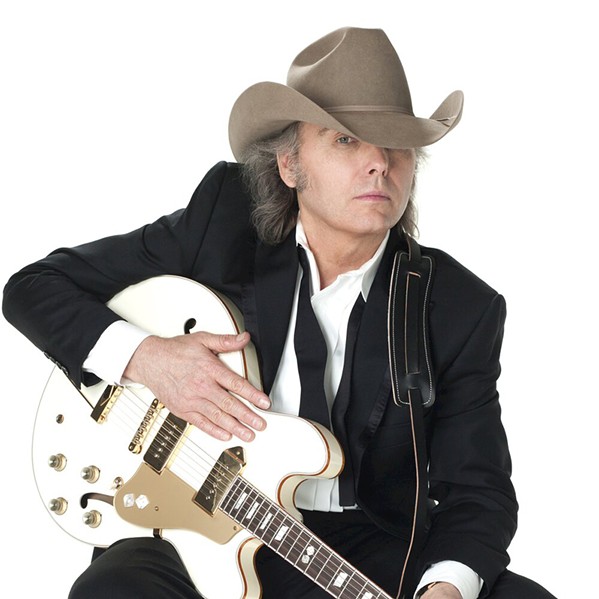 What's better than a cold beer on a warm Paso night listening to country music in the Chumash Grandstand Arena? Not much! The California Mid-State Fair is back this year, and Dwight Yoakam plays the 2021 Bug Light Seltzer Concert Series this Thursday, July 22 (7:30 p.m.; all ages; $50.50 to $72.50 at midstatefair.com).

Yoakam's a certified superstar who's sold more than 25 million albums, won two Grammies and received 21 nominations, and had five Billboard No. 1 albums. He's got a deep catalog of hits such as "Honky Tonk Man," "A Thousand Miles From Nowhere," and "Ain't That Lonely Yet." King Leg opens the show.

Big & Rich plays the Grandstand on Friday, July 23 (7:30 p.m.; all ages; $50.50 to $100.50 at midstatefair.com). These two Technicolor cowboys are big and brash and hit the ground running in 2004 with their debut album, Horse of a Different Color, which produced four Top 40 country hits. Callie Twisselman opens the show, and don't forget there's also plenty of free entertainment with your fair admission on the Fort Frontier Stage and Mission Square. 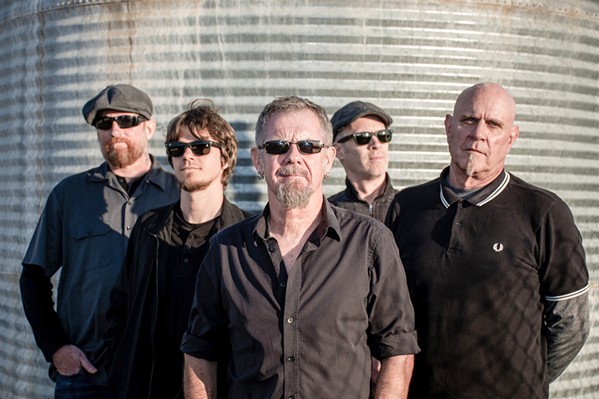 Celtic rockers The Young Dubliners have been road warriors forever, crisscrossing the globe and bringing their brand of Irish rock to the masses, but like all bands, they were waylaid by the pandemic. Now they're about to embark on a limited summer and fall tour, and because frontman Keith Roberts made SLO County his home base a few years ago, the band will kick off their tour this Friday, July 23, at Paso's Cal Coast Brewery (8 p.m.; $20) before heading to the East Coast, Midwest, and back across the country.

They're also taking 150 lucky fans with them on their tour to Ireland, Oct. 30 through Nov. 8. If you've got an extra $3,200 lying around and want to see the Emerald Isle from the Young Dubs' perspective, visit youngdubliners.com and jump on board! 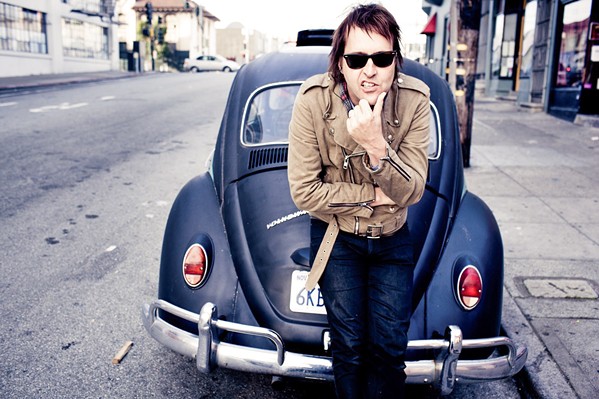 This Saturday, July 24, at SLO Brew Rock, The Casual Coalition and alt-country icon Chuck Prophet will re-create in its entirety Bob Dylan's classic 16th studio album The Basement Tapes (1975), which Dylan recorded with The Band in 1967 (7 p.m.; all ages; $20 at ticketweb.com or $25 day of show). The Bay Area all-star band features members of The Mother Hips, Phil Lesh & Friends, and The Mars Hotel. This is a standing-room-only show.

Also at SLO Brew Rock, check out a reggae extravaganza featuring Kash'd Out with Bikini Trill, Cydeways, and Bonzai, next Thursday, July 29 (7 p.m.; 18-and-older; $12 at ticketweb.com; standing room only). Kash'd Out is in the midst of their "Way Too High For This Tour," and they and alternative-reggae band Cydeways are both LAW Records recording artists.

Kenny Lee Lewis is a longtime member of the Steve Miller Band and a kickass guitarist and singer who calls SLO Town home, so when he's not on tour with Miller, he plays in a few local acts including FrenZ, which is made up of "like-minded San Joaquin Valley-raised musician/singer/songwriters who enjoy coming together and paying homage to the golden era of '60s and '70s classic rock, R&B and mild prog."

Food, beer, and wine are available, and the historic site will be open for touring. The gift shop will also be open, and docents in period attire can lead you through the area and regale you with lighthouse stories. Seating is provided. 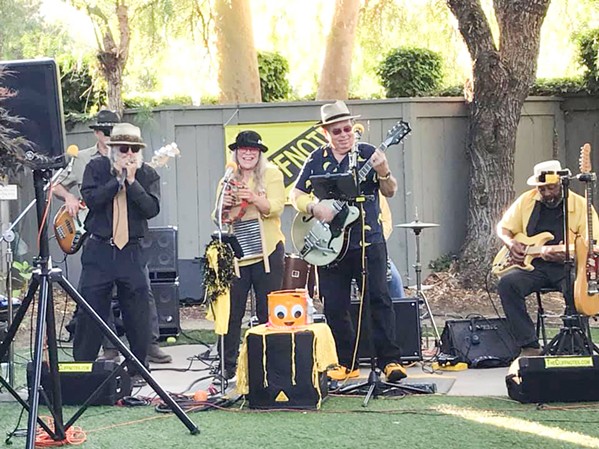 "At our Avila Bay Club post-COVID debut last Friday, I overheard someone saying, 'They're a high-energy band!'" bandleader Cliff Stepp said. "I told my bandmates that was great review for a band whose combined age is a thousand and something. We're back to rattle some stemware at Morro Bay's Savory Palette."

If you like New Orleans-infused boogie blues played by really old people (Just kidding! They're "veteran" musicians with tons of experience!), you'll dig these guys! Plus, they have a bubble machine!

On Thursday, July 22, Burning James (of Funky Flames fame) plays a solo show at Puffers of Pismo (7 to 9 p.m.). Said James, "My solo shows don't happen all that often, and they give me a cool opportunity to dive into a different take on performing." He and his trio Burning, Bad and Cool will play Monday, July 26, at Rock-n-Osos (1236 LOVR, Los Osos; 5 p.m.)

Excellent singer-songwriter Charlie Baker will roll through the area this Saturday, July 24, when he plays a solo acoustic show at the Sea Pines Golf Resort clubhouse (6 to 8 p.m.), a precursor to his headlining full band gig at Sea Pines' "Concert on the Green" next Saturday, July 31 (3 to 6 p.m.). This guy's opened for the likes of Warren Zevon, REO-Speedwagon, and The Lovin Spoonful. He writes terrific songs.

The Rockin' Bs—Julie Beaver (fiddle, mandolin, and vocals), Kenny Blackwell (guitar and vocals), and Wally Barnick (bass and vocals)—play Milestone Tavern next Thursday, July 29 (5 to 8 p.m.; free; all ages). All three of these musicians are amazing, and they sing beautifully together! 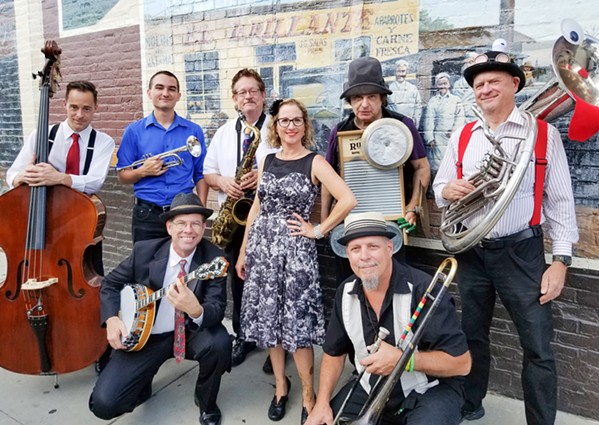 The Basin Street Regulars are continuing their monthly livestream concerts as they await their regular venue at the Pismo Vets Hall to reopen. This Sunday, July 25, they're hosting the Barrelhouse Wailers, who'll serve up some Prohibition-era hot jazz and blues music of the 1920s and '30s (2 p.m. on facebook.com/BasinStreetRegulars or YouTube linked through pismojazz.com).