The Most Dangerous Animal of All goes in unexpected directions

THE MOST DANGEROUS ANIMAL OF ALL

Created by Kief Davidson (The Ivory Games) and Ross M. Dinerstein (The Innocent Man), this documentary miniseries introduces us to Gary L. Stewart, a man in search of his past. He's always known he was adopted, but when in adulthood he meets his birth mother, Jude Gilford, he becomes obsessed with discovering who his birth father is, and whether his father is the infamous Zodiac Killer. Told through archival elements, contemporary interviews, and recreations, one man's search for his identity leads to unexpected revelations. (four approximately 40-min. episodes) 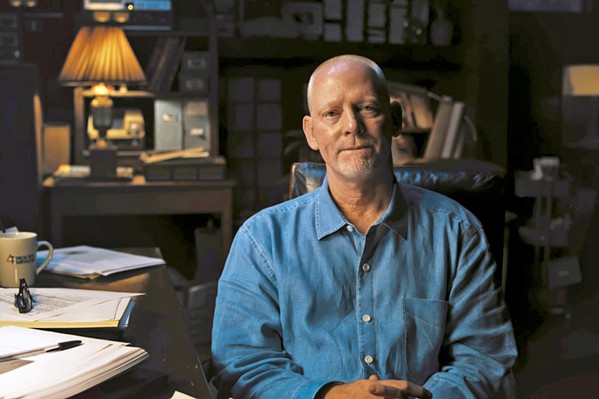 Glen You'd be forgiven for thinking you'd wandered into another pedestrian true-crime TV documentary when you begin this four-part miniseries. After all, at first glance it feels like another investigative rabbit hole of laboriously piecing together and reexamining evidence and making connections the police simply missed. It's also about the Zodiac Killer, who terrorized Northern California from the late 1960s into the early 1970s. He was never caught, but he taunted the police with letters and cryptograms and has inspired myriad movies, books, and TV documentaries like this one. What makes this particular offering interesting is it's less about whether Gary Stewart's biological father was a remorseless murderer and more about obsession, self-identity, memory, judgment, and the power of confirmation bias. Stewart is sure he's solved the mystery, and indeed, he offers compelling evidence of a connection between his oddball bio-dad and the mysterious psychopath called Zodiac, who appeared to travel strangely parallel paths. If you can get through the first episode, the series is undeniably engrossing and thankfully surprising.

Anna Theories around the elusive Zodiac are a dime a dozen, and as a true-crime junkie, I've stumbled across more than a few, often with major flaws in the connections. Stewart's story and theories certainly fall into that same area, but the brilliance of this miniseries is that it travels outside of that narrow lane. While it's easy enough to speculate on why Stewart would so doggedly want to make connections between his biological father and the monster who terrorized NorCal, it becomes clear that the draw to make any connection at all is what matters. His desire to find his birth mother has been a constant in his life, and when he was finally able to find her, he didn't find answers. At 14 his mother ran away with the much older Earl Van Best Jr., and the events that followed seem to be a dark spot in her memory, and soon the few things she does remember don't add up. It's a pretty fascinating ride, and whether you buy Gary's theories or not, there is a lot more story here than just a hunt for the killer.

Glen As an adoptee, I'm aware of the book Stewart references early on, The Primal Wound: Understanding the Adopted, which argues that being separated from your birth mother results in a host of long-lasting psychological afflictions from fear of abandonment to difficulty bonding. Stewart's been married five times and is in search of answers to his perceived character flaws. As he learns about his pedophilic father, he finds another reason to shift the blame for his difficulty connecting with others. This is clearly a case of someone latching on to an idea and finding evidence to confirm it, and when confronted with evidence that disproves his idea, he can't accept it. It's a common pathology and also a destructive one, and it's important to note that Stewart spent 17 years of his life researching his father and the Zodiac, and that he wrote a New York Times Best Selling book with co-author Susan Mustafa, who's vastly more clear-eyed about Stewart's crumbling theory. In retrospect, she is aghast that she was swept up in Stewart's obsession, while he's invested so much of his time and identity in believing he's the son of the Zodiac Killer, he simply can't let it go. It's almost as if 50 years later, the Zodiac has collected another victim.

Anna Unsolved cases are infuriating, especially in cases like the Zodiac where he taunted victims and authorities for so long. If only DNA could pin this guy down as it did the Golden State Killer, Stewart and many theorists like him could put their ideas—right or wrong—to bed. Admitting Best wasn't a famed serial killer would mean Stewart may have to admit something else: Maybe his father was just a pedophile and asshole. The man who abandoned him may not be "special" at all, even in terrible and dastardly ways. You feel for the abandoned kid in Stewart just looking for some answers. Is he reaching conclusions before finding evidence? Most certainly. Does he deserve to know and understand his birth parents and the first few months of his life? Yes, he does. I watch a lot of documentaries and series in the true-crime genre, and this one stands out for telling the story behind the story and the consequences of bending fact to fit a desired narrative. Δ