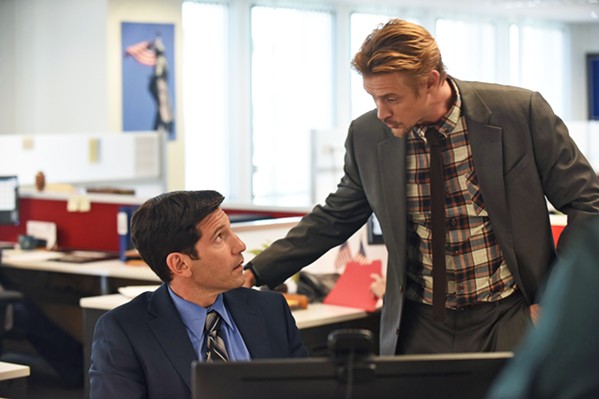 B.J. Novak presents us with five different stories from banal to engrossing: In "The Ballad of Jesse Wheeler," for instance, a pop star promises sex to the valedictorian of his alma mater high school therefore upping the overall GPA of the graduating class. In my personal favorite and arguably the most poignant episode showing the aftereffects of gun violence, "Moment of Silence," the protagonist tricks a gun lobby into a PR nightmare.

The Premise acts as a book of short stories put on screen, each tale with its own moral takeaway. Novak is a funny guy—a great writer who's put out myriads of solid content, and this latest project is definitely his baby. It hasn't gotten wildly wonderful reviews, and I can see how some of the themes and the short narrative format may not appeal to all, but upon deeper inspection, this series really is trying to get its audience out of their own head and into a storyline that doesn't take hours or weeks to watch.

I'm reminded of a lot of the early quarantine content we had when art had to be made in 6-foot bubbles. This is not as isolated as that, but the individual stories make it feel different than typical TV. Novak gets a kick out of making his audience a wee bit uncomfortable, and The Premise is no different in that regard. (five 30-min. episodes) ∆