The RVs for Vets Program provides housing through donation coordination

In 2013, Cherie Michaelson was busy. Being a wife, a mother, and working full time aren’t easy for anyone—especially someone jumping right in the middle of a brand new nonprofit organization. Building on the experience she acquired from working closely with Hope’s Village, another nonprofit in the county, Michaelson became involved with Paso Cares with the goal of providing food, clothing, and shelter for a portion of San Luis Obispo County’s homeless population.

Michaelson’s immediate focus was finding permanent housing for homeless veterans any way that she could, so she brought an existing program from Hope’s Village to Paso Cares, the RVs For Vets Program. Since 2013, the program has provided housing for 25 veterans and families through the coordinated donation of recreational vehicles. 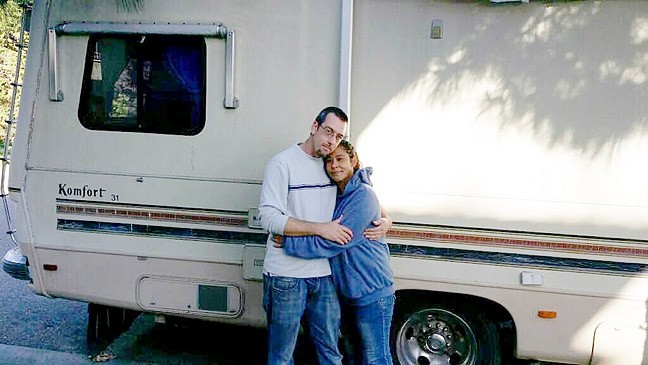 According to the 2015 San Luis Obispo Homeless Point-In-Time Census and Survey, there are 130 homeless veterans on the Central Coast during any given 24-hour period. Of that number, an overwhelming 87 percent of individuals are considered to be “unsheltered.”

All that veterans need to qualify for the RV program is their DD214, a form proving they have been discharged, honorably or dishonorably, from any branch of the United States Armed Forces.

“I get a call from a vet and I take their name and number,” Michaelson said about the process, adding that the veteran is then put on a list so that he or she can be contacted when a donation is made. “I don’t ask a lot of personal things. If you are a homeless veteran and you need something—I put you on the list.”

Michaelson describes the process as a gift from one person to another and notes that the individuals donating the vehicles go above and beyond, often showing the vets the ins and outs of the their new home as well as going with them to the DMV to transfer ownership of the vehicle.

George Persico, a Vietnam veteran who suffers from PTSD, was living in his car at Vandenberg Air Force Base when he met someone living in a trailer donated through the RVs For Vets Program. He made the call to Michaelson and in two months he was donated a motor home in which he still lives.

“For me it was a life changer,” Persico said. “I went from staying in the car to a nice motorhome with a kitchen and a propane stove. It really turned things around for me, and I kind of got back on my feet.”

The program accepts donations of motorhomes, trailers, and fifth wheels and donates them on a first come, first served basis. Donated vehicles deemed unfit or mechanically unsound are given to other charitable groups who repair and return them so that they can be given to a veteran.

“It’s just so cool,” Michaelson said about the coordination between Paso Cares and other nonprofits in the county. “We’re all on the same page about just trying to help people. It’s a good thing—it’s a really good thing.”

Visit pasocares.org/rvs-for-veterans.html or call Cherie Michaelson at 712-7067 to learn more.

CenCal Health is partnering with the Community Action Commission of Santa Barbara County and Senior Nutrition Program of SLO County so that the commission can continue to serve 150,000 meals to 1,400 senior citizens in the community. The partnership will also enable the Senior Nutrition Program to provide 36,500 meals to 100 seniors this year. There will be a dinner held on June 2 for any members of the community interested in joining CenCal in support of these organizations. For more information, visit snpslo.org or call 541-3312.