This year, film buffs and festival enthusiasts can attend the virtual SLO International Film Festival in their own home theaters (aka living rooms) March 9 through 14, with the exception of Surf Nite on March 10 at Sunset Drive-In. Visit slofilmfest.org for more info.

About a year ago, the SLO International Film Festival was forced to cancel all live events amid coronavirus worries. At the time, then Festival Director, now Artistic Director, Wendy Eidson wondered how the festival would go on in the future. But she was optimistic, noting she and the festival organizers had a whole year to watch how other film festivals proceeded through the pandemic and plan how our festival might continue safely in the unlikely event that social gatherings continued to be prohibited.

Well, here we are nearly a year later, and sure enough, the pandemic rages on. The good news is so does the SLO Film Fest, scheduled for Tuesday, March 9, through Sunday, March 14—presented entirely virtually save for Wednesday, March 10, Surf Nite, to be held at Sunset Drive-In.

For the film-loving homebodies among us, this is no doubt excellent news. Not only do you get access to all the films, you get to stay wrapped in your comfort cocoon, safe from COVID-19 and near your very own refrigerator.

"All movies will be accessible virtually this year, and not in person," Eidson noted. "This actually gives everyone more time to watch our festival films because they'll all be available for all five days, March 10 through 14, after our opening night film on March 9. We'll also be doing virtual Q-and-A's with many of the filmmakers, and a lot of them will be sharing suggestions ahead of time for food and drinks they think pair well with their films.

"You'll have plenty of opportunities for small social gatherings with your 'bubble-mates' to help make the festival in your own home as much fun as possible."

There are too many films to list in their entirety, so visit slofilmfest.org for more info, but here are some of this year's highlights. 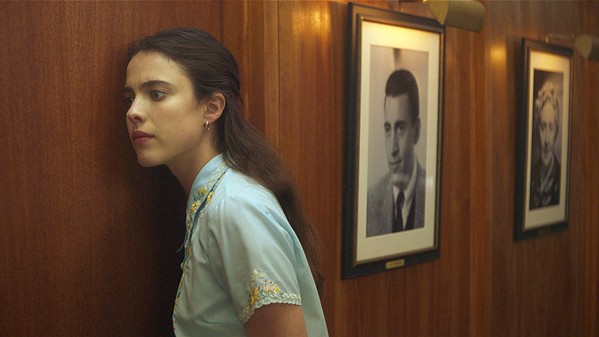 Opening night begins with a virtual screening of My Salinger Year, a brand new film that will make its theatrical release on March 5, right before its Tuesday, March 9, virtual screening (6 p.m., followed by a Zoom Q-and-A). Written and directed by Philippe Falardeau (The Good Lie) and based on Joanna Smith Rakoff's novel of the same name, the film follows a college grad Joanna (Margaret Qualley), who takes a clerical job working for a literary agent, Margaret (Sigourney Weaver), who represents notoriously reclusive writer J.D. Salinger (Tom Post).

Perhaps the festival's most popular event, Surf Nite, will go on at a new venue. Instead of the Fremont Theater, lucky ticket-holders will go to the Sunset Drive-In on Wednesday, March 10 (doors at 6:30 p.m.; films start at 7:30 p.m.; $45 per car), for a screening of big-wave film White Rhino (2019), which chronicled three historic swells that hit the South Pacific in 2011-12, and Bruce Brown's 1964 classic The Endless Summer. This event will undoubtedly sell out, so if you haven't bought tickets and you want to go, put down the paper (or your device) and buy them right now!

"There was a lot of disappointment surrounding the abrupt cancellation of last year's festival, and even though we were quickly able to offer many festival films online, Surf Nite was one event that was hard to quickly share that way," festival organizers said. 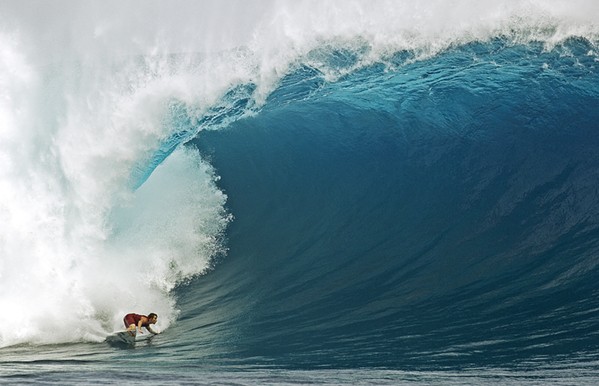 "Surf Nite in SLO is one of those rare events that is fueled by the energy and enthusiasm of the crowd that attends each year. So it is with great excitement that we announce the return of the movie we wanted to present in March 2020, this time on the super big screen at the landmark Sunset Drive-In. And it's a double feature no less!"

White Rhino features amazingly harrowing footage of some of the biggest and sickest waves ever captured on film with big-wave riders Nathan Fletcher, Dave Wassel, Bruce Irons, and Mark Healey doing the impossible.

At the drive-in, audio is played through a lower-power FM station, so bring a radio if you're concerned about your car battery. The concession stand will be open, but health and safety guidelines will be enforced, including the use of face coverings when visiting the concession stand and bathrooms. You must view the films from inside your vehicle. Outside alcohol is prohibited.

On Thursday, March 11, there'll be two panel discussions on Zoom. At 4:30 p.m., join the Central Coast Filmmaker Mixer, and at 6 p.m., join the panel "From the Bottom Up: Building Representation in Film."

Foodies will want to check out "Culinary Adventures in Film" on Friday, March 12, and its 6 p.m. movie trivia Zoom hosted by Larry Peña (Brain Stew Trivia).

The King Vidor Award Tribute is scheduled for Saturday, March 13, at 7 p.m., followed by a Zoom afterparty with a DJ set.

The festival ends on Sunday, March 14, with a film I've been wanting to see since local photographer and now filmmaker Brittany App announced she was making it: Where There Once Was Water, which will become available for viewing starting at 9 a.m. that day. There will also be a Zoom panel discussion for that film following the closing-night awards ceremony that begins at 5 p.m.

In between, festival pass holders will have access to domestic and international narrative and documentary features and short films; a new category this year—music videos—which are fantastic; and other special online events.

Current Festival Director Skye McLennan announced in press materials, "Following last year's whirlwind experience to shift our film festival to an online presentation seemingly overnight due to the onset of the pandemic, it's a gift to know that the same dedication we put into selecting our films is matched by the SLO Film Fest audience's anticipation to see them—virtually or in person.

"But safety is still the priority," she continued, "so while we will all go to the drive-in for Surf Nite, the rest of the time we will once again be coming into our film-faithfuls' homes to deliver the best movies we could find."

Despite the pandemic, this promises to be a festival to remember. Δ