To “shamble” means to walk awkwardly, and a “shambles” is a messy scene, but there’s nothing awkward or messy about local trio The Shamblers’ excellent new album, Steps Towards Home. 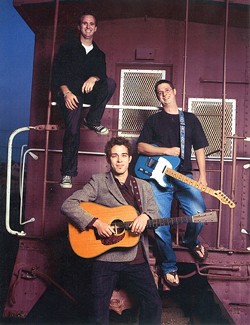 Each of its nine songs are little revelations, starting with the lead track All Good People, which opens with melodic guitar picking and this verse: “Tweedle dee and tweedle dum these happy feet walk dirty streets. Rock rock’a’baby rock’a’choo I’m heading west where beggars choose. Country girl, ain’t you wild? All good people walk this mile.”

You can’t help but get sucked into these worlds created by front man and chief songwriter Lucas Ohio, whose dusty voice seems perfect for delivering these tales. He sounds not unlike M. Ward, a former SLO Towner too big to be trapped in the little musical way station called the Central Coast.

Later this summer, Ohio is heading back to Nashville, where last summer he spent a week playing solo gigs and making inroads into the music industry. He plans to perform solo and explore opportunities with publishers, record companies, and management firms.

Before then, you can see The Shamblers when they play an album release party this Friday, July 11 at Downtown Brew. Cuesta Ridge and Mo’ Diggs will open the 8 p.m. 21-and-older, $8 advance/$10-at-the-door show. Tickets are available at the venue, Boo Boo Records, and www.ticketweb.com.

For those not in the know, the three original members of Israel Vibration—Lascelle “Wiss” Bulgin, Cecil “Skelly” Spence, and Albert “Apple Gabriel” Craig—first met as children at Kingston’s Mona Rehabilitation Center, where all three received treatment for polio. Through a shared spirituality and faith in Rastafari, a friendship was forged that overcame their illness and poverty.

Eventually the trio was expelled from the center due to their spiritual beliefs, so they took to the streets of Kingston, where they harmonized for their suppers. Since then they’ve become international superstars. In 2007, Israel Vibration released Stamina on Doctor Dread’s newest label, Tafari Records. They continue to tour the world, performing more than 100 concerts per year, despite their disabilities.

The man, the myth, the legend

But Russell was too freakin’ good to remain in the background. His solo career included seminal albums in the rock, blues, and gospel genres, and while his fame peaked in the late-’70s, he’s continued to be a hard-touring phenomenon, delivering memorable performances everywhere he plays.

Don’t forget that local groove rock band Still Time plays Downtown Brew this Thursday, July 10, as the send-off party for their upcoming West Coast Summer Tour, which takes the band through California, Oregon, and Washington to promote their debut album, Stream of Consciousness, which has sold more than 1,500 copies since its release six months ago. Local boys Cuesta Drive, San Francisco-based Dogman Joe, and local favorites Criticnue will open. “We’re really excited to hit the road for the first time after John (our drummer) has graduated and we’re not really bound to anything right now except playing music,” said singer-guitarist Dan Curcio. “This show at Downtown Brew will be an awesome way to start off our tour and we’re looking forward to partying a bit with friends before we leave for the summer.” This all ages, 7:30 p.m. show costs $7 in advance at Boo Boo Records and the venue, or $10 at the door

If you need a little spice in your life, check out the Latin guitar, world fusion sound of Incendio, which plays Friday, July 11, from 5:30 to 7:30 p.m. at City Park in downtown Paso Robles. With six albums under their music belts, the band draws from a rich selection of fiery music. They dare you not to dance. This show is free.

Local band Impromptu will blend acoustic-electric rock with Caribbean rhythms and a dash of funk at Rio Seco Winery in Paso Robles this Friday, July 11, from 6 to 9 p.m. for an outdoor concert, barbeque dinner, and winetasting. $12 at the door!

She’s got a voice to die for, a face to live for, and the kind of personality you want to bring home to meet your mother. Too bad she’s married! But you can still hear Inga Swearingen when the gifted jazz vocalist performs with the Mike Raynor Group on Friday, July 11, at the Inn at Morro Bay, from 7:30 to 10:30 p.m. In 2003, Inga became the first winner of the Shure Jazz Voice competition at the world-renowned Montreux Jazz Festival. She’s also performed multiple times on the live NPR broadcast A Prairie Home Companion with Garrison Keillor. Her two self-produced albums, Reverie with The Bill Peterson Trio (2005), and Learning How To Fly with Trio 14 and Linda Vanasupa (2003), will be available for purchase.

Carpinteria-based narrative singer-songwriter Jackie Morris plays Linnaea’s Caf» this Friday, July 11, from 8 to 10 p.m., performing her original folk songs that make occasional forays toward Country and Western, vintage “rockers,” or flamenco rhythms. Selections from her debut album, Where the Legends Grow Like Weeds, have been played on numerous NPR stations across the country, including the Minstrel Song Show on KCBX.

James Lee Stanley has shared stages with comedians Steven Wright, Bill Cosby, and Robin Williams, as well as musicians Bonnie Raitt, Robin Trower, and Chick Corea. His recording career spans four decades and 19 CDs, including collaborations with Peter Tork of The Monkees, novelist Tom Robbins (Even Cowgirls Gets the Blues), and backup from Timothy B. Schmidt of The Eagles and Paul Barerre of Little Feat. This Friday, July 11, he returns to SLO Town to play an 8:30 p.m. show at The Clubhouse. Tickets cost $15. All ages are welcome.

I don’t know what K.R.E.E.P. stands for, but the Cambria quartet that formed in 2007 for a “one time gig only deal” hasn’t been able to stop playing. Featuring Erik Cooper (lead guitar), Ross Woodland (drums), Eric Pettit (bass), and Katrina Resewehr (voice), the band covers “deeper than the depths of mainstream rock. Sabbath to Sublime.” We’re talking about some fierce rock’n’roll, people. See them Friday, July 11, at 9 p.m.

Get yer country on at Sweet Springs Saloon this Friday, July 11, when hard scrabbled quartet Red Eye Junction headlines a show with opening act Brian Jay & The Last Call Boys. The 9:30 p.m. show’ll set ya back $5.

Corinne West returns to Green Acres Lavender Farm this Friday and Saturday, July 11 and 12, for 7 p.m. concerts. She cut her teeth as a musician by joining a troupe of traveling artists before settling into a critically acclaimed folk career. The shows cost $20.

There’s way too many exceptional performers in the Festival Mozaic to list here, but suffice it to say, performers at what was formerly known as the Mozart Festival will be covering five centuries of music during the event that runs from Friday, July 11 through Sunday, July 27. Visit festivalmozaic.com for complete listings and to purchase tickets.

Bluegrass quintet Better Late Than Never will bring its blend of traditional and contemporary styles to the next Red Barn Community Music Series concert this Saturday, July 12, at 7 p.m. at the Red Barn in the South Bay Community Park in Los Osos. There’s also a 6 p.m. potluck, and a $10 donation is requested at the door.

Have some fun with Functus this Saturday, July 12 when the jazz-funk-rock trio†gets the dance floor shaking at Sweet Springs Saloon at 9:30 p.m.

The 3rd Annual Village Summer Concert Series brings two vintage rock groups to the Rotary Bandstand on the Village Green in the Historic Village of Arroyo Grande this Sunday, July 13, at 1 p.m. Still Evolving is an Orcutt-based trio with an eclectic set-list that spans decades. The House Red Band performs vintage rock, soul, and blues classics. Kick up your feet at this totally free concert!

Trumpeter Bob Summers plays the Famous Jazz Artist Series at the Hamlet in Cambria this Sunday, July 13, at 4 p.m. ($15) and 7:15 ($12, or see both shows for $20). This prolific West Coast jazzman was a featured soloist with the legendary Count Basie orchestra. He’ll be joined by Dylan Johnson (bass) and Darrell Voss (drums), as well as series co-producers Charlie and Sandi Shoemake (piano, vibraphone, and vocals). Call 927-0567 for reservations. 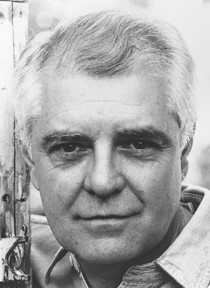 Downtown Brew will host one stop on the West Coast Afrofunk Festival tour this Wednesday, July 16, for an 8 p.m., 21-and-older show that features SambaDa, Sila and the Afrofunk Experience, and DJ Jeremiah. SambaDa features Brazilian natives Papiba Godinho and Dandha da Hora, who bring their knowledge of and respect for the roots of Afro-Brazilian song and dance. Sila and the Afrofunk Experience features singing in both English and Swahili, and a funky fusion of African rhythm, funk, soukous, Afrobeat, and reggae. DJ Jeremiah grew up in the troubled African nation of Liberia. Afrofunk Festival benefits House of Hope in Uganda, which helps children orphaned as a result of the AIDS epidemic.

Bill Evans (banjo, guitar, vocals) and Megan Lynch (fiddle, vocals) will appear at Monteleone’s on Wednesday, July 16, at 8 p.m. to perform traditional banjo and fiddle tunes and beyond. The both have amazing voices, and they’re funny! World-renowned California bluegrass banjo player and Banjo For Dummies author Bill Evans has performed with Dry Branch Fire Squad, David Grisman, Peter Rowan, Tony Trischka, Laurie Lewis, Maria Muldaur, and Jody Stecher. Megan Lynch won her first National Fiddle Championship at age 8 and followed that with three consecutive wins at ages 10, 11, and 12. She’s performed with West Coast supergroup Due West, as well as singer Kathy Kallick. This ought to be a helluva show.

Not music, but just as cool!

Boo Boo Records is known for its excellent selection of music, movies, and memorabilia, so the downtown record store hasn’t gone too far afield with its next big event: Illustrator R. Black is riding his 1979 Vespa from Oakland to San Diego, stopping at Vespa shops, and comic book and record stores along his route.

Known for his sharp design and sleek eroticism, Black has created posters for some of the world’s hottest bands from Bauhaus to Elvis Costello to The Black Keys.

He’ll be at Boo Boo’s on Wednesday, July 16 at 5 p.m. to sign copies of his recent release, L’ Art de R. Black: Futura, published by Dark Horse Books. He’ll be up to talk about whatever is one his mind, and with Sharpie in hand, ready to sign or draw on whatever is thrust before him. All ages welcome!

Glen Starkey is siphoning your gas as you read this. Tell him about your locking gas cap at
gstarkey@newtimesslo.com.