The Shrink Next Door 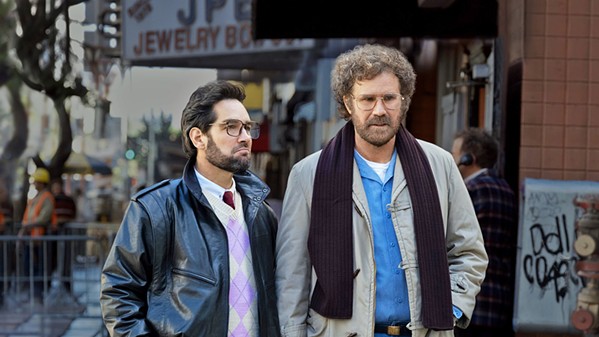 Where's it showing? Apple TV Plus

While the television series doesn't seem to be quite the hit its podcast predecessor was, The Shrink Next Door manages to stay compelling (and infuriating) in this eight-part miniseries. Do audiences not want to see America's sweetheart and People magazine's Sexiest Man Alive Paul Rudd play the part of a conniving shyster? My guess is no, but Rudd brings it in his portrayal of real-life psychiatrist Isaac "Ike" Herschkopf, who for more than 30 years took advantage of a bunch of patients. But the focus here is on his biggest get, Marty Markowitz.

Will Ferrell stars as Marty and plays the part of a patsy well. He's unassuming and sweet, just looking for some guidance after the death of his parents. Through his own brand of "therapizing," Ike's approach with his clients was friendship, whether real or manufactured, to gain their trust and then manipulate them into doing whatever it is he wanted. He is a fame chaser, filling endless frames with photos of himself and celebrities and sports stars, throwing lavish parties and building a life that was a house of cards, lie after lie piling up on each other.

I had listened to the Wondery podcast when it first came out and was familiar with the story, the conclusion, and the aftermath, but Rudd and Ferrell breathed new life into these characters I already thought I knew. The whole series is now on Apple TV, and if you're a subscriber, it's definitely bingeable. If you want to get even more in depth with the story after that, give the podcast a listen. It's a wild ride, and what this con artist shrink pulls off is both disgusting and incredible. (eight 35- to 49-min. episodes)