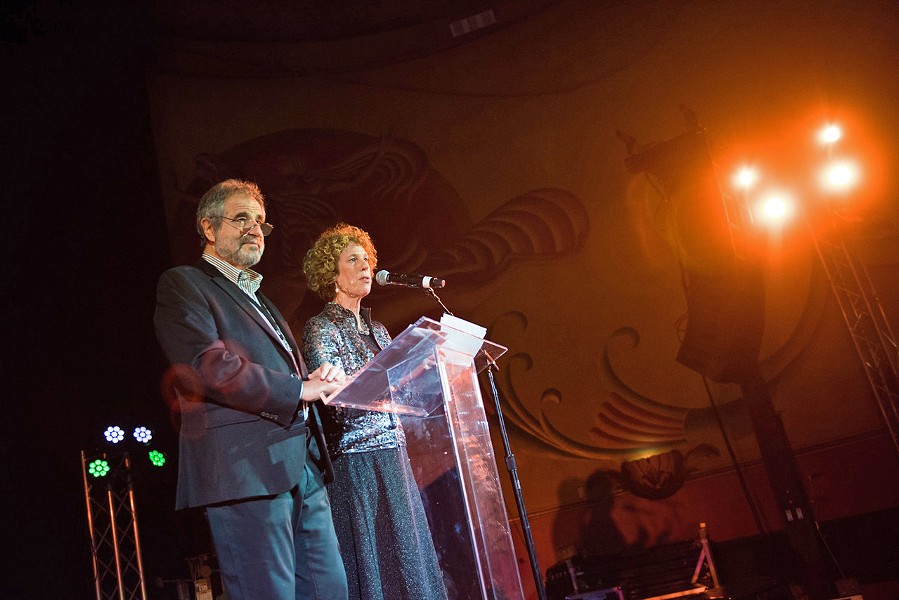 Exactly nine weeks ago, writer-director Lawrence Kasdan graced our cover ("And the award goes to ... ," March 12, 2020), and we looked forward to seeing his films and watching him receive this year's King Vidor Award from the San Luis Obispo International Film Festival.

Last week the festival posted a video on its website of Kasdan offering a short acceptance speech for the award from his backyard in Los Angeles. In between, we've all been living an unexpected real-life sci-fi horror film where we've been quarantined as a pandemic has wiped out about 300,000 people worldwide.

For the first time in its 27-year history, the local film festival was forced to cancel its six-day March event—no films, no gala events, no Kasdan. What this will mean for future festivals isn't entirely clear, but New Times spoke via phone to Festival Director Wendy Eidson, who talked about how the festival continues to connect to audiences, what COVID-19 might mean for future film submissions, how the festival will weather the financial storm, and what we can expect going forward.

Currently under the "Watch at Home" tab on its website, the festival is making some of its films available for home viewing.

"We're doing a little series we call 'The Best of the Fest,' screening films from the last 10 years once a week until sometime in June," Eidson explained. "We're always looking for other ways to connect with our audience."

Because none of us currently knows what the future will hold for events like the SLO Film Fest, Eidson says she's trying to figure out her options going forward.

"Yes, we're definitely working on a contingency plan," she said. "We feel very lucky to have been able to do some things online, to have the virtual option because we're a film festival. We also get a whole year to sort of watch what other festivals do and hopefully learn from them before 2021. We obviously hope to have an in-person festival, but it is possible to do it virtually."

"It was great to watch Larry [Kasdan] accept his award and listen to his speech from his backyard, but it's not the same as if he was on stage at the Fremont with Ben Mankiewicz," Eidson noted. "We have no intention to just be a virtual festival, but this year has shown us that it could be a component, giving people the option to stay home but still participate, but I'm not concerned that people will stop coming if they have an option because there's always people who want to get off the couch and come mingle."

The festival has been wildly successful in the past, and for the second year in a row, MovieMaker magazine has included it in its "Fifty Festivals Worth the Entry Fee" list.

"Yes, they put us on the list again, which is fantastic because it helps us get more film submissions," Eidson enthused. 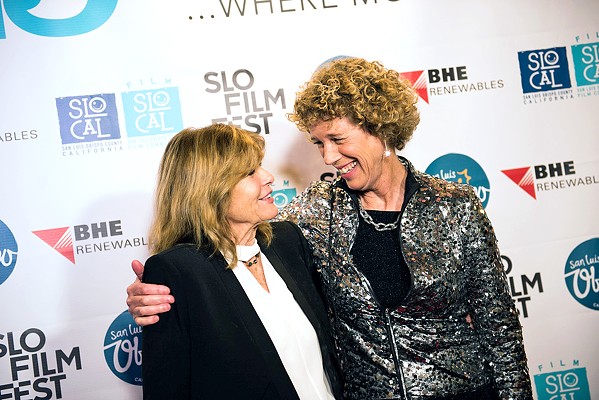 She also noted, however, that COVID-19 is having an effect on not only film festivals, but the very film industry itself. Is she concerned that might affect the number and quality of submissions for the 2021 festival?

"Yes, in a word, I'm definitely worried. I have no idea how this will impact filmmaking, but I can't imagine it's going to be good. We're planning on accepting submissions in July, as usual, so we'll know a couple months after that what kind of effect it will have."

It would be a shame to not have an in-person festival. So much of the fun is mingling with filmmakers and hearing them explain their craft in Q-and-A's.

"We have so many cool filmmakers who come, and each one of them along with screening their film would be a worthwhile event, but we put together 60 or 70 of those every year," Eidson continued. "It helps that we have a really good reputation around the world. We have consistently good quality films, we're well organized, and we're friendly—and also SLO's beautiful in March, and we have great wines."

"All the various people are busy filming, and it's really hard to pin them down or know if they'll be available," she explained. "One woman I was working on for this year—and I don't want to mention her name because I'm still hoping to get her for next year—got called away for a film one week before the festival. The more worthy they are, the busier they are."

And what about the loss of revenue from this year's festival?

"I don't think this is a great time to have our hand out," Eidson said, "and we're very lucky to have great sponsors, including New Times, many of whom have donated money for the 2020 festival and plan to donate again for the 2021 festival even though we didn't get to hold the festival in person this year."

Here's hoping the 2021 festival returns in all its glory, but if it doesn't, Eidson and the SLO International Film Festival will find a way to connect film lovers with filmmakers. Δ