The SLO Symphony is 51

Last year, the San Luis Obispo Symphony turned 50, and you bet they celebrated with a pretty epic concert. First they premiered a new piece by composer Craig Russell, then they topped it off by doing Beethoven’s 9th in its entirety, which, if you happened to be sitting in the first row, was super intense, like watching a plane take off right in front of your face. 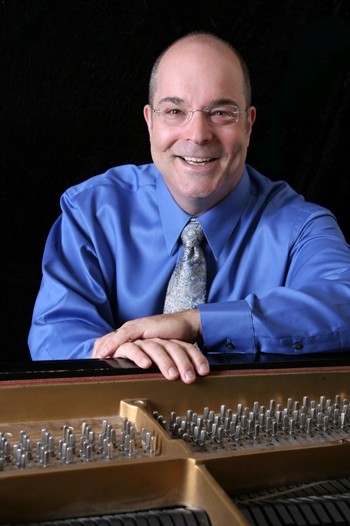 This year, the SLO Symphony concludes its 51st season in a more subdued but nonetheless elegant fashion, with Mozart’s Overture to La clemenza di Tito, Beethoven’s Piano Concerto No. 2, and Brahms’ Symphony No. 2. The performance, which takes place Saturday, May 5, at 8 p.m. at the Cohan Center, features Norman Krieger on piano, with musical direction by Michael Nowak.

“The Mozartean gift is apparent even in the opera’s overture, finished at dawn on the day La clemenza di Tito was to premiere,” read the program notes, written by Dr. Alyson McLamore. “A portion of the overture is particularly stormy and dramatic, much as the opera contains intrigue and peril. The noble fanfare returns, followed by general exultation, again resembling the joyous celebration after Titus performs his final generous act of clemency.”

Brahms’ second symphony, similarly, is alternatively sunny and dark. The composer warned his publisher that “the new symphony is so melancholy that you will not be able to bear it.”

“In some ways, Brahms was not teasing at all,” McLamore writes. “Although the symphony opens with a great deal of warmth, somber overtones are not far away.”

Depending on how you look at it, Beethoven’s second piano concerto could also be considered his first. The composer spent many years revising the work, completing and publishing another concerto in the meantime, so that the original piano concerto became known as Piano Concerto No. 2. Come see what took him so long.