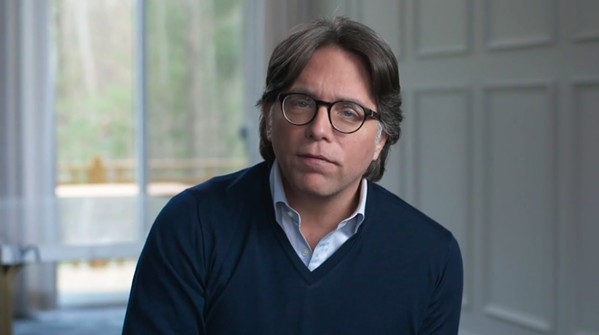 HBO's new series The Vow is an in-depth look at NXIVM and its leader Keith Raniere's rise and fall as he indoctrinated, brainwashed, and recruited members of his self-described "multi-level marketing company." Behind the guise of betterment and self-improvement, Raniere's reign of terror left families torn apart and women branded and imprisoned into sexual slavery.

To be in the club is to be exclusive, but soon the simple idea of finding your joy is overshadowed by the power-hungry, conniving Raniere and those he has recruited as his closest followers. The series combines footage of Raniere in various talks and interviews, woven with talking heads of former members and experts who bring closely held and private truths about the inner-workings of the group and what extracting yourself from it really meant. Losing your family, your friends, and the collateral that Raniere demanded—your house, your savings, your life.

This is bound to be a fascinating series from beginning to end. Episodes are released one at a time on Sunday nights through HBO and HBOMax. (nine 55- to 60-min. episodes) Δ