The wisdom of Debbie D: Chef's classes take the intimidation out of cooking for the holidays and every day

Debbie Duggan's Central Coast Culinary and Catering will be holding three cooking classes in honor of the holidays this December: an annual tenderloin of beef class on Dec. 15; a Trader Joe's Christmas Spectacular class on Dec. 17; and a kids holiday cooking class (sold out) on Dec. 21. Attendees bring their own alcohol and a container for leftovers! For more information on Duggan's classes, including cooking and etiquette classes and camps for petit bakers to teens, and for the latest info on upcoming culinary trips, visit centralcoastculinaryandcatering.com. Interested in having Delicious by Debbie Duggan cater your event? Visit centralcoastculinaryandcatering.com for custom private classes, birthday parties, kids' parties, showers, weddings, and more. Duggan is always looking for volunteers to help with classes. Working people, retirees, and students are encouraged to assist with classes from 6 to 9 p.m. a few days a month. Contact Duggan or visit the website for more information. Central Coast Culinary and Catering is located at 2078 Parker St., suite 110, SLO. Duggan may be reached at (805) 550-5081 or chefdebbiedugg@gmail.com.

I was fortunate to catch up with chef Debbie Duggan before one of her famous appetizer classes recently. We met at her gorgeously remodeled teaching kitchen on Parker Street in an industrial sector of SLO, right around the corner from the Nautical Bean coffee shop. Her kitchen is designed in a Tuscan style, with mustard-colored walls and rows of rustic bar stools lining an 18-foot granite countertop set with silverware for the next class, which will likely fill up as soon as Duggan posts it on her website.

The many courses chef Duggan has mastered truly dazzles me. Not only did she once work with one of my culinary heroes, Alice Waters, as the director of an Edible Schoolyard, but she is also the owner of SLO's favorite cooking school—Central Coast Culinary and Catering—where she's the multitalented cooking teacher for both children and adults.

Meanwhile, she wears the chef hat of gourmet caterer for her side business, Delicious, preparing farm-to-table meals for everything from casual Santa Maria-style barbecue gatherings to lush weddings. In the past, she's consulted for the Hearst family and trained their personal chefs. And she's been a guest lecturer for the Food Science and Nutrition Department at Cal Poly, her alma mater, where she earned a speech communications degree.

Furthering her education in the direction of delicious food, Duggan has trained in the Cordon Bleu in Paris and London, La Varenne in Burgundy, and culinary schools spanning the whole Italian boot. Many in our community know chef Duggan from her cooking show, What's Cookin' with Debbie Duggan (which aired for five years on KSBY).

This year marks 20 years that Duggan has been running her school and catering business in SLO county.

"We're not getting old, we are getting awesome," Duggan says on her website.

In her kitchen, the chef and I talked about the transitions she's seen in SLO county's colorful landscape since she began holding classes out of her home in Edna Valley two decades ago.

"I have seen so many changes," Duggan says. "The influx of new, talented chefs is really kind of nice, and they're keeping the restaurants active by keeping their ingredients fresh and changing their menus."

Duggan is as down-to-earth as one can be. Her father and brother were in the California meat business in the days of knowing your local butcher. She says people don't need to cook meat every single night like they used to. But when they do, she says, it's important to find local, high-quality meat, especially grass-fed beef.

Duggan said people can eat more grains, salads, and soups to balance out their meals.

"It's the same thing I learned in France," Duggan said. "Everything in moderation."

Duggan has been holding classes and doing her thing since just after the Great Recession, before the hundreds of choices of restaurants, before kitchens had every imaginable global ingredient at their fingertips and forged partnerships with local farms and ranches, before wine corkage fees skyrocketed and nutritional needs changed from square meals from the food pyramid to allergy-friendly foods and special diets like paleo, Whole30, raw, and vegan.

Moving with the trends and tides, Duggan changes her menus and class themes to keep it fresh.

"We are seeing more organics and less traditional food," she said.

She noted that the talented chefs at restaurants like Ember in Arroyo Grande and Spoon Trade in Grover Beach are leading the charge toward creative, seasonally oriented eating. "They'll do something like a grilled cheese sandwich or a meatloaf, but it will be unlike anything you've ever had." 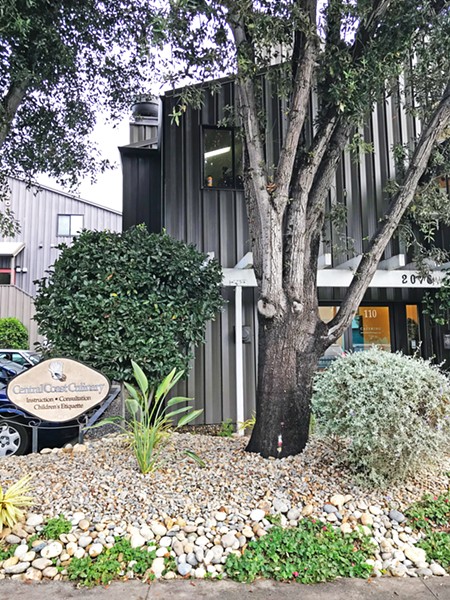 Having access to organic vegetables and varieties of fresh fish on the Central Coast, she said, is what makes their work exciting.

Coming up is the class Duggan does every year: a tenderloin of beef for the holidays. With the help of the chef's expert instruction, anyone can come on in, intimidation-free, and make from scratch a dinner that will raise the bar forever.

"Recipes are usually written for six to eight," she said.

Duggan said she doesn't like the idea of seniors (or anyone in our community) eating cereal or half of a TV dinner for supper. She hopes more people will start coming to her classes solo. She said every time a person comes to a class, they end up either knowing someone there or meeting someone new—which opens the door to chef Duggan's intimidation-free family kitchen. Δ