Anyone with a passing interest in contemporary jazz has no doubt heard of Medeski Martin & Wood, the avant-jazz-funk trio formed in 1991. What you might not have known is that Chris Wood has a brother, Oliver Wood, and back in 2008 they invited multi-instrumentalist Jano Rix to join them as the folk trio, The Wood Brothers, which plays the Fremont Theater this Sunday, March 3 (8 p.m.; 16-and-older; $27 at Boo Boo's and fremontslo.com). 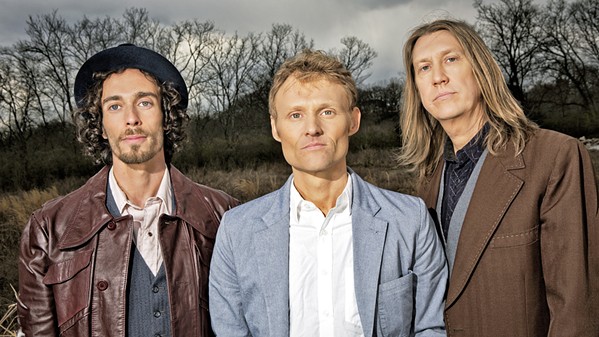 These guys have a very cool sound. Paste magazine called them "masters of soulful folk," which sounds about right on tracks such as "The Muse" and "Strange as it Seems," though on the grooving "Ophelia" they come off as more of a hooky rock act. They're currently touring in support of their sixth album, One Drop of Truth.

Blues, jazz, and pop-influenced Carsie Blanton, touring in support of Buck Up, will open the show. The New Orleans-based singer-songwriter writes really clever, funny, emotive songs like "Fuck Yourself (Love Yourself)"—which she said is "a parody of the song 'Love Yourself' by Sheeran/Bieber/Blanco. I made it because boys are dumb but I still want to make out with Ed Sheeran."

Also at the Fremont this week, you can see Grammy-nominated reggae act Common Kings with opener Nattali Rize, appearing this Saturday, March 2 (9 p.m.; 16-and-older; $22 at Boo Boo's or fremontslo.com).

Numbskull and Good Medicine Presents are bringing Shook Twins back to The Siren this Friday, March 1 (7:30 p.m.; 21-and-older; $15 presale at Boo Boo's and ticketfly.com or $20 at the door). Identical twin sisters Katelyn (vocals, guitar, mandolin, ukulele, glockenspiel) and Laurie Shook (banjo, vocals, upright bass, djembe, ocarina, flute) have been singing together their entire lives, and it shows. Their amazing vocal harmonies are thrilling.

Born in Idaho but now calling Portland home, the sisters began their professional career in 2004 and were quickly labeled quirky, in part because of Laurie's beatboxing and their use of looping technology. They also frequently "sample" other artists by adding their choruses to their own music.

They're touring in support of their fifth full-length album, Some Good Lives, and their shows always feel very intimate.

"I want people to feel like they know us," Laurie said in press materials. "I hope it's like we're friends, and we're just hanging out comfortably in our living room together."

"If you're a music listener and supporter, you make all the difference to us," Katelyn added. "It would be a pretty pointless job if you weren't there."

The Rainbow Girls will open, touring in support of their much-anticipated sophomore album, Give the People What They Want, following the viral success of their video of Alvin Robinson's song, "Down Home Girl," which racked up 135,000 Facebook shares with 6.6 million views.

Numbskull and Good Medicine are also bringing country artist Sam Riggs to BarrelHouse Brewing next Thursday, March 7 (6 p.m.; all ages; $16 presale at Boo Boo's and ticketfly.com or $20 at the door). The Austin, Texas, artist's most recent album is 2016's Breathless.

Surf rockers The Buttertones will bring their ripping guitar-driven indie/garage/punk sounds to the SLO Brew Rock Event Center this Friday, March 1 (7 p.m.; 18-and-older; $20 at Boo Boo's or slobrew.com). The LA-based band hit it big with 2017's Gravedigging, and followed it up last year with the equally strong Midnight in a Moonless Dream. 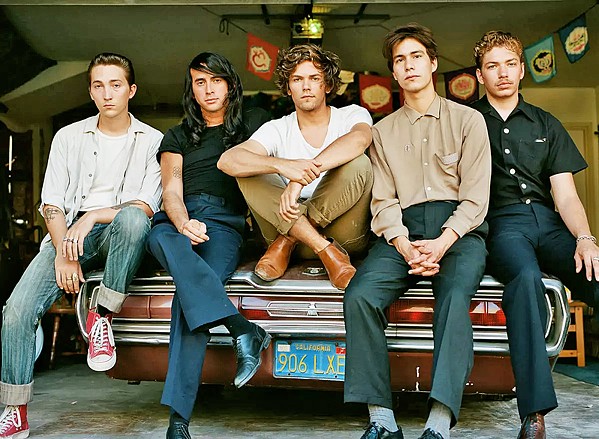 This is dark, sinister-sounding stuff—half spaghetti Western, a quarter The Cramps, and the rest a Quentin Tarantino soundtrack. I love saxophone! Levitation Room will open.

Also this week at the SLO Brew Rock Event Center, check out jam band Twiddle on Wednesday, March 6 (7 p.m.; 18-and-older; $20 presale at Boo Boo's and slobrew.com or $25 at the door). The Ventura-based rockers have been together for a dozen years, playing everywhere from Red Rocks to Bonnaroo. Reggae act Iya Terra will open the show.

Whitherward is returning to our area for a couple of upcoming shows, the first a Simon & Garfunkel Tribute concert at Morro Bay Wine Seller this Wednesday, March 6 (6 p.m.; all ages; $10 musician donation).

"Rock.n.Ukes will be performing for the first half of the show—60 ukuleles, one room, all playing and singing along to their favorite folk songs of the '60s," Whitherward's Ashley E. Norton (vocals, acoustic guitar) explained. "Then, we take the stage for the second half, which will be an actual performance of Simon & Garfunkel songs."

"We've had quite a few adventures over the years including two overseas tours—the second of which was sponsored by Subaru Europe," Norton said. "We're also about to release a sixth studio project." 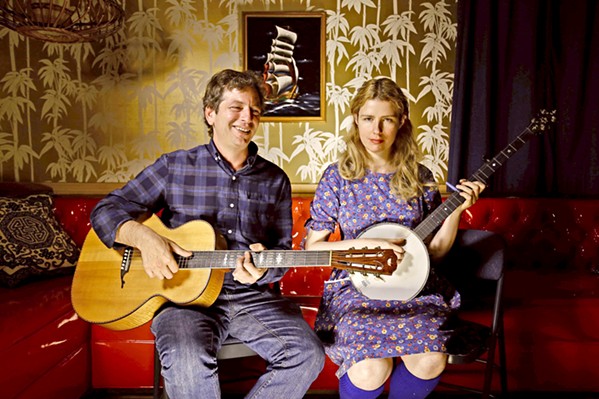 The Red Barn Community Music Series presents Craig Ventresco with Meredith Axelrod in concert, except it's not at the Red Barn and there's no potluck like usual. Instead, see them on Saturday, March 2, in The Beach Hut Deli (1240 Los Osos Valley Road, unit 4, Los Osos; 6 p.m.; all ages; $15 at the door). This virtuoso guitarist and vocalist perform 1890s to 1930s ragtime, jazz, and blues.

Cal Poly's Just Jazz Concert is scheduled for Saturday, March 2 (8 p.m.; all ages; $12 and $14 general admission or $9 and $12 for students at (805) 756-4849). Director of Jazz Studies Paul Rinzler said, "The excitement and surprise inherent in the art of improvisation will be in the hands of a new generation of jazz musicians. It's great to hear the emotion and the attitude that the students bring to the craft of jazz improvisation. Their personalities really shine through in a way that makes it easy for an audience to appreciate and to accompany the musician on the journey that is jazz improvisation." 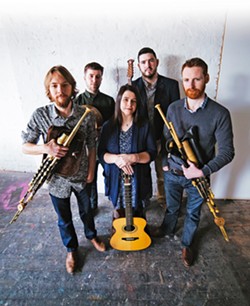 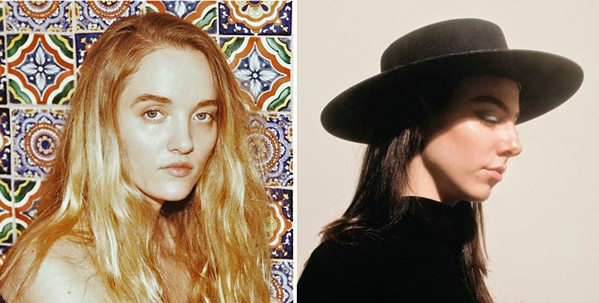