There is no excuse for poor planning 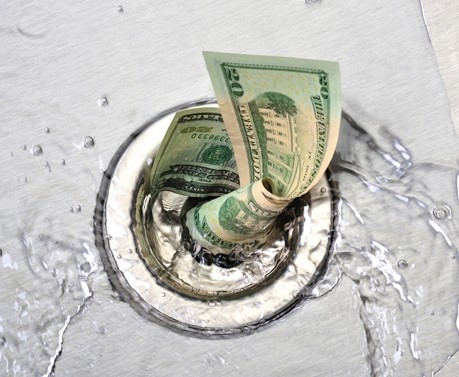 The 2009 New Times Best of SLO identified the Los Osos Wastewater Project (LOWWP) as first runner-up for the “Best Waste of Taxpayer Money”. LOWWP should have taken first prize. Nearly $40 million has been spent over the last 20 years in pursuit of a solution.

Prior to the formation of the Los Osos Community Services District (LOCSD) in 1998, the county spent $6 million on design, environmental, and permitting work toward a wastewater project. The LOCSD spent $24 million on a project that morphed from a passive wastewater ponding system to a high-energy, 40-foot-tall factory. Much of the cost related to a force-fit into downtown and necessary mitigation to build in environmentally sensitive habitat. “Move the Sewer” became a mantra from 2002-2005, with a campaign borne by residents who simply could no longer support a downtown project that ballooned in price from $35 million to $165 million by the time the project was ready for construction.

The county took the project reins again in 2006 and their preferred project is in the hearing process before the county Planning Commission (the first decision-making body) seeking its Coastal Development Permit. Continued hearings are slated for July 23 and 24. The preferred project permit application and $2.4 million Environmental Impact Report propose a treatment plant at the 642-acre, Williamson Act-protected, Tonini site on Turri Road, outside the Los Osos groundwater basin.

A wastewater treatment facility four miles from the community had some appeal in a “path of least resistance” approach: maybe no one would notice. Siting a treatment facility and its companion sprayfield disposal method outside the groundwater basin has never made sense to a thirsty community whose only drinking-water supply is experiencing seawater intrusion. The community has reached the highest level of concern for the lower groundwater basin, Level Severity III. The preferred project fails to address the overarching issues of seawater intrusion and groundwater management. Project costs will likely top $165 million; a result of expensive mitigation for environmental impacts, land-use compatibility, and offsets for expensive agriculture.

While siting a treatment facility has been a hot-button issue, the method of wastewater disposal is an Achilles heel for any LOWWP. The current project proposes sprayfields for the treated effluent to “lose” two-thirds of the daily flow to evaporation—lost in thin air. Wastewater, treated to a tertiary level, is a valuable resource and would be lost, never to be captured and reused in a recycled or basin replenishment scenario.

The Planning Commission’s work has been painstakingly thorough, including several days of hearings, a Los Osos site(s) fieldtrip, and a day- long trip to Monterey to observe groundbreaking cooperation at work. The Monterey Regional Water Pollution Control Agency (MRWPCA) uses 20-plus million gallons of treated effluent per day for “unrestricted reuse” to grow 12,000 acres of beautiful lettuce, strawberries, spinach, artichokes, and some organic crops. The Monterey education was unforgettable and should be incorporated into the LOWWP.

The County Planning Commission deliberations have led to a series of straw polls that at least temporarily would move the sewer off the Tonini site and closer to town, over the groundwater basin and out of the pristine Hollister Peak/Turri Road protected viewshed. The new location would be a 38-acre site tucked behind the Los Osos Valley Mortuary known as “Giacomazzi.” It also appears the straw polls will condition the LOWWP to take the same approach MRWPCA uses for disposal, using nearby farmland for reuse of the wastewater during dry weather and rejecting the sprayfield proposal.
As the project ekes its way through the permit approval process the plan is morphing for the better, becoming eerily similar to the project that was hammered out as part of the October 2005 “Blakeslee Compromise”. The Planning Commission’s work will likely be appealed to the Board of Supervisors. County Public Works Director Paavo Ogren has said he may appeal the project himself if it’s conditioned beyond the scope of the EIR.

Seven million dollars of county general fund monies have been advanced and spent by the county Public Works Department hiring consultants. They’ve redone engineering and environmental work that had been completed for prior projects. Money has also been wasted on “feel good” pamphlets and flyers, surveys that ask “do you still beat your wife?” type questions, and chasing the outside-the-basin project at Tonini. An appeal will go to the county Board of Supervisors who, in all likelihood, will reverse the Planning Commission’s hard work. It will then be appealed to the California Coastal Commission, which may consider still more changes, clinching First Prize for the 2010 New Times Best of SLO “Best Waste of Taxpayer Money”.

Julie Tacker is a 38-year resident, small business owner and homeowner in Los Osos. Ms.Tacker served on the Los Osos Community Services District Board from 2004-2008. Contact her via the editor at econnolly@newtimesslo.com.