In this truth-is-stranger-than-fiction documentary directed by Tim Wardle, in 1980, three 19-year-old strangers discover they're identical triplets separated at birth. Their unlikely reunion leads to notoriety, but as they learn more about the circumstances of their separation, questions arise involving ethics and human nature. (96 min.) 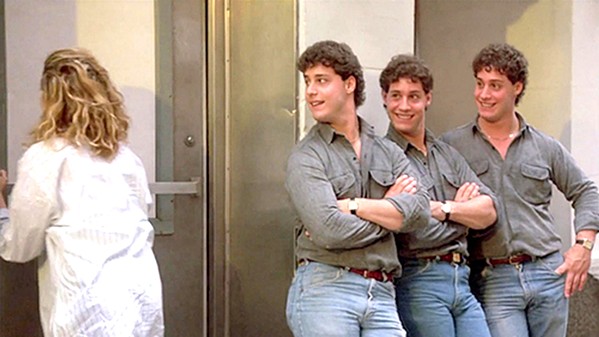 Glen This deftly constructed documentary weaves a tale so inexplicable and unlikely that if it were fiction, I'd condemn it for being too outlandish and ridiculous. Bobby Shafran heads off to community college and is surprised that everyone he meets greets him like an old friend, smiling, waving, asking him how his summer was. People keep calling him Eddy, and he soon discovers that he's got a doppelganger. A friend of Eddy's puts the two on the phone together, and they discover they're both adopted and both have the same birthday. In short order, Bobby's reunited with his brother, believing they were twins. The feel-good story becomes even harder to believe after Bobby and Eddy's story winds up in the news, and then a third brother, David, comes forward. The three are instant celebrities. They wind up on talk shows, in papers and magazines, and people marvel at how similar they are even though different families raised them. Their speech patterns, mannerisms, even their preferred cigarettes are eerily similar. Even more important, they're delighted to reunite—long-lost brothers together again. If that were the whole story, that'd be amazing and worthy of a documentary in and of itself, but as the brothers—and their respective parents—look deeper into the circumstances of their separation, things take a dark turn. I went into the film being aware of the story, but I have a feeling it may have been a different viewing experience if I'd known nothing about it. I don't want to ruin the surprise, but it's pretty hard to talk about the film without revealing some of the details. Spoiler! The triplets were part of a larger experiment about nature versus nurture, an experiment that has serious ethical flaws.

Anna The triplets' story is unbelievable, but also just one piece of a puzzle that continues to unravel. When you start to see what's behind the picture of three strapping 19-year-olds with the same smile and same catcher's mitt hands, the sweet story of three reunited brothers becomes so much more. Because the study the brothers were subjects of is so closely guarded and whose results have never been published, you start to wonder if the experiment is anything more than a botched scientific study that hurt a lot more than it helped. What could the boys' lives been like if they would have been allowed to know each other or grow up together? We'll never know because the powers that be decided differently. The story's as frustrating as it is heartwarming; the love the brothers have for each other is constant, but their lives and relationships are far from paradise. Still battling a system of secrets, the web of those affected by this social experiment grows as victims of it continue to probe. While nature might dictate certain similarities, the most interesting thing about the three is their differences. Each brother grew up under different circumstances socio-economically, and their families were told they were just part of a study on adopted children, and they would be studied and tested over the years. The way they found each other sounds like a set-up for a cheesy bro film, but it's all too real to the people living it. 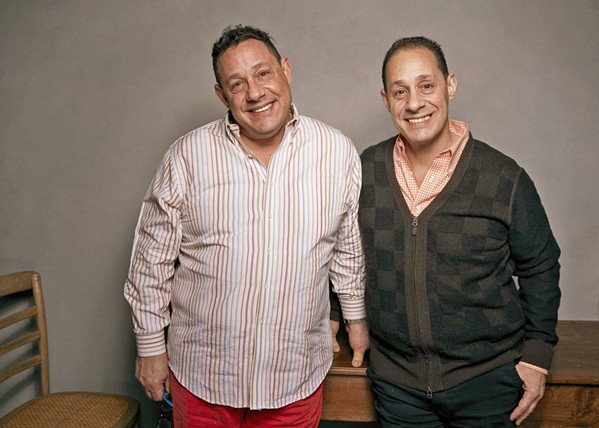 Glen The documentary uses archival footage of the brothers' media tour, old family photos and films from their childhood, re-creations of events using actors, and contemporary interviews with those involved who are still alive. Combined, it all creates a very full and interesting depiction of events. The re-creations simply evoke events without showing the actors' faces or having them read lines. Instead, narration tells the story. The triplets were just one of several sets of twins used, and it's not clear if there are more divided siblings out there awaiting reunification. The fact that the study's results were never published suggests to me that its findings were inconclusive. The researchers may have been trying to determine the effects of different parenting styles or economic situations, but there were simply too many uncontrollable variables, and it could just as well have been a study on the unknown psychological damage caused by separating twins. The researchers and subjects were all Jewish, and the subjects all came from the same New York-based Jewish adoption agency. "Nazi shit" is how one of the brothers describes these so-called experiments. There's been a fair amount of research on the effects of adoption itself, and books like Primal Wound talk about some of the psychological ramifications of being separated from a mother at an early age. As an adoptee myself, I'd much rather be placed with a family that wants a child than left with a mother that doesn't, but I'm pretty sure these various separated twins would have rather been adopted together than placed in different homes. To me, that's the real tragedy of Three Identical Strangers.

Anna Twins have such an innate bond; it is heartbreaking to think of these three boys together for the first six months of their lives and then pulled apart. What psychological damage was done just from that scarring event? Author Lawrence Wright is an interesting voice in the film, and a key player in uncovering the truth of the study and the scope it took. While the brothers were fast friends as soon as they met, the reality of not being raised together and knowing each other for the first 19 years of their lives plays out in a less fairy-tale way. Because they grew up separately, the nuances siblings typically know about each other are not there—different ideals, work ethics, and life trajectories lead to inevitable conflict, and the reality that perhaps differences outweigh similarities comes into play. It may not be the story that sold newspapers and booked talk shows, but it's certainly a more intricate and interesting perspective on the reunion. What the researchers' end goal was, is still muddy, and even the real reason behind the study is still unclear. Was it all about seeing nature versus nurture? Many of the birth mothers involved in the study had some mental health issues; did that play a role in the children being used for the experiment? Amazingly, the study and documentation is still locked away and difficult to obtain, even for the unknowing participants now finding out the truth. It's a truly fascinating tale just on the surface, but what is uncovered as the documentary plays out is almost unbelievable. This is a film I'll be thinking about for days, and the story is one I'll never forget. Δ