On Feb. 7, the California Coastal Commission denied a controversial hotel project in Cayucos that had been under discussion for more than a decade. 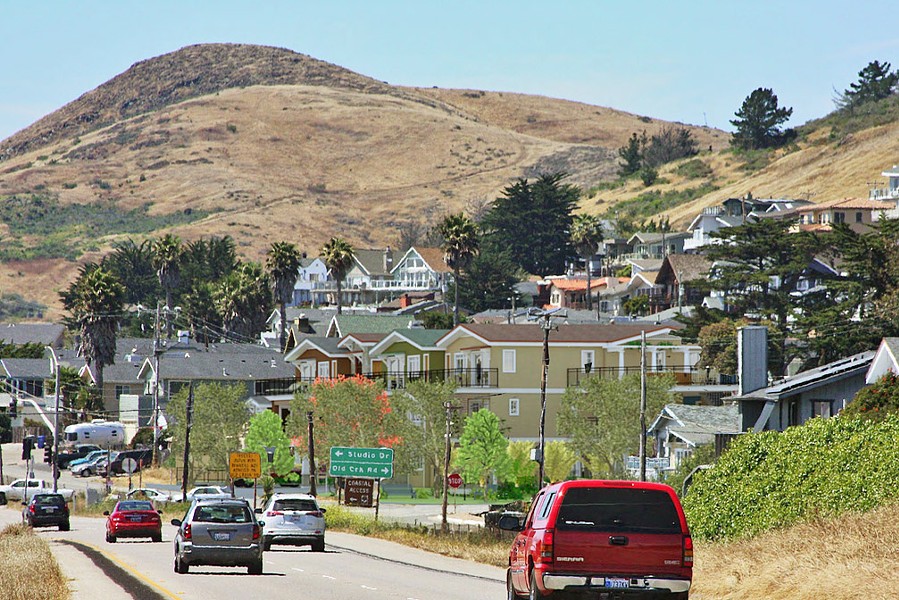 But many residents in the Old Creek Road neighborhood—and throughout Cayucos—staunchly opposed the project as being too big and out of character with the community.

"If you look at the houses around it and then picture the three-story block—it is not compatible with this neighborhood. It just isn't," Cayucos Citizens Advisory Council President John Carsel told the commissioners on Feb. 7. "Cayucos values tremendously its funkiness. ... Once we start getting these three-story units ... we're not going to be that anymore. We're going to be Newport Beach."

In a packed meeting room in Cambria, the commission sided with the concerned residents, voting 10-2 to deny the project.

The commission won that lawsuit, and in 2015, DeCicco began reconfiguring the hotel to house fewer units on the top floor, reduce the overall occupancy of the hotel, and move parking to an underground lot.

DeCicco's representative Chuck Stevenson told New Times that the new project appeared to meet the Coastal Commission's concerns and was within the bounds of land-use policies.

"It met every standard," Stevenson said.

But many more attending the commission hearing stood against it, including Cayucos resident and SLO County 2nd District Supervisor Bruce Gibson.

"It is grossly out of scale for the residential neighborhood for which it is proposed," Gibson said. "Almost 40 percent of the houses and condos in Cayucos are either second homes or short-term rentals. ... This has a profound effect on neighborhood character already."

Stevenson said DeCicco is putting any plans for his property on hold in the wake of the commission's denial. Δ