Tiny homes could be allowed in SLO backyards

In an effort to boost its affordable housing supply, San Luis Obispo may start allowing “tiny homes” to establish in residential backyards as part of a city zoning code overhaul.

Tiny homes on wheels—categorized by the state as RVs—are currently not allowed on residential property for longer than seven days, per city regulations. A recent push by the SLO City Council to accommodate the experimental housing model may change that. 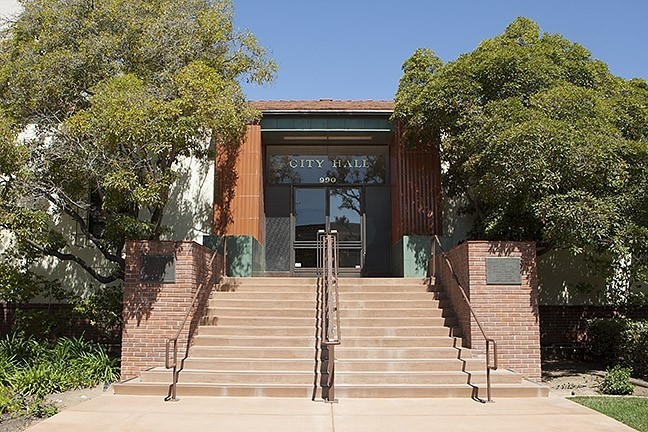 In the most recent draft of the new zoning regulations, “moveable tiny houses” are considered accessory dwelling units (ADUs) that can be permitted “off-grid”—meaning, without separate utility meters.

Tiny houses can be a maximum size of 450 square-feet, and must have at minimum 100 square-feet of first-floor living space, according to the draft. Property owners or renters interested in installing a tiny home could obtain a low-level building permit from the city.

Since they’re considered RVs by the state, when two or more mobile tiny houses exist on one lot they then constitute a “park,” according to city officials. Because of that, only one tiny home would be allowed per parcel.

SLO Mayor Heidi Harmon, who’s advocated and campaigned in favor of tiny-home-friendly policies, told New Times she was “excited” to see the zoning change.
“This is something I promised people I’d do my best to make come to life,” Harmon said. “I think this is a really good start. ... Where it’s appropriate, they’re going to be great. I can see this policy potentially expanding.”

The SLO Planning Commission signed off on the bulk of the zoning regulations on June 27, and the City Council will make a final decision on the code at a meeting on Aug. 21.