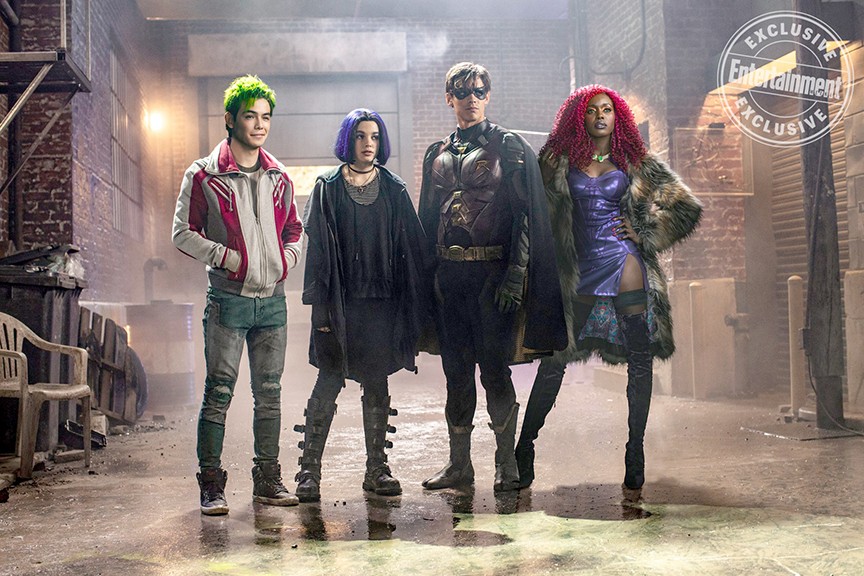 I obviously missed the early boat on Titans, which started back in 2018 and will launch its third season on Aug. 12, but better late than never. In a moment of "I can't find anything to watch" desperation, I tuned in to episode 1 and was hooked. The story is based on the DC Comics Teen Titans series, which explores young superheroes as they come to terms with their powers or, in the case of the series' lead, Dick Grayson/Robin (Brenton Thwaites), his training under Batman, who doesn't even appear until the second season.

Some of the heroes are just people who decided they wanted to be superheroes, such as Hank Hall/Hawk (Alan Ritchson) and Dawn Granger/Dove (Minka Kelly), while others are made through the occult, like Rachel Roth/Raven (Teagan Croft); experimentation, like Gar Logan/Beast Boy (Ryan Potter); or because they're space aliens, like Kory Anders/Starfire (Anna Diop). Eventually, Wonder Girl (Conor Leslie) and Super Boy (Joshua Orpin) make appearances.

There are great action sequences, stunts, sets, and costuming. The humor rarely misses its mark, and it manages some emotional heft in the storyline. Best of all, the acting great! I've only just begun the second season, but the fact that I want to finish it before Aug. 12 speaks volumes. (45-min. episodes) Δ