As a reminder of just how tenuous live music concerts remain in the COVID-19 era, the Fremont Theater canceled two scheduled show this week: Colter Wall on Friday, Oct. 15 and Tanya Tucker on Monday, Oct. 18. There's still a fair amount of trepidation among concertgoers, especially the well-heeled boomers who are more at risk, and all it takes is a crewmember or two to contract the disease to shut down a tour. Everything's up in the air. 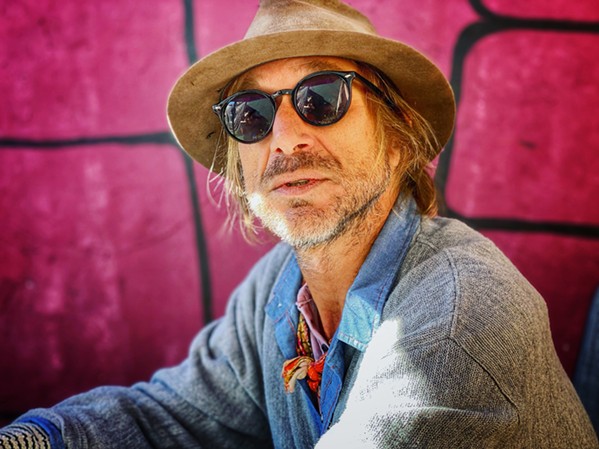 As of now, the Todd Snider show this Saturday, Oct. 16 (9 p.m.; all ages; $20 to $35 at eventbrite.com) is a go at the Fremont, which is good news for me because Snider is a personal favorite who recently released a new album, First Agnostic Church of Hope and Wonder.

Snider is a masterful, quirky, gifted songwriter whose 18 previous albums garnered him a cult following and even a couple of charting singles, which is unusual for an alt-Americana troubadour who probably smokes his weight in pot annually. He's certainly kept good company through his career. He toured extensively with Jimmy Buffet, Emmylou Harris, and John Prine, who he met in 1991 and remained friends with until Prine's death in 2020.

Snider's songs are funny, poignant, and sometimes weird, and on his new album, he's taken his sound in new directions.

"After my last album Agnostic Hymns, I felt like I was out of ideas and I just didn't know where to go next," Snider said in press materials. "So I did a side project with the Hard Working Americans [a super group he formed with Widespread Panic bassist Dave Schools], and I learned a ton. I tried to study music by other people, and come to this record hoping that I'd have something new to say. I wanted to do what I was calling 'funk in back and busking up front, with White Album-y shit scattered about.' I had done a lot of listening to Parliament and James Brown and lots of reggae music, too. It's embarrassing to admit, but I've been trying to think of this sound all my life. This is the closest I've come to thinking, 'Man, I don't know that I've heard anything like this before.'"

The music has a spontaneous, jangly, handmade feel—like it rose from the primordial ooze of America's landfills and dumping grounds, wafted upward to be captured by one of the nation's great observers, and turned into a shimmering mirror reflecting back all of our foibles. It's not growly, industrial, or carnivalesque, but I couldn't help being reminded of another favorite, Tom Waits. This is an album full of Snider's trademark snark and sass. On "The Get Together," Snider sings, "One day a wise young man threw down his apron and he said, I quit/ I've been considering the meaning of existing/ And I'm pretty sure this ain't it// So he climbed the tallest mountain/ He sat beneath the tallest tree/ Seeking a peace within himself/ He waited patiently/ It would seem that all was folly/ As he focused more and more/ Exploring the nature of being/ Until he came to its very core// And it was there he became enlightened/ And it was then he begun to sob/ He said, oh shit ... I quit my job."

Snider's a real road dog, so taking a forced year and a half off touring was rough on him.

"I miss banging around America like it's my yard," Snider said. "I like to play for people. Staying home, I gardened, I got a boat, I played guitar a lot. But then I usually don't make up 10 songs in one year, so that's one good thing about the pandemic."

It also gave him time to reinvent his sound.

"If the gods of folk didn't want no funk, they shouldn't have started none," Snider joked. "2020 was a terrible year, and it kept taking people that I loved. So I kept feeling funky, and the church idea came out of that. I've always had the First Agnostic Church of Hope and Wonder in mind. Aren't we always hoping for something and wondering, 'What the fuck?' We hope there's a God. We wonder if there is. We hope you're coming. We wonder if you will."

The concert season for Paso's Vina Robles Amphitheatre is coming to a close at the end of this month, but until them, they're packing them in. Don't forget Vina starts its week with rock acts Dirty Heads and Sublime with Rome this Thursday, Oct. 14 and Friday, Oct. 15 (7 p.m.; all ages; $49.50 to $75 plus service charges at vinaroblesamphitheatre.com), with Hirie opening.

Then Primus pays homage to Rush in their A Tribute to Kings show, with opener Black Mountain, on Saturday, Oct. 16 (7 p.m.; all ages; $39.50 to $49.50 plus fees at vinaroblesamphitheatre.com). Primus will perform Rush's 1977 album A Farewell to Kings in its entirety, as well as some of their own music.

A Day To Remember stops by Vina on their The Re-Entry Tour this Monday, Oct. 18 (7 p.m.; all ages; $49.50 to $69.50 plus fees at vinaroblesamphitheatre.com) with Asking Alexandria and Point North opening. The metal-core and pop punk act is touring in support of their 2021 album, You're Welcome.

Finally, Jimmy Eat World and Taking Back Sunday co-headline Vina on Tuesday, Oct. 19 (7 p.m.; all ages; $45 to $55 plus fees at vinaroblesamphitheatre.com), with The Beaches opening. Jimmy Eat World is best known for the singles "The Middle" and "Pain."

Don't forget Numbskull and Good Medicine has super fun pop punk act The Queers at The Siren this Thursday, Oct. 14 (7 p.m.; 21-and-older; $10 presale at eventbrite.com or $12 at the door), with local act Pancho and Wizards opening. 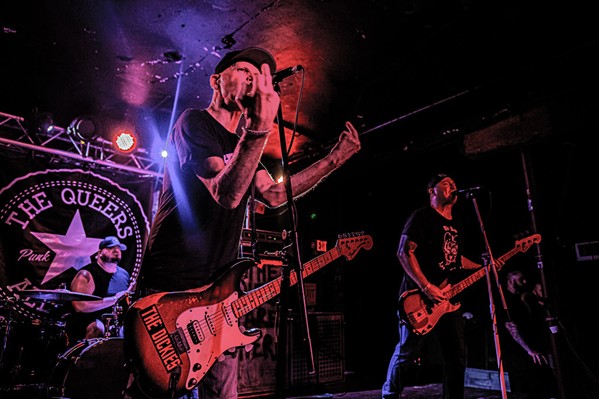 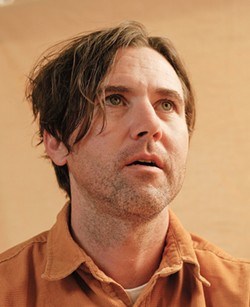 Led Zeppelin tribute act Led Zepagain plays the Clark Center this Thursday, Oct. 14 (7:30 p.m.; all ages; $39 to $44 at clarkcenter.org/shows/led-zepagain). "It's as close as you'll ever get to the real deal!" said Led Zeppelin guitarist Jimmy Page.

Back Bay Betty plays Paso's Cass Winery for their Harvest Festival Pig Roast on Friday, Oct. 15 (6 to 9 p.m.; $90 at my805tix.com). This terrific dance band will help you burn off all the calories you'll no doubt consume. BBB also plays Saturday, Oct. 16 (6 to 9 p.m.) at Morro Bay's The Savory Palette.

Another Led Zeppelin tribute act, No Quarter, plays Paso's Rava Wines on Saturday, Oct. 16 (7 to 9 p.m.; $20 to $35 at my805tix.com). "For over 15 years, No Quarter has been pounding the Hammer of the Gods to Led Zeppelin fans both nationally and internationally," according to press materials. "This authentic live concert reproduction goes far beyond any group of musicians covering the same tunes you've heard on the radio for over four decades."

As part of Cambria Concerts Unplugged, the Jill Knight Quartet plays Cambria's Camp Ocean Pines on Sunday, Oct. 17 (2 p.m.; all ages; $30 and $15 for children at my805tix.com). The gifted singer-songwriter has amassed a super group of musicians for this concert!

Symphony on the Vines presents Capricious Clarinet at Paso's Cass Winery on Sunday, Oct. 17 (5:30 p.m.; $15 to $30 at my805tix.com). Exceptional local clarinetist Richard Dobeck will be joined by Dmitriy Cogan and Hilary Clark for Johannes Brahms' trio for clarinet, cello, and piano.