Tommy Castro and the Painkillers play the SLO Vets' Hall on Jan. 11

If you're looking for a rollicking good time, look no further than Tommy Castro and the Painkillers, a ripping blues, soul, and rock act that will make its annual stop at the SLO Blues Society at the SLO Vets' Hall, this Saturday, Jan. 11 (doors at 7 p.m.; 21-and-older; $25 at Boo Boo Records, my805tix.com, and at the door). 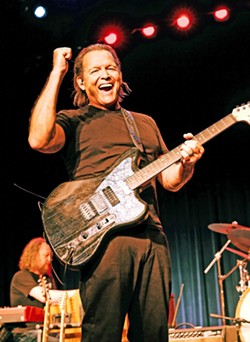 "Party time! It's Saturday night, everybody," Castro shouts on his new live CD, Killin' It Live, before breaking into "Make It Back to Memphis," a galloping boogie blues number with an amazing blend of Dr. John-style piano, bass, and drums under Castro's gritty voice and muscular guitar licks. It's a thrilling opening to a terrific live recording that perfectly represents the energy and musicianship of Castro and his amazing band: bassist Randy McDonald, keyboardist Michael Emerson, and drummer Bowen Brown.

The Alligator Records recording artist, born in San Jose in 1955, began playing guitar at 10, influenced by various blues styles, soul, Southern rock, and '60s rock. He started his career in the 1970s, playing in Bay Area cover bands, later joining Warner Bros. Records band The Dynatones in the 1980s. In 1991, he began fronting his own bands, recording his first album under his own name in 1994, with No Foolin. In 1995, he signed to Blind Pig and recorded a number of albums, switching to Alligator Records in 2009 with Hard Believer.

I can't quite keep count of how many albums (including greatest hits and other live albums) Castro has delivered, but I think Killin' It Live is around his 20th!

"This is the best band we've ever had," Castro said in press materials. "We really got something going on beyond just being good musicians. Every song we play live now has that right feel—all the dynamics. It allows us to jam out more on stage. Killin' It Live is what you hear when you see us live."

The album features songs from throughout Castro's long solo career and was recorded live in 2018 in venues in Texas, New York, Michigan, and California. With eight Castro originals and two "Castro-ized" covers, each song shows a different side of his multifaceted styles.

Castro—a two-time winner of the Blues Music Award (the Grammy of the Blues) for Entertainer Of The Year—has played literally thousands of gigs and his band is about as tight as you'll ever see. Don't miss this show, which will be opened by terrific local act The Jump Jax, a quartet playing jumpin' swing-jazz classics from the likes of Louis Jordan, Duke Ellington, Benny Goodman, Charlie Christian, and Cab Calloway as well as some soul, blues, rockabilly, and R&B.

Numbskull and Good Medicine Presents have lined up a couple great shows this week featuring two of our area's most beloved out-of-town touring acts, The Mother Hips and The White Buffalo. 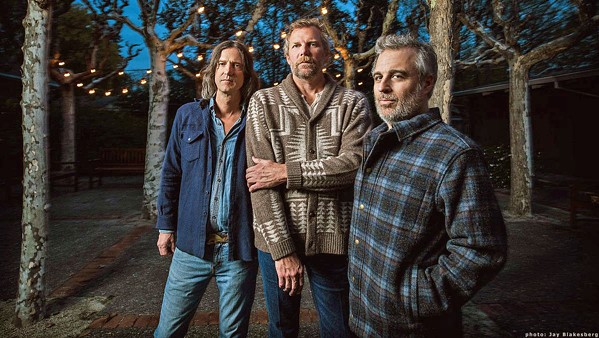 The Mother Hips play The Siren on Friday, Jan. 10 (7:30 p.m.; 21-and-older; $22 presale at Boo Boo's and eventbrite.com or $25 at the door). Formed in college in Chico, The Hips have recorded a series of albums since their 1993 debut, exploring the various facets of California rock and psychedelic sounds. In 2018, they released their most recent, Chorus.

"Twenty-five years into a celebrated career is an unlikely time to switch things up, but The Mother Hips have never been ones to follow convention," their bio reads. "For their brilliant and exhilarating new release, Chorus, the California stalwarts turned their recording process on its head, laying down elaborate studio demos to serve as a detailed road map for the album a full year before official recording sessions began. It was a step that offered both the time and the space to fully realize their music like never before, and the result is the most refined and cohesive album in The Mother Hips' catalog, one that marks the beginning of what promises to be their most creative and prolific chapter yet."

With his towering stature and deep, resonant voice, Smith cuts an imposing figure, and since his 2002 debut, he's "explored the gray area between genres, carving out a sound rooted in dark folk, countrified soul, cinematic storytelling and roadhouse-worthy rock."

He's touring in support of his 2017 album, Darkest Darks, Lightest Lights, which he calls the most hard-hitting, electrified album of his career.

"I'm kind of an island," Smith said proudly. "We tour on our own and have built our own fanbase, so the idea with this album was to capture that live feel—the passion that we produce in a stage setting—in a studio performance. My hope is that this album will touch people. Make people feel. The good,the bad, and the ugly. The darkest darks, and the lightest lights."

Formed in Stony Brook, New York, in 1967, BÖC delivered some of the most memorable singles of the era: "(Don't Fear) The Reaper," "Burnin' for You," "Cities on Flame with Rock and Roll," and "Godzilla." I shudder to think about how many longhaired kids huddled in Midwestern basements burned fat doobies listening to these songs! The band was an MTV staple for their "Burnin' for You" video when the station premiered in 1981.

Most of the original members of the band have retired since BÖC's arena concerts days, but over the years they've always refilled their ranks with worthy players. Get your hard rock nostalgia itch scratched!

The Monroe frontwoman Morgan Monroe and multi instrumentalist DR Isapony XD will be joined by bassist David Escamilla this Thursday, Jan. 9, at Puffers of Pismo for a special show that starts at 7 p.m. Isapony's SUN 1 x The Moon Bird and its hard-bop jazz will be followed by The Monroe at 8 p.m. 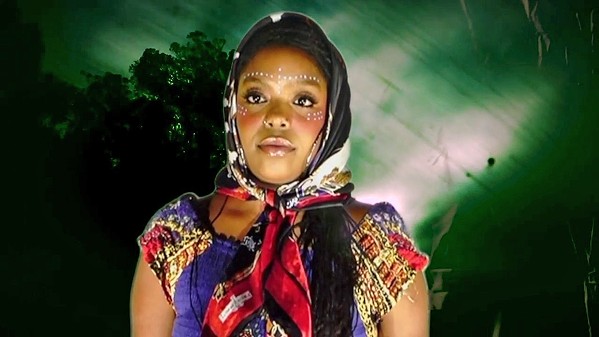 "Morgan is absolutely stunning and on a whole other level in her expression," Isapony said in an email.

The Siren has a free show lined up this Saturday, Jan. 11, with Ghost/Monster (9 to 11:30 p.m.; 21-and-older). The band bills itself as a "'feel good" rock 'n' roll band based in California's Central Coast featuring local native Nataly Lola (lead vocals and acoustic guitar) and LA transplant Jaxon Camaero (lead guitar and backup vocals).

Sultry-voiced chanteuse Jill Knight brings her folk rock sounds to the Barrel Room Concert series at Paso's Cass Winery this Sunday, Jan. 12 (4 to 6 p.m.; all ages; free tickets at my805tix.com). Knight is an amazing performer with an unforgettable voice. 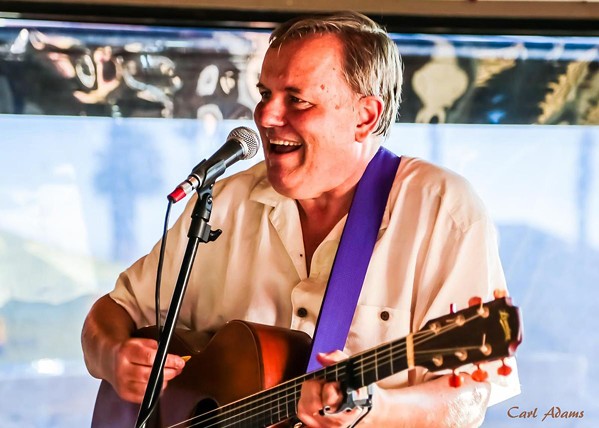