Tim Jackson pours his heart out ...

Tim Jackson is like Jesus in Nazareth--he can’t get no respect at home--but put this man on the road and the faithful come out in droves.

Best known locally as the front man for popular local rock bands in the ’80s and ’90s, he’s transitioned into an amazing Americana singer-songwriter who spends a lot of time touring up and down California, playing, as he says, “every club, pub, saloon, bar, theater, concert hall, church, beachfront backyard party, barn, airplane hanger, roller rink, veterans hall, country club, circus tent, free-for-all dive bar, street corner, under the bridge by the railroad tracks in the broken glass, underground in the tunnel, on top of the mountain, with the animals in the clouds burned off by the sun under God!”

Jackson sets the album’s tone with the opening track “Live On”: “They were born in the Great Depression, with nothing to lose. They built the roads, they laid the tracks, the cities grew, and they were tougher than we are now, when they died they built monuments: the horse the plow. Live on, live on, live on.”

If you like Bruce Springsteen, John Mellencamp, Bob Dylan, and Van Morrison, you can hear their influences in Jackson’s performances on this collection of 11 tender, melancholy songs.

“A lot went into this recording,” Jackson said, “all the shit I went through in the last 10 years. It’s not exactly a feel-good record, more introspective. I went through a lot and it all came out.”

You can hear Tim Jackson perform songs from the new album during two concerts on Saturday, June 4. He’ll play from 1:30 to 2:15 at the Morro Bay Music Festival  (714 Embarcadero, across from Rose’s Landing) and then again at 6 p.m. in Vino Versato in Pismo Beach. Bring a few bucks to pick up his new album. You’re going to want a copy!

Look out Steve Morse, Joe Satriani, and Jeff Beck, because the Travis Larson Band is nipping at your heels. This local instrumental power trio has churned out another ripping collection of soulful tunes showcasing Larson’s pyrotechnic guitar work.

Sure, Soundmind could have as easily been recorded in 1985 as today, but for fans of rock fusion, it’s sure to be another go-to disc when you’re ready to lose yourself in swirling soundscapes and dizzying displays of virtuosity.

The Travis Larson Band plays two album release parties: Thursday, June 2, at Frog and Peach at 8:30 p.m.; and Friday, June 3, at 8 p.m. in The Pour House, where more than $3,000 in music swag and gear will be given away, including a custom speaker cabinet by Electro-Voice and an Electro-Voice RE2-G wireless guitar system.

Who is the mysterious acoustic rock guy known as The White Buffalo? According to his bio (and bios never lie!), “The White Buffalo is quite possibly a legend in the making—a throwback to the time of hard touring, hard drinking artists who really lived what they sang about. Everything about him is big, from his imposing physical size to his amazing vocal range. He’s as comfortable playing in a dive bar as he is in front of thousands in a European arena. With only an EP out, but literally hundreds of songs written and more coming all the time, the future is exciting for a guy who has that much raw talent.” In Native American lore, the white buffalo is a sacred and elusive being. Unravel the mystery of this performer on Thursday, June 2, at SLO Brew (8 p.m.; all ages; $12) with Olin and the Moon opening.

Don’t forget that on Thursday, June 2, Santa Margarita fixture Don Lampson helps Songwriters at Play celebrate its second anniversary at The Porch (6:30 p.m.). The “Okie” has shared the stage with the likes of Hoyt Axton, T-Bone Walker, Alice Cooper, Dave Mason, and J.J. Cale, and he’s forgotten more train songs than most performers have ever learned. I’ve said it before, so I’ll say it again: Don Lampson is to Americana music what John Wayne was to Westerns; he’s larger-than-life, authentic, and 100 percent heart and soul.

More songwriters, including headliner Chi McClean, play Sculpterra Winery on Sunday, June 5 (1 p.m.). His most recent release is 2009’s Something Out There, a collection of songs deeply rooted in Americana traditions.

All these events are all ages and pass-the-hat. 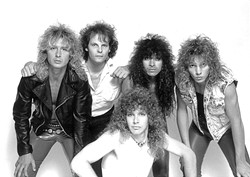 Well, it’s official. I’m really, really old. I know this because a show with the sadly antiquated name Rock Down Memory Lane is happening on Sunday, June 5, from 1 to 9 p.m. at Sweet Springs Saloon, and even though all these local bands have been defunct for like 20 or 25 years, I’ve seen them all.

The brainchild of Troy O’Shann, former lead singer of TARGA, with help from Livia Signorelli, the event promises to reunite members of long-gone local rock acts such as Spiced Ice, Fine Line, the Tim Jackson Band, Full Tilt, Maximum Force, Mahem, Run For Cover, Street Legal, Bingo Night, The Rhinos, Loose Lizzie, Axe To Grind, Maxx, The Impalers, Cheshire Cat, Al Milan and the Robots, The US Band, the Bootleggers, The Jammies, and many, many more.

“This whole thing started as a reunion for the band TARGA and grew to now become this huge event,” Signorelli said. “It’s reflective of bands from the late ’80s to the early ’90s that were performing in SLO County. Musicians are flying in from all over the U.S. to perform.”

This should be a real hoot for old timers on the scene, who probably have some wonderful but fuzzy memories of these bands. A lot of these rockers peaked during the hair band era, so I’m looking forward to seeing how all those longhaired perms are holding up two decades later.

For those who are about to rock (again), I salute you! The show’s free and barbecue will be available to purchase.

Think of SLOfolks as a philanthropic organization whose mission is to bring you amazing folk music you wouldn’t otherwise hear. Theirs is a labor of love, and sometimes their concerts do well, and other times they lose money, but they keep at their mission, and the local music community is richer for it.

Times have been a bit tough, and now the group is reaching out to the community for help to continue doing what they do best: bringing music to the area. And what better way to do it than with a benefit concert and silent auction, set for Sunday, June 5, at Castoro Cellars? 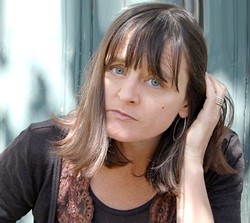 The Live Oak Music Festival and the Red Barn Community Music Series present retro gypsy-jazz-swing act Red Skunk Jipzee Swing Band on Friday, June 3 (6 p.m. show; 5 p.m. potluck supper; all ages; $10 at the door), at the Red Barn at South Bay Community Park in Los Osos. This is an awesome band of youthful and talented performers, who recently wrapped up recording for their third studio album, Hot and Haunting. If you like Django Reinhardt, ’30s European jazz, and American roots traditions, don’t miss this!

The Cal Poly Student Garden Project is having a fundraiser called “Raising Dough for Raised Beds” at Linnaea’s Café on Friday, June 3, from 7 to 11 p.m. Both The Gravy Pups (a reggae and CCR cover act) and The Willows (indie folk) will be performing, and you can also purchase baked goods!

SLOfolks hosts Claude Bourbon, who brings his fusion of folk, jazz, blues, songs, classical, and Spanish guitar to Coalesce Bookstore on Saturday, June 4 (7 p.m.; all ages; $15; call 772-2880). Born in France in the early ’60s, Bourbon grew up in Switzerland, where he was classically trained for many years. This finger-picking guitarist has performed and studied all over the world. Sonnie Brown will interview him on KCBX 90.1FM at about 2:30 p.m. on her show Song Town.

On Sunday, June 5, pre-eminent jazz trombonist Andy Martin is the next attraction at The Famous Jazz Artist Series at the Hamlet. The recipient of numerous awards and highly praised recordings, Martin will be joined by bassist Luther Hughes, drummer Colin Bailey, and series co-producers Charlie and Sandi Shoemake. There’s a 4 p.m. show for $15, a 7:15 p.m. show for $12, or see both for $20. Call 927-0567 for reservations.