Truth About Seafood plays Concerts in the Plaza on Aug. 17

It's bitchin', tubular, totally boss, to the max, blazin', it's the bomb, it's totally far out, man! I'm talking about Truth About Seafood's new '70s milieu video for their song "Extra High," a rockin' metal party tune they've set to a retro film genre. 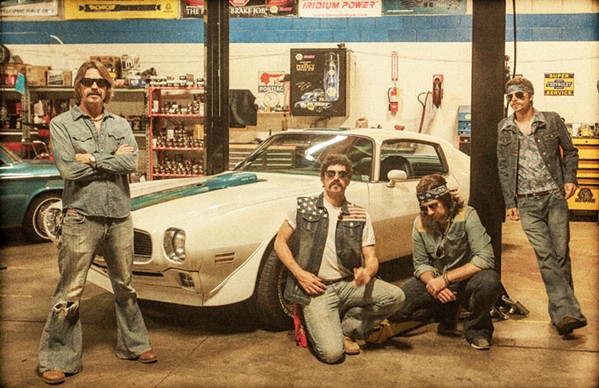 As it begins, the familiar (at least to us old folks) Motion Picture Association rating placard comes up, indicating that the film you're about to see is rated R, "for radical." Then you see a '70s panel van screaming down a dirt road before cutting to the various band members in full party mode in a Jacuzzi, under a disco ball, on a boat, and practicing breaking boards karate-style before introducing their video personas: Jeff Minnery as "The Stash," Brad Daane as "Rex Bogart," Wyatt Lund as "Sexy Beast," and Pakes as "Pakes."

Truth About Seafood formed way back in 1992, and was one of those almost-made-it-big acts. One former member, Paul Bostaph, was a member of Slayer, and it seemed like they were going to get signed to a label. Instead, after some independent releases, they disbanded around 1999 before reforming in SLO Town a few years later with original members Minnery and Daane.

The guys all have real jobs now, but they still rock. When Daane emailed me to tell me about their new video, he suggested I might try a story angle like, "How long are you guys going to play music and act like children?" I have to say, they do look like kids in a candy shop in this video, which they've even constructed a fake backstory for.

"In 1978, local rock band Truth About Seafood was engaged by Warner Bros. Entertainment (then Warner Communications) to make a full-length feature film. Due to a series of unfortunate mishaps and a corresponding union strike, the movie known only by its working title Extra High, was pulled from production and shelved. A protracted legal battle then ensued between Warner Bros. and Truth About Seafood, which ended up costing both parties millions of dollars in attorney fees. However, in January 2018, the litigation finally resolved in a settlement wherein Truth About Seafood gained rights to the existing film footage, the rights to the one-song soundtrack, one thousand dollars ($1,000) in cash, and a 19" black and white television set.

"'I don't know how we are going to pay back all that money we borrowed, but we may be willing to part with the TV,' said singer, Minnery, in a recent press release.

"Truth About Seafood has now compiled the remaining film footage into a video for its previously unreleased and unheard 1978 song 'Extra High.'

"'We are pleased to finally get this horrible chapter behind us, but we are happy with the settlement,' said Brad Daane (bass guitar/vocals).

"'I am extremely irritated about all of this, which is nothing more than an embarrassment to the band. Plus, Warner Bros. lost key footage of us at the animal farm,' added Justin Pecot (lead guitar/vocals).

"'I don't remember filming any of this; however, it does appear that my likeness is represented in the 1978 film,' Wyatt Lund (drums/vocals) finished."

Watch the video on the band's Facebook page or YouTube; bust out your bell-bottoms, suede fringe vests, platform shoes or roller skates; and head to Concerts in the Plaza this Friday, Aug. 17, to see Truth About Seafood ripping through their set of '70s-style metal.

"We apologize in advance for wasting everyone's time watching the video, but we really need to salvage this disaster," Daane said. "Usually, a good deli tray and a case of Hamm's cures just about everything." 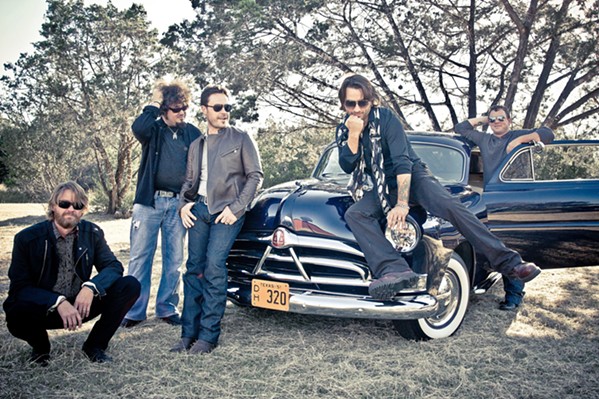 Goodnight, Texas (GNTX) plays The Siren on Sunday, Aug. 19 (7 p.m.; 21-and-older; $10 presale at Boo Boo's and ticketfly.com or $12 at the door), with Zeb Zaitz opening. Conductor is GNTX's third full-length, which, according to the band, "wanders through the American Southwest in the early decades of the 20th century. It's a moment when the United States has claimed the land from sea to shining sea, poised to become the world power, a great furnace of both progress and destruction." 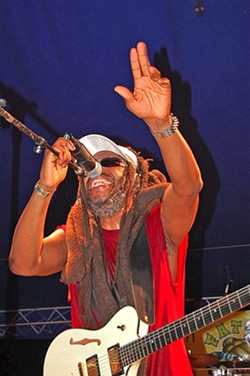 "This is, by far, our absolutely most political record we've ever done," guitarist/vocalist Darius Koski said in press materials. "We don't generally write very pointedly political songs. We tend to be a little more vague and abstract. But this one is pretty pointedly disgusted and pissed off and really directly attacking these fuckin' people in office."

"I agree it is our most political record," singer Johnny Bonnel added. "When sexism, racism, and nationalism is the agenda, it's time to speak up."

Otter Productions Inc. has an amazing reggae lineup coming this Friday, Aug. 17, to the Avila Beach Golf Resort, when Steel Pulse, Tribal Seeds, The Green, and Iya Terra perform (doors at 4 p.m.; show at 4:45; all ages; $26.52 to $84.78 at Boo Boo's and eventbrite.com). Though formed in England, Steel Pulse is as rootsy and authentic as anything coming out of Jamaica. Fronted by Derek Hinds, this Grammy Award-winning band is iconic. 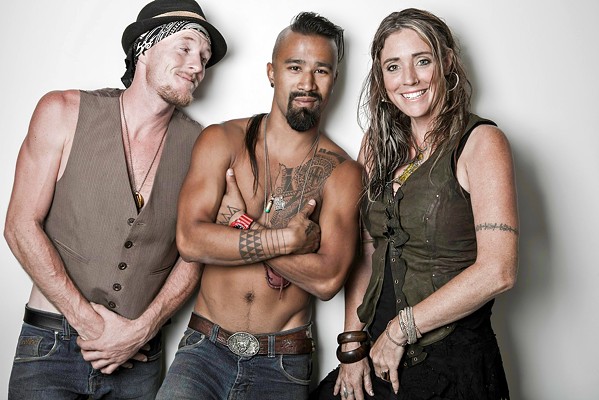 Indie roots band Dispatch, with Nahko and Medicine for the People and Scatter Their Own, play their Summer Tour on Sunday, Aug. 19, at the Fremont Theater (7:30 p.m.; all ages; $44.97 at Boo Boo's and eventbrite.com). Though originally scheduled to play the Avila Beach Golf Resort, all tickets are now valid for the Fremont Theater.

Singer-songwriter Brandi Carlile plays the Fremont on Tuesday, Aug. 21 (7 p.m.; $10 to $91.82 at Boo Boo's and eventbrite.com), with Jade Bird. Carlile is touring in support of her new album, By The Way, I Forgive You.

Blue-eyed soul man Anderson East plays the Fremont on Wednesday, Aug. 22 (9 p.m.; $25 at Boo Boo's and eventbrite.com), with Los Colognes. East's newest, Encore, has already charted two singles, "All on My Mind," which hit No. 1, and "Girlfriend," which climbed to No. 5. 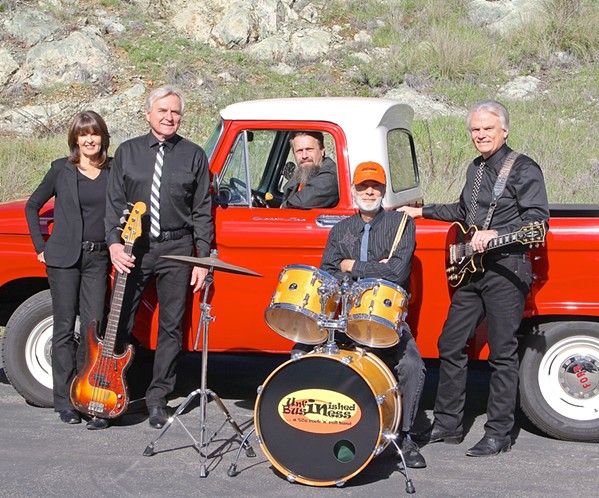 Stuck in Stereo (aka William "Bill" Yanes) plays Puffers in Pismo this Saturday, Aug. 18 (4:30 p.m.). "Me, a guitar, and a binder crammed full of radio-friendly pop songs I cherry-picked from FM playlists in every popular category over the last five decades" is how Yanes describes his show. Hear everything from Luther Ingram, to Neil Diamond, to Foo Fighters.

Summer Crush III will be at the Nautical Bean (2010 Parker St., SLO) on Saturday, Aug. 18 (6 to 9 p.m.; all ages; free). Enjoy drag performances by Krystal Methatic, Regina Flores, Atropa Belladonna, Juicy CuntWhore, and Nala Diamond; comedy by Michael Zalusky and friends; and live music by Hayley and the Crushers, plus a living tiki art scene crafted by local artist Neal Breton and Reid Cain. "Is it cool? Is it lame? Did they like it, share it, or ignore it altogether? Our new single 'Blue and Green' is all about letting go of that constant anxiety—if you can hack it!" Hayley of the Crushers said. "Living on the sleepy Central Coast of California, the sea is a constant reminder of what's actually real. Our music reflects the tension of living in a small town: It's half sugary dream, half neurotic nightmare." 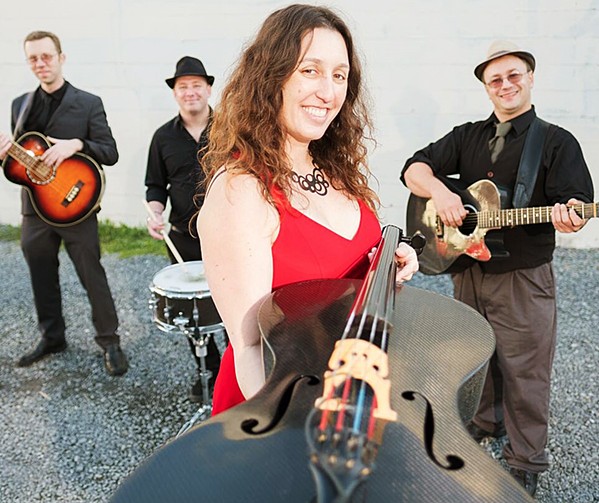 Dirty Cello plays the third annual Bluegrass, Blues, and Buffalos at Lazy Arrow Adventures in Santa Margarita this Saturday, Aug. 18 (6 to 9 p.m.; all ages; $15 at brownpapertickets.com). Don't miss this fun Bay Area blues and bluegrass band, as well as Miss Leo and her Bluegrass Boys, a traditional local string band. Bring your own stuff to grill, if you want.

If you love the music of the '60s, check out the Woodstock 49th Anniversary Show with Unfinished Business at The Siren this Saturday, Aug. 18 (7:30 p.m.; $15). "Grab your tie dye and come help us celebrate the 49th birthday of the biggest rock festival in music history," the venue said.

Female-fronted prog rock and psychedelic act Imagery Machine plays Frog and Peach on Saturday, Aug. 18 (10 p.m.; 21-and-older; free). If you like Florence + The Machine and La Roux, you'll dig them. "We're currently in the middle of a project we call 'The Monthly Machine' where we release a new single every month in 2018, culminating in our first full-length LP," frontwoman Jennie Lynn said. Δ