Tune into Big Big SLO when it hosts Together SLO, a live streaming event to support small business on May 31

Now that we're in Phase 2 (Was there a Phase 1? If so, I must have missed it), the possibility of live music is getting tantalizingly closer, but we're not there yet. Who knows? Three incubating weeks from now we might find ourselves in another COVID-19 uptick after the out-of-town Memorial Day throngs wiped their noses all over the Central Coast. For now, we have to make do with more livestreaming events, but I do see one positive in all this.

A lot of bands are getting really good at producing online shows, and even after The 'rona is a distant memory, I'm hoping we'll see bands using this technology into the future. Think how many times you wanted to see two or three different shows on the same night! Maybe in the future you can go to one and watch the other two the next day on the interwebs. 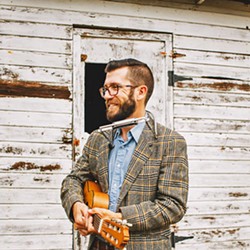 This Sunday, May 31, SLO Brew, Ernie Ball, Big Big SLO, and the Community Roots Project are teaming up to bring you Together SLO, the biggest local streaming event of the pandemic! We're talking five great bands playing livestreams to raise funds for five worthy local businesses. All you need to do is tune in, sit back, lean forward a little, hit the donate button, lean back again, get another beer, hit that donate button one more time, and pretend you're in SLO Brew among a crowd of fellow live music lovers. Yes, you can smoke inside. It's your house, bro.

The event is scheduled for noon to 7 p.m., starting off with country act The Shawn Clark Family Band playing to benefit Central Coast Music of Morro Bay. Clark's a helluva songwriter and has a terrific voice, and he surrounds himself with amazing players!

After a brief intermission as the bands switch over, Chris Beland plays at 1:30 p.m. If I'm informed correctly, he'll be playing in a duo format with his daughter, Harmony, in an act they call Gold Oceans. This show's going to be a charmer! They're playing for Arroyo Grande's Éclair Bakery. Mmm. Baked goods.

Next up is Wordsauce playing for Headstrong Fit starting at 4:30 p.m. The live instrument hip-hop ensemble is one of the best live bands in the county. They've also made some killer videos. Go online and check out "She Don't Know," which was shot in BarrelHouse Brewing Company's SLO Town speakeasy-like taproom, or "Rollin," shot on the county's rural roads. 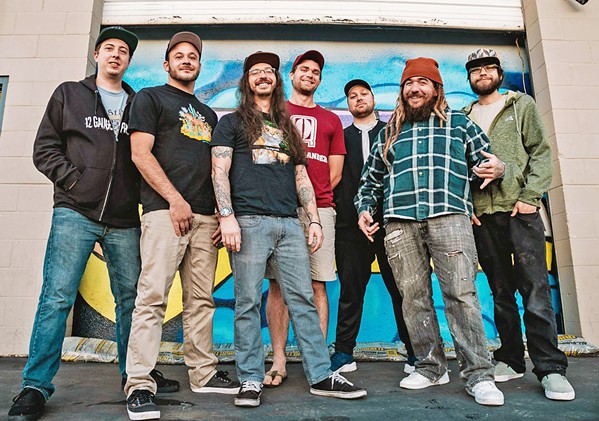 "Access to the livestream comes at no cost, though viewers are encouraged to donate to their favorite bands, which will be dispersing a portion of profits to sponsor community businesses affected by the COVID-19 shutdown," SLO Brew explained. "Charlie Puffer, owner at Puffer's of Pismo Wine Bar, will be emceeing the event and prompting live donations. Ernie Ball has generously donated strings and accessories to be given out in contests leading up to and during the event. The SLO Brew Rock events team has partnered with Simulacra Visual and Slaydar Collective to bring a high-quality livestream to any living room from the main stage at SLO Brew Rock. To donate and enjoy local music on this small-business appreciation day visit slohouseparty.com."

The Basin Street Regulars continue with their livestream concerts this Sunday, May 31, when they present The Creole Syncopators at 2 p.m. on their Facebook page. This organization usually host hot jazz shows at the Pismo Vets Hall, but as Charlie Blair explained, "For the foreseeable future, [the concert] will be livestreamed in view of the current COVID-19 restrictions. Donations will be accepted during this event at paypal.me/BasinStreetRegulars. Learn more about the organization at pismojazz.com.

Back in March, I told you about Four Day Beard's new record Somnium and how their album release concert got canceled due to the coronavirus ("What are they up to now?" March 26, 2020). Well, for the last several weeks they've been posting "quarantine solo acoustic versions of one of our songs every Wednesday on Four Day Beard's Facebook, Instagram, and YouTube accounts and will continue for the next six weeks, possibly more," the band wrote.

These are great versions! Intimate, warm, and inviting.

"We also have a new social-distancing music video in the works for 'Chasing Birds,' the first single on our new album," they added.

Two weeks ago they posted "Calm Black Water," which they call "a rumination of unrelenting wakefulness. The album version features haunting violins and beautiful backing vocals by renowned singer and songwriter, Jolie Holland."

Last week it was "Ready for Nothing," "a somber and introspective pondering of mortality."

The band has a message for the masses, and it's a wisdom bomb: "This is a difficult time for everyone. We have all been quarantining for a very long time. People are frustrated and this is testing everyone's mental fortitude. Stay strong. Some people are looking to distract and divide other people. It's important to stay positive, look for the truth, and exercise empathy, even when it's inconvenient. Especially when it's inconvenient."

Just as live music has been shut down, so have the incomes of a lot of workers who used to take care of you as you watched a show. One band knows their pain.

"Our band, High Voltage, is running a fundraiser to help the employees of The Siren in Morro Bay," Ray Rocha wrote. "This venue, along with very few others, are the only stages where our local talent can really shine. They've been very good to us. We're talking bartenders, sound engineers, lighting techs, servers, and all the important people who make this awesome live music venue tick."

How's that for charity! Here's an amazing AC/DC tribute band that hasn't been able to work for two months, but instead of asking for money for themselves, they're thinking of others.

On the gofundme.com page for The Siren, the band wrote, "We at High Voltage, like many other bands, were affected directly by the COVID-19 pandemic shutting down music venues across the United States. We lost temporarily a line of revenue and the opportunity to do what we love the most: performing live shows for AC/DC fans. We feel fortunate that we can survive the economic impact of the shutdowns, but we're also worried about the small businesses that always supported our band, more importantly, the people that work behind the stage, the cooks that provide you with the food, the bartenders that serve your drinks, the sound man, the bouncer, and the list goes on. Please feel free to donate what you can and share it with your friends. All the proceeds are going to the employees that are waiting home to go back to work. Stay safe, and we cannot wait until we see you again at The Siren for a High Voltage show!" Δ