Two documents can unlock the building moratorium in Los Osos, and they're nearing completion

If all goes as planned, by this time next year, new development will be allowed in Los Osos for the first time since 1988.

San Luis Obispo County is reaching the finish line on two key documents—a community plan and a habitat conservation plan—that if approved by state and federal agencies would unlock the building moratorium that's shackled the coastal town for decades. 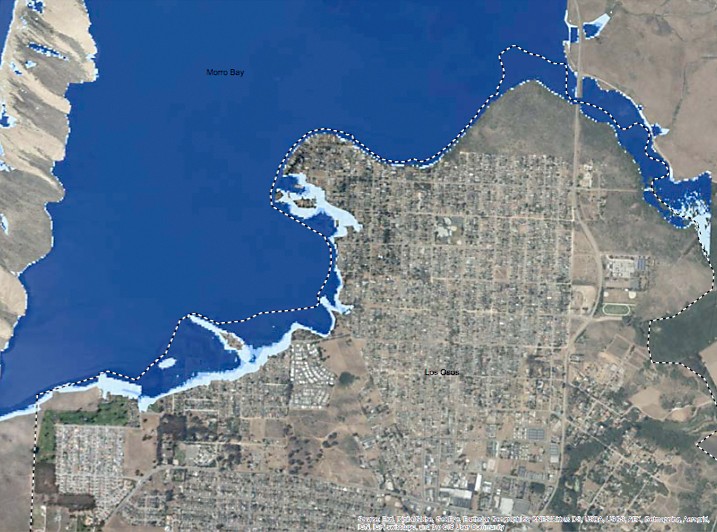 But the county first has to convince the California Coastal Commission that Los Osos has a sustainable water supply to start growing again.

In the late '80s, all future development was halted when water regulators determined that the town's septic tank system was polluting the underground aquifer—the sole water source for the community. Combined with threats of seawater intrusion into the basin, Los Osos faced a water crisis.

"The Los Osos Community Plan got approved by everybody back in the late '80s, but the hang-up was the [regional water board] putting on this moratorium that eventually became a no-build moratorium," Gibson explained.

The 2015 completion of a new wastewater treatment plant, though, changed the future outlook for the community. Now that 99 percent of its properties are off septic tanks, SLO County is looking for the Coastal Commission and the U.S. Fish and Wildlife Service to sign off on a new Los Osos Community Plan and a habitat conservation plan, respectively, to allow the town to break ground again.

The community plan—a general plan of sorts—outlines the blueprint for 20 years of growth in Los Osos. It envisions a 29 percent increase in its population, from 14,000 residents to 18,000 residents. It expects 1,861 new residential units as well as 364,000 square feet of new commercial space.

Gibson is particularly interested in the opportunities for new housing.

"We know we are short of housing in this county and this state," he said. "I'm interested in using these new resources, if you will, in a new plan to try to work on affordable housing."

Growth projections in Los Osos used to be a lot more ambitious; the previous plan from the '80s expected as many as 28,000 future residents. But the water crisis quashed all that.

"We can show that we can provide water for 19,000 people," Gibson said of the new plans.

The Los Osos habitat conservation plan, the second important document, is required by the U.S. Fish and Wildfire Service to address how future growth will affect federally endangered plants and animals. It accounts for impacts to the Morro Bay kangaroo rat and Morro Bay shoulderband snail—both endemic to the area and endangered—as well as the Indian knob mountainbalm (endangered) and Morro manzanita (threatened).

New development in Los Osos could alter or remove 532 acres of species habitat, according to the plan. But 418 acres of new open space, allotted as part of the community plan, will provide opportunities to create new habitats. A Fish and Wildlife assessment of the impact to the snail species reads that, "over the long term, we expect an increase in the number of Morro shoulderband snails on the preserve to help offset the loss of individuals due to the covered activities."

County officials expect Fish and Wildlife to approve the habitat conservation plan before the end of this year. Then the SLO County Planning Commission and Board of Supervisors can review the Los Osos Community Plan during the first half of 2020. The community plan's environmental impact report is currently open for public comment through Dec. 11.

"What we'll have to do is convince Coastal that our [water] plan is a real thing," he said.

Since 2016, Los Osos' three water purveyors have met regularly as part of a committee that's charged with implementing a plan to help solve the aquifer's woes.

Gibson said measures in the plan like installing nitrate removal treatment systems and shifting pumping away from the ocean are starting to work. Community-wide water conservation has also helped reduce stress on the aquifer.

If all goes according to plan, Los Osos might finally be lifted from its 31-year abeyance one year from now.

"And unicorns can roam the hills," Gibson quipped. "But that's my goal. Everybody I talk to seems to think that's a possible timeline." Δ