When you hear the name Memphis, you can’t help but think of music. The city boasts an embarrassment of legends like Otis Redding, Elvis Presley, Johnny Cash, and Aretha Franklin, all of whom made their start there. It only makes sense then that the town would eventually becomes its own Broadway musical. And that’s exactly what happened when composer David Bryan (of Bon Jovi) and lyricist Joe DiPietro teamed up in the early 2000s. Together, they created Memphis: The Musical—a charged look into the racial and cultural dynamics of 1950s America that went on to win the 2010 Tony Award for Best Musical. 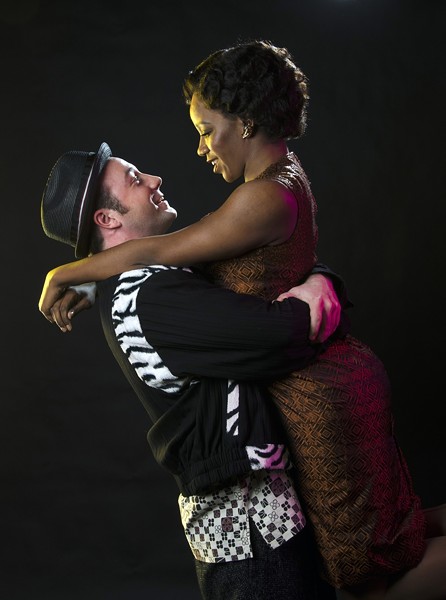 The story follows Huey Calhoun, a young white man who frequents the predominantly African-American rock ’n’ roll club in town, Delray’s. Soon, he begins playing the music he hears at Delray’s on a white radio station. Backlash from the white community ensues, but the music gains immense popularity. Huey rises up in the world, finds love with a young black woman named Felicia, and together, the two must navigate the turbulent waters of a competitive entertainment industry and a deeply prejudiced nation.

When San Luis Obispo native Joe Ogren first saw Memphis on Broadway, he was a freshman in college, working on a degree in musical theater.

“I sat in the front row,” he told New Times over the phone. “We got these last-minute rush tickets. I saw this show, and I was just amazed. I knew this was a character I had to play [Huey]. Because Huey is not your typical leading man. He’s a really funny, quirky character. It really stuck with me.”

A few years later, Ogren got that chance. After graduating from Pace University last May, an opportunity arose for a new national tour production of Memphis. Ogren auditioned and got the part. Not only does he play Huey as an understudy, but he plays a wide variety of supporting roles in the show’s ensemble. He’s in an unique position where can see all sides of the show—its vibrant exuberance and its trenchant social commentary that still resonates today.

Cal Poly graduate and former Central Coast resident Pat Sibley agrees. She’s a veteran of the musical theater world, and this production of Memphis is her second time around with the show and her 10th national tour overall. Like Ogren, she believes the quality of this musical derives from more than its powerful themes and show-stopping numbers.

“I think what I love about it is that this is a really good story,” she told New Times. “It’s a very good story, and it’s relevant today. What’s wonderful for me to watch is that it doesn’t matter who is telling the story. That’s what’s exciting. It’s easy to say the Broadway show worked. They had years to workshop that. So now, you hand it off to a new team and make it come to life.”

Arts Editor Jessica Peña moves to the groove at jpena@newtimesslo.com.