Two of the county's most significant arts venues are undergoing management shifts. Tim Anderson, who's been curator of the San Luis Obispo Art Center for nearly seven years, will be leaving to direct Cuesta College's gallery and teach two art classes as of Jan. 9. Anderson is the Art Center's first full-time, paid curator. 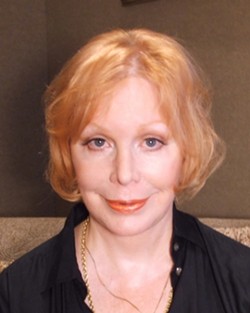 # "I've really enjoyed what I do here," Anderson said. "This is the start of my seventh year here, but the opportunity at Cuesta for me to focus strictly on contemporary art is really attractive. They have a nice space out there. It's a great gallery that's been sort of under-utilized, and it's a great chance to rebuild and reshape the gallery."

Though Anderson hasn't yet solidified any new plans for the gallery, he's interested in helping the art department reinstate art excursions as part of a gallery management class. The excursions involve busing students to museums in Los Angeles and other nearby locations. Cuesta dropped its art excursions class five to six years ago.

Art Center Executive Director Karen Kile has begun the search for a new curator, placing ads in national art magazines and notifying art-related organizations that the position is available. A board-appointed search committee will help Kile with the search, which is similar to the one that took place in 2000 when the center received about 40 applications and hired Anderson from Los Angeles, where he worked at the Los Angeles Museum of Art.

All applicants are expected to have an MA in art history or museum studies or an MFA. Applicants should also have a minimum of two years of curatorial experience and excellent communication skills. Application materials include a r»sum», two letters of recommendation, and 10 images of installed exhibitions. The Art Center must receive all applications by Nov. 1 at 5 p.m.

"I love this area," she said. "I have visited the area and it was a choice that I made to move here. It has cosmopolitan elements and a rural environment, and that combination was exactly what I was looking for."

Rainey-Cuyler began working in repertory theater at the age of 12. She's produced television shows, worked to establish a cultural center in rural Florida, and worked for a Performing Arts Center in Chicago. Armed with decades of entertainment experience, Rainey-Cuyler plans to begin her new role at the Clark Center by interacting with the entertainment consumers.

"What I'm hoping to do within the next month is obtain speaking engagements," she said. "I want to go to the Kiwanis, the Rotary, chambers of commerce in all the towns. I plan on talking to them about the center and asking everyone what they want to see here, because every area is different, and I program for the needs and desires of the region."

Michael Gros, who served as interim executive director for about eight months, has accepted a teaching position at the Kansas State University Department of Speech Communication, Theatre, and Dance. Prior to working with the Clark Center Association, Gros served as artistic director of PCPA at Santa Maria's Allan Hancock College from 2000 through November of 2005.