More Los Osos residents are appealing their higher than normal water bills to the Los Osos Community Services District (CSD)—the second wave of such protests in just a few months. 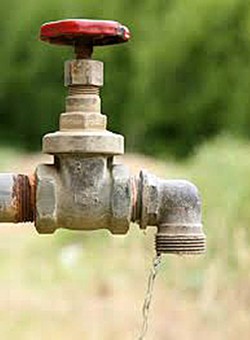 Disputed bills of $864 and $571—for residents living on Baywood Way and 9th Street, respectively—are up for protest hearings on Jan. 9 in front of the CSD board of directors. According to their bills, the customers allegedly consumed about five times their normal water use between September and November 2019.

At a prior board meeting in November, two other customers protested July to September bills that exceeded $1,200. In those cases, the board offered the dumbfounded residents a "middle ground" compromise that was less than the total amount billed.

"These are unexplained ones," Munds told New Times. "It's really kind of hard to tell what's going on."

When a customer's water meter is higher than normal—which happens between 10 and 50 times per billing cycle, according to Munds—the CSD notifies the customer and can conduct a follow-up investigation. In these protest cases, the district detected no leaks, and also found that after a few weeks, the customers' meter levels dropped back into normal range. While the CSD believes the higher meter readings were accurate, it's unclear what caused them.

"For it to be a meter problem would be highly unlikely," Munds said. "Most of our meters are very new actually."

Munds, formerly a utilities manager at the city of SLO, said he doesn't believe the issues have anything to do with CSD infrastructure. But he noted that there are "a lot of variables" that could result in unnoticed leaks on a property.

Higher water rates at the CSD could also be contributing to the bill protests, Munds added. The instances of abnormally high water bills hurt more when the water itself costs more. In the past few years, the district has adopted rate increases to raise revenue to cover capital projects associated with balancing the Los Osos Valley Groundwater Basin.

As for resolving customer disputes like the four the CSD board has grappled with recently, Munds said he hopes to implement a future policy that can address them fairly. It might be a once-every-few years discount for customers facing extreme bills.

"I'm trying to be fair to the community and fair to our ratepayers," Munds said. "If the water's not paid for, it has to be absorbed by the general rate base." Δ