# The two have announced a two-part tour across the United States throughout the winter and spring months to support their second album, Razed. The duo's live shows are essentially made up of 100 percent improvised breakbeat/house/drum-n-bass/trip hop music created live on stage using cutting edge technology. Audiences hear dance tracks driven by the undeniable power of live drums. There are no pre-recorded tracks, just music created on the spot, recorded, and then mixed and remixed live to create an ever-evolving musical experience.

Travis and Hann's roles in EOTO (pronounced ee-oh-toe) are nothing like SCI. Here, Travis is in charge of the tonal elements, playing bass, guitar, keyboards, as well as hand percussion, and live mixing. Meanwhile, Hann plays the drum kit, percussion, and sampler. It's a crazy sight seeing two guys pump out so much sound!

With nearly 1 million MySpace friends, who's more popular than a junior high school cheerleader with a Blackberry? Sherwood!

The band born at Cal Poly and nursed to greatness via the Internet--they were the first band signed to MySpace Records--has embarked on a two-month headlining U.S. jaunt on the Starry Nights & Salty Seas Tour with guests The Matches, The Higher, Houston Calls, and We Shot the Moon.

The showcase arrives at Downtown Brew on Friday, Feb. 1, for a 6 p.m., all-ages show that costs $13 advance or $14 at the door. Sherwood continues to promote A Different Light, an ode to SoCal music pioneers the Beach Boys.

Something to Cheer about

Numbskull Productions and Downtown Brew have a blast from the past lined up for Wednesday, Feb. 6, when Blue Cheer--pioneer of heavy metal/stoner rock/grunge music--hits the SLO Town club.

Begun in 1966 as a sextet, by '67 the band had shrunk to a trio consisting of Leigh Stephens on guitar, Dickie Peterson on bass and vocals, and Paul Whaley on drums. They signed to the Philips record label and released the groundbreaking Vincebus Eruptum, a chaotic masterpiece of raw power that gave the band its greatest hit, "Summertime Blues."

The band was sort of on again, off again over the next couple of decades, but in 1999 they came back strong with a stunning live album recorded in Japan, and then a studio album, What Doesn't Kill You, in 2007.

The collection of guitarists is touring in support of their new Pacific Music CD, International Guitar Night II, which was released two weeks ago. If you're a fan of virtuoso acoustic guitar playing, you'll rue the day you missed this concert.

The Cinders Blues Band with the legendary saxophonist Red Holloway plays Paso Robles' Level 4 (a restaurant and bar located in the clock tower building) on Thursday, Jan. 31, at 9 p.m. The Cinders return to Paso on Saturday, Feb. 2, for a 5 p.m. show at The Wine Attic.

On Friday, Feb. 1, SLO's First Presbyterian Church welcomes PCPA Theaterfest to the SLO Brown Bag Concert at noon in Wilson Hall. The public is invited to bring lunch and enjoy

Also on Friday, Feb. 1, The Porch Cafe in Santa Margarita presents an evening with Don Lampson, Eric Brittain, and Charlie Kleeman featuring songs from Lampson's album Heart of the Chaparral. Virtuosic multi-instrumentalist Brittain just returned from a month of playing Hawaiian music with the Kapunas of Molokai, and Lampson will be celebrating his birthday and "feeling worth his weight in gold!" (185 lbs. x 16 oz. x $900 = $2.7 million! Not bad!) The show starts at 7:30 p.m. and "Goodnight Irene" will be sung by all at 9:30.

Starting Friday, Feb. 1, and running every Friday night through May 9, Hoovers Live is going to be doing a 16-band battle! Each Friday, two bands enter, but only one advances, and you're the judges: The crowd has ballots and votes. On Feb. 1 at 9:30 p.m., watch the lovely ladies (and that guy) of Romeo & The Juliets go head-to-head with A Knife Called Mike. The cover's only $3.

On Friday, Feb. 1, Luis Mu"oz will play a 7:30 p.m. show in Cuesta College's Student Conference Center to support Of Soul and Shadow, his newest CD and a follow-up to the well received VIDA (4 stars in Downbeat magazine, one of the 10 best jazz recordings of the year in Latin Jazz Network, Best Latin Jazz CD of the year in Jazzreview.com). Tickets are $10 general or $7 for students. Call Cuesta at 546-3198 for more info.

Paso Roblans, rejoice. You have a new live music venue that's going to be pumping out free shows every Thursday and Saturday beginning Saturday, Feb. 2, when Tombstone Rockers (rockabilly) and Green Ribbon (reggae) play at 9 p.m. in Paso Robles' Downtown Brew (1108 Pine St.). These concerts will always start at 9 p.m., always be 21-and-older, and always be free!

Solo acoustic rocker Jon Jones will bring his rollicking, bluesy rock'n'roll to Last Stage West on Saturday, Feb. 2, at 9 p.m. ($8). Jones is touring in support of his debut album, Batteries Not Included, filled with his gritty baritone vocals and even grittier rock. 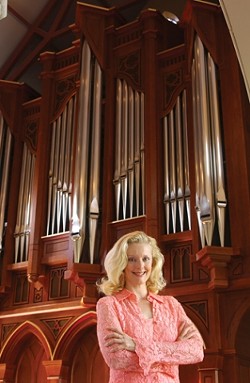 # On Saturday, Feb. 2, Rock Sisters Productions is also getting a jump on celebrating Bob Marley's birthday when the Shival Experience plays a $3, 9:30 p.m. show at O'Reilly's Bar & Grill. An irie time will be had by all.

Fans of the wo˜!, never fear, the weekly freeform improv dance session hasn't disappeared, it's just changed names. Now known as the Yum Sessions, the event continues Sunday, Feb. 3 (10 a.m. to noon), at the Monday Club. Dance like nobody's watching to funkadelica by Mind's Eye.

On Sunday, Feb. 3, the Famous Jazz Artist Series at the Hamlet in Cambria will present "A Tribute to Bill Evans" featuring pianist/composer Ian Bernard (formerly of June Christy, Rosemary Clooney, and Dick Haymes), who will perform material associated with the late jazz piano giant. Bassist Luther Hughes and drummer Paul Kreibich, as well as concert series co-producers Charlie and Sandi Shoemake (vibraphone and vocals), will join Bernard. There's a $15, 4 p.m. show a $12, 7:15 p.m. show or see both for $20. Reservations are recommended. Call 927-0567.

In the second of the popular Forbes Pipe Organ Recital series presented by Cal Poly Arts, Janette Fishell performs a grand afternoon concert at 3 p.m. on Sunday, Feb. 3, in Harman Hall at the Cohan Center. Fishell's program includes "Music Under the Influence: Masterpieces Inspired by Masters," featuring selections from Sunday Music by Petr Eben Organ Chorales of the Leipzig Manuscript, by J.S. Bach Franz Liszt's Prelude and Fugue on B-A-C-H and Charles Marie Widor's Symphonie VI in G minor, Op. 42. Fishell is Distinguished Professor of Music at East Carolina University, Greenville, NC, where she heads the organ performance and sacred music degree programs and is chair of keyboard studies. General admission tickets range from $14 to $26, with student discounts available. Visit the PAC ticket office or call 756-2787.

On Tuesday, Feb. 5, check out People Noise at the Frog and Peach. The band's been playing relentlessly for a year, headlining 2007's DFest in Tulsa, along with Flaming Lips and Shiny Toy Guns. The psychedelic indie rock act swirls with an '80s sensibility that sounds nostalgic and contemporary at the same 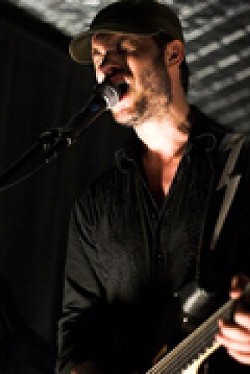 East Coast reggae greats SOJA (Soldiers of Jah Army) tour through Mongo's Saloon on Tuesday, Feb. 5, in support of their most recent release, The Stars and Stripes EP (a full length version is due this summer). The band is fresh off their third European tour and hits the West Coast after kicking off their tour in Hawaii--tough life, eh? Check out SOJA's conscious roots music.

Willie Nelson is playing at the Madonna Inn's Alex Madonna Expo Center on Friday, Feb. 8, and tickets have been selling briskly, so if you wait until next week, you may be too late. Buy tickets at Boo Boo Records. Also, for those of you wishing to get your drink on, Madonna Inn will be having room specials for concertgoers. Call the Inn (543-3000) to learn about rates and availability. ?

# With their self-titled debut album, Vampire Weekend will either begin to ride a wave of gushing hyperbole or be dismissed by criticizing scrutiny. It ain't easy being the latest buzz band in NYC, especially when you champion a style called "Upper West Side Soweto," a pretty point-on assertion of the Afro-pop that brightens their new-wave core. The Talking Heads hashed a similar sound--David Byrne and company often swiped a foreign rhythm here, an African melody there, to infuse their own art punk with global funk. But Vampire Weekend's infectious groove tends to resemble the more adventurous side of the Police, especially with singer/guitarist Ezra Koening's high, vibrato-less voice. Initially, all the various influences swirling together may seem a little forced. But rarely has a debut sounded fully formed and exacting: the rhumba percussion and steel drum Afro-Caribbean flare of "Mansard Roof," the Congolese shuffle of "Cape Cod Kwassa Kwassa," and the faux-Baroque strings on "M79." Even the slight blunder will have you intrigued about what a sophomore release and a year or two of experience will add.

# With all the mysterious background surrounding the shadow figure of Clutchy Hopkins, a supposed vagabond musician who hints of composer Moondog, you may instantly have the feeling of being fleeced. Either this is the most scripted prank in recent recording history or someone has unearthed a priceless heirloom. Hood-winking reservations aside, one listen to the brilliant and hypnotic arrangements on Walking Backwards will have you typing his name in an Internet search field to find out more. The album plays out like a soundtrack to a wild phantasmagoric dream. You'll envision the dusty landscape of spaghetti-westerns, the percussive funk of blaxploitation street-walking scenes, and the spaced-out, mesmerizing dreaminess of a stoner's high. With assistance from beat maker Shawn Lee and the appearance of recently rediscovered soul artist Darondo, your instincts may be right in thinking this is too visionary to come out of the past, but really, you won't care. It's just that good.

When Glen Starkey is sad, he sings, and then the whole world is sad with him. Tell him to keep it in the shower at gstarkey@newtimesslo.com.