Undercurrent: The Disappearance Of Kim Wall 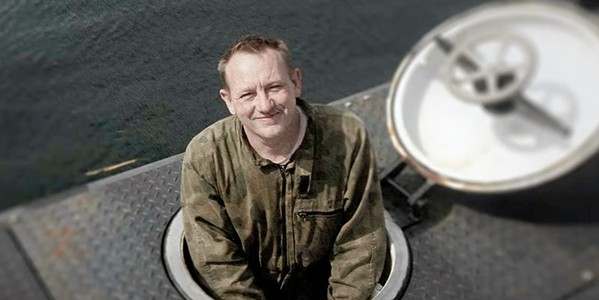 In 2020, HBO released The Investigation, a six-part Danish series detailing the investigation of journalist Kim Wall's mysterious murder onboard a privately owned submarine. It must have gone over well because the story comes once again to HBO in Undercurrent: The Disappearance of Kim Wall.

Wall's murder and the man behind it captured the world's attention as more bizarre and horrifying facts came to light. In this two-part series, filmmaker Erin Lee Carr attempts to weave the story once again. Featuring interviews with the journalists who covered the story and friends of both the victim and the perpetrator, this series attempts to tell the stories of the people involved more in depth, Wall in particular. It talks of her journalism career, a calling by all accounts she couldn't imagine life without.

Later in the series, we hear from those who knew Kim's murderer, Peter Madsen. He was an inventor whose eccentric personality and ideas made him a minor celebrity. What lay below the surface was a much darker story. If you don't know anything about this case, this series may be a good place to start. While I much prefer the 2020 series to this new release, true-crime junkies will be glad for another telling of this bizarre tale, even if it doesn't hold a whole lot of new insights. (two episodes totaling 125 min.).