Where's it available? DVD, Streaming on Amazon and iTunes 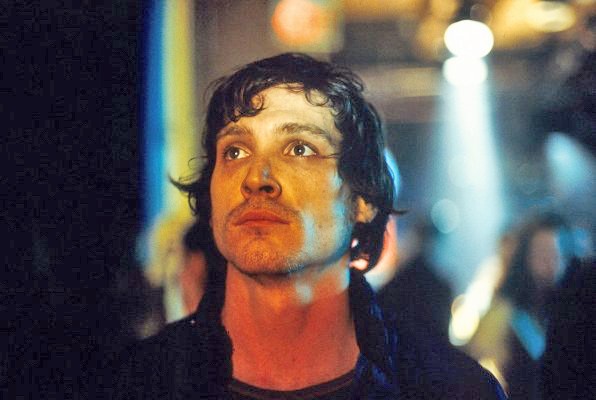 Late American author Denis Johnson's collection of short stories, Jesus' Son, are adapted into a feature length film by Canadian-born New Zealander director Alison Maclean for the 1999 comedy by the same title. The film stars and is narrated by Billy Crudup as FH, a.k.a. Fuckhead, a heroin- and prescription drugs-using 20-something who occasionally steals things and finds himself in one unfortunate scenario after the other.

FH is introduced to heroin by his future girlfriend Michelle, played by Samantha Morton, who FH meets in one of the film's many memorable scenes, this one set to the immediately infectious Tommy Roe hit "Sweet Pea." After a night together, FH finds Michelle shooting up at the kitchen table the next morning. He watches as he pours himself a bowl of corn flakes, and their relationship takes off from there.

Reflecting the structure of the source material, the film follows FH through distinct but interconnected adventures that are both tragic and comical. The mid-portion of the film, which features Jack Black as Georgie, a pill popping orderly at the emergency ward where FH has taken a job, is particularly funny and feels the most like a true comedy, before shifting back into more of a drama-infused blend. The scenes with Black also feature the film's best dialogue, with Black delivering several laugh-out-loud one-liners.

In the latter part of the film, while attending an AA meeting, FH finds a relatable figure in Mira, played by Holly Hunter, whose past romances, including three marriages, all seem to have ended in tragedy. During this period of sobriety, FH works as a newsletter writer for a nursing home, whose troubled residents FH can also relate to.

Like the title, there are moments of magical realism in the film that are not explicitly explained. At one point FH potentially appears in the dream of someone else, fellow user Wayne, played by Denis Leary, and at another point FH sticks his hand through the glass pane of a window. In the closing scene, the Southern gospel song "Farther Along" is featured, which includes the lyrics, "Farther along we'll know all about it, Farther along we'll understand why, Cheer up my brother, live in the sunshine, We'll understand it, all by and by." (107 min.) Δ