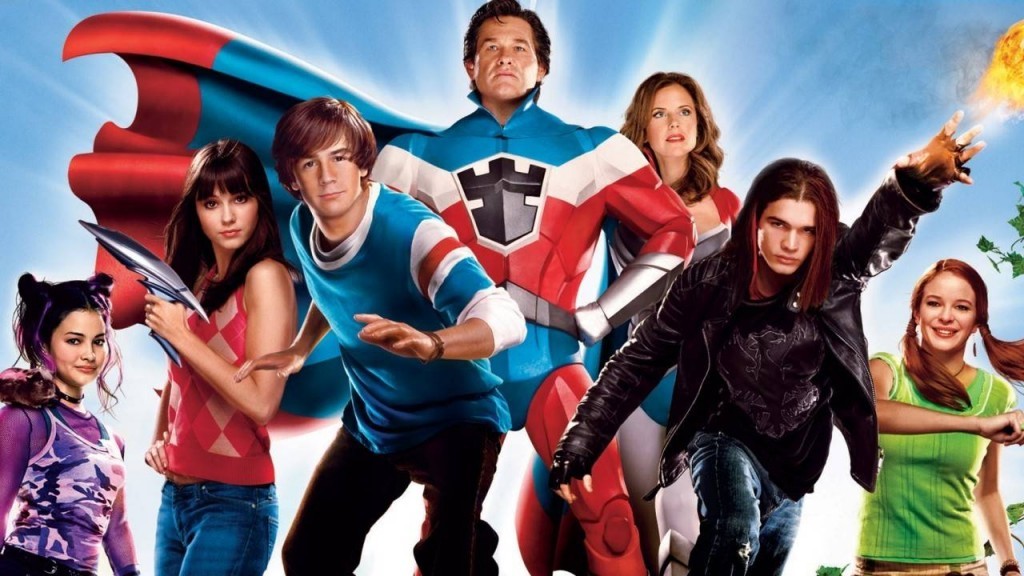 Where's it available? DVD and streaming on Amazon, iTunes

In 2005, Disney released a movie that had it all: action, romance, humor, drama, excellent world building, a well thought-out plot, a star-studded cast, clever references, and a guy with a pun for a name. It got mostly favorable reviews as well, and yet somehow I've barely heard any mention of it, even when it was brand new. I'm talking about Sky High.

Set in a universe full of superheroes, Sky High follows the story of Will Stronghold (Michael Angarano), son of famous superhero duo "The Commander" (Kurt Russell) and "Jetstream" (Kelly Preston). The movie begins on Will's first day at Sky High, a high school just for superheroes. Will's super powers have not yet developed, but he's been trying to keep this a secret due to intense pressure to live up to his parents' reputations. The story contains multiple interesting subplots and themes, but the overall gist is that poor Will is trying to navigate both the crazy world of heroes versus villains and the crazy world of typical teenage problems, such as girls and bullies.

In addition to Russell, other faces you might recognize include Lynda Carter, most well known as Wonder Woman from the Wonder Woman TV series in the 1970s, as Principal Powers, and Jim Rash, most well known as Dean Pelton from the cult favorite show Community, as Stitches. It also includes a cameo from Tom Kenny, who you may know as the voice of several cartoon characters, including SpongeBob SquarePants and Adventure Time's Ice King.

Truthfully, it's the lesser-known actors who steal the show. My personal favorite is broody, bad boy Warren Peace (Steven Strait), who is the son of a super villain father and super hero mother. (Get it? War and peace?) Even characters like Gwen Grayson (Mary Elizabeth Winstead), who could have been only a love interest, or bus driver Ron Wilson (Kevin Heffernan), who could have been only comic relief, were fully fleshed out and given significant plot relevance.

Besides the characters, what really makes this movie shine is the little details. For example, at Sky High, the science class is referred to as "mad science," and there is a detention room, which neutralizes all super powers. There are also great bits of dialogue, such as when Will's hippie best friend Layla (Danielle Panabaker) mentions that she doesn't eat meat because her mom has the power to talk to animals. The filmmakers obviously put a lot of thought and effort into blending superhero movie tropes with high school movie tropes, and the result absolutely paid off.

I truly don't understand why Sky High doesn't get more love. The only criticism I have for it is that the acting can get a bit cheesy and over the top sometimes, but considering the universe that the story takes place in, I can't help but wonder if that was done intentionally. Either way, if you haven't seen it yet, I strongly recommend giving it a chance. It's a fun, endearing, and family-friendly movie that will impress you with how absurdly well developed it is. (100 min.) Δ