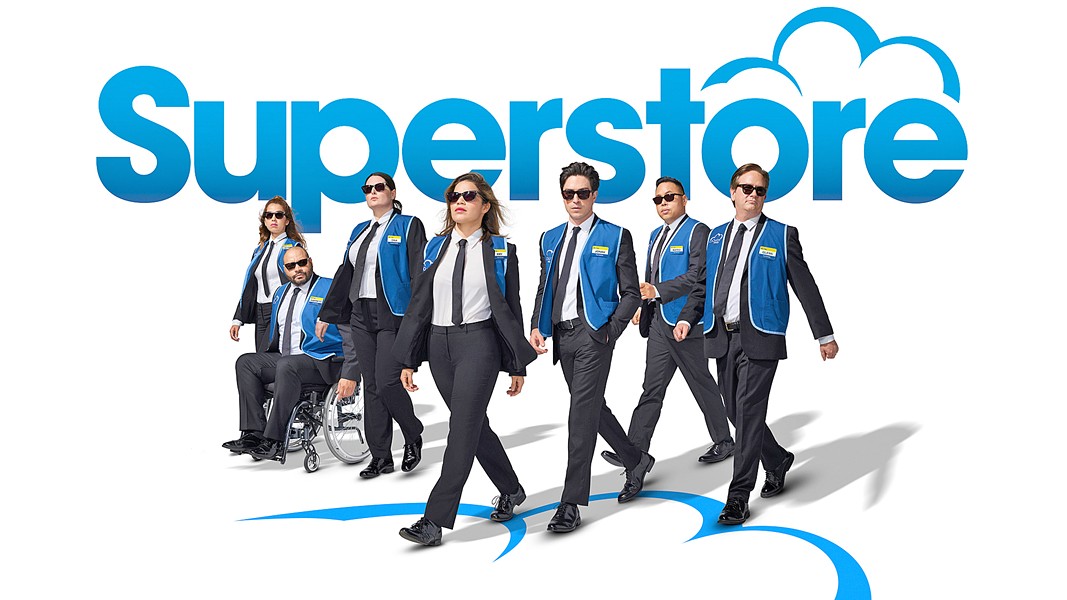 Where? NBC Network, Streaming on Hulu

In 2016, NBC finally released a sitcom worthy of its Thursday night lineup, after Dunder Mifflin (The Office) closed its doors and Leslie Knope made her way to the White House (Parks and Recreation). These two shows have one thing in common besides comedic relief, they showcase the American workplace. Now, in comes Superstore, created by Justin Spitzer, who produced The Office and was a writer for Scrubs. Spitzer carries on the chaos of an unlikely group of people who come together for the sake of their company whether they like it or not.

When you first watch Superstore, the initial thought is how similar the megastore Cloud 9 is to Walmart. White walls are lined with merchandise at an economical price with vest-wearing employees stocking the aisles. Its main character Amy (America Ferrera) is the perfect employee who keeps everyone in line and basically runs the store. What's not perfect is her marriage that only happened because she became pregnant with her daughter as a senior in high school. The store's newest employee is Jonah (Ben Feldman), who believes he doesn't really belong with the Cloud 9 crew. Yet, he's still there, so he tends to make the best of it, spreading his positivity to everyone else.

The show follows the main characters and many others through the day-to-day activities of working in this mega store while trying to balance life outside of it. The associates include Garrett (Colton Dunn), the voice of witty announcements during store hours; Mateo (Nico Santos), an overly ambitious employee; and Cheyenne (Nichole Bloom), a dimwitted teenager who becomes pregnant via her boyfriend. The general manager, Glenn (Mark McKinney), is the crew's clueless leader who throws in his religious views every now and then, and lastly, there's Dina (Lauren Ash) the aggressive assistant manager.

Together, the crew goes through many ups and downs, seasonal workers (a total pain because they don't care about the job, just the money), divorce, pregnancy, love, storms, undocumented immigrants, and layoffs. What makes this show unique is how it touches on current events such as Mateo's immigration status or Cheyenne's teen pregnancy and her steps to becoming a mother. Although it's definitely dramatized, the show is pretty relatable and makes me laugh out of my seat.

Instead of mock-u-mentary scenes of characters breaking the fourth wall and telling us how they really feel, the show films customers in the aisle wreaking havoc in the store as a subtle break between scenes. It's a funny dig at real-life customers. They misplace items. Kids run around the aisles, opening products and leaving a mess. People joy ride in the electric carts.

What this show has in common with characters of The Office is the burning question: How did I end up working here?

Spitzer and the Superstore writers have set the foundation for a will they/won't they romance between Amy and Jonah. While I'm rooting for them, it's also great to see the two grow without one another before any type of romantic relationship can form.

Every episode is a guaranteed laugh and sometimes even offers a sentimental take-away. The show is only in its third season, and I can't wait to see what the writers come up with next. (12, 30-minute episodes per season.) Δ