Underrated: The Battered Bastards of Baseball

What’s it rated? Not rated

To be honest, I'm really not the kind of person who's easily lured by a romantic tale of the "American dream" on the big screen. But The Battered Bastards of Baseball—a must-see documentary telling the larger-than-life, crazily true story of one minor league baseball team in the mid-'70s—kindled my inner American spirit in a genuine way. 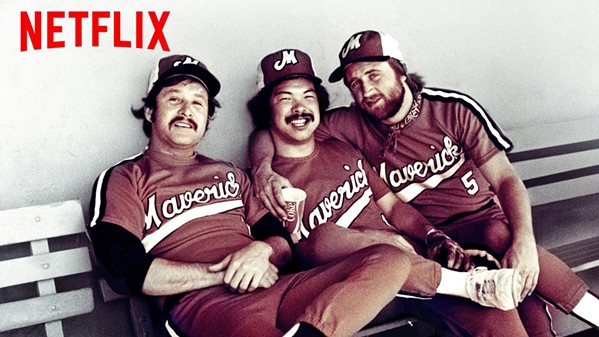 Like many boys, Bing Russell (father of actor Kurt Russell) grew up in love with baseball. He served as a batboy for the title-winning New York Yankees teams of the 1930s and '40s, before moving to Hollywood to pursue acting. In his spare time, Bing even wrote dense instructional manuals and made little films about the fundamentals of baseball—for no other reason than to feed his passion for the game.

In 1972, the actor best known as the sheriff's deputy in Bonanza (1959) saw an opportunity to chase his first love again. Portland's minor league baseball team at the time relocated to Spokane, leaving the City of Roses without a ball club to call its own. Enter Bing—who decided to fill the void and create the Portland Mavericks, a Class A independent baseball team with no affiliation with a major league club, becoming the only such organization in existence.

Baseball bigwigs thought he was crazy. Portlanders chafed at the idea of this Hollywood dude bringing his circus to their city. But Bing didn't flinch; he knew exactly what he was doing.

The Mavericks held an open tryout for their roster that got filled by a quirky, ragtag collection of misfits, dropouts, and rejects donning potbellies and unkempt facial hair. These were players whose baseball dreams had been crushed by pro scouts who deemed them unworthy of a chance, or former big leaguers who'd been dumped by their teams along the way. Bing's selling point to his players was redemption; his everyday motto was to have fun.

For all of Bing's silliness and showmanship, the man knew the game of baseball as well as anyone, and he wanted to win. He drew out those traits in his managers and players, and the Mavericks scraped their way to winning games. Quickly, the organization became a hit in Portland. The team set attendance records, garnered national attention, and cultivated an all-for-one, one-for-all spirit.

I won't spoil the ending, but as Bing eyed his ultimate prize, a Northwest League championship, he weathered heavy fire from league executives who resented him and the whole spectacle. That tension culminated in climactic fights both on and off the diamond.

Take my word for it: You don't need to be a baseball fan to appreciate this underdog story. The values it's grounded in—ingenuity, authenticity, community, family, faith, and, yes, baseball—are fundamentally American. (73 min.) Δ