For a proposed elections ordinance that would create public financing in elections, politics begets politics.

After trudging forward with two tight 3-2 preliminary votes from the San Luis Obispo City Council, the ordinance might be killed because Councilmember Dan Carpenter no longer supports it. His newfound opposition was announced March 24, days after voting to support the ordinance, because he said he received an outpouring of concerns from people objecting to the use of taxpayer money to fund candidates. On April 19, the council will reconsider their March approval to send staff to work on creating a draft ordinance. 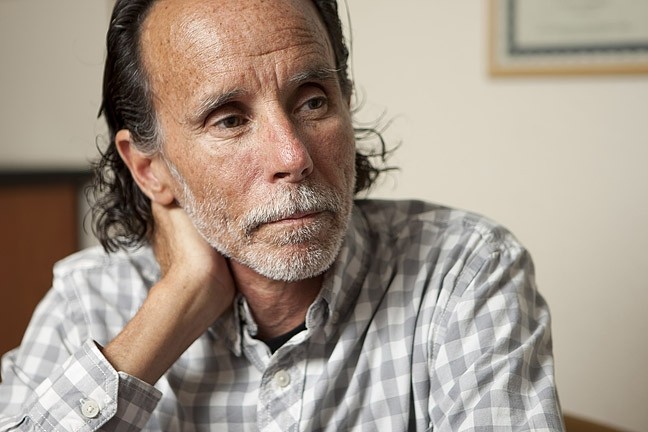 As proposed, the ordinance would give registered voters in SLO a “democracy voucher,” similar to a debit card, containing $20 to donate to the candidate of their choice. The funds could only go to candidates participating in the optional program and would be their sole funding source. The ordinance would also create an ethics commission and require that funding sources for independent expenditures—funds not directly associated with a candidate that come from a political action committee or other group—above $500 be disclosed.

The ordinance was pitched by Bill Ostrander—the director of Citizens’ Congress, a local farmer, and a candidate for the 24th Congressional District—and Michael Latner—a political science professor and Cal Poly’s Master in Public Policy program director.

They say the democracy vouchers would motivate candidates to engage hundreds of constituents in the process of collecting small contributions, rather than relying on a small group of larger, more-influential donors.

Ostrander, who would like to eventually take the ordinance to the county, contends Carpenter recognizes the need, especially now that Carpenter is running for SLO County 3rd District supervisor, an arena where campaigns often bring in hundreds of thousands of dollars.

“Dan was one of my most strongest advocates for this. He hates the money that is in the supervisors’ race,” Ostrander said. “He recognizes this creates the opportunity for citizens to participate in our democracy.”

Ostrander said Carpenter is letting political aspirations trump his duty as a representative, saying that pressure to switch came from supporters he’s courting for that race, not from city constituents.

“I would suggest that it’s a great concept, until someone realizes that they are disadvantaged by it. And that’s a selfish motivation,” Ostrander said. “So we lose for his temporary ambitions to have a county supervisors seat. That shouldn’t happen, but it does.”

“There’s no political part of it at all. Intuitively speaking, it’s probably hurt me more politically,” Carpenter said. “My response is that as a city councilman listening to the people in my community—that changed my mind.”

Carpenter wouldn’t say if his bid for the supervisor seat motivated his earlier support for this ordinance.

New Times made a public records act request for relevant correspondence sent to Carpenter’s city email during the month of March, including those sent to him during the period in which he changed his stance.

The city responded with only five emails from four individuals, all supportive of the ordinance, including one email sent to all councilmembers before the March 15 vote; a March 16 email thanking Carpenter for his support and a March 30 follow-up email asking him why he changed his stance; and a March 25 email expressing disappointment after he pulled his support.

One of those emails came from San Luis Obispo resident Judy Hornaday.

“I was very saddened and disappointed to see that so soon after you’d voted to support the ordnance to make many positive changes in SLO city voting policies that you have decided to let the naysayers reverse your vote,” she wrote on March 25. “I encourage you to give this important issue time to weigh further input. I also want to point out that you have been elected to carefully read proposed ordnances, etc., engage in discussions with your colleagues, and come to your best reasoned, fully-informed decision, as you did when you voted. You were elected by citizens who saw that in your careful attention to your duties and responsibilities.”

The emails sent to his city email aren’t completely representative of the feedback, Carpenter said, and are the only publicly available communication records.

He explained that he received feedback in all forms, including emails to his personal address, phone calls, and face-to-face encounters. It came from a mix of people, including those he’s never met before and close supporters.

During a March 29 interview, Carpenter estimated that he had heard from 80 to 100 people who were opposed to the ordinance.

Carpenter said he’s heard from more people since—into the hundreds—many voicing their support and appreciation for his decision to reconsider and oppose the ordinance.

Now, his mind is made up, and he said Ostrander is barking up the wrong tree, suggesting that pressure should be directed to Mayor Jan Marx and Councilmember Carlyn Christianson, who both ardently opposed the ordinance thus far.

“I’ve gone through a lot of conflict, and a lot of angry people to get to the point that I’m at today. Common sense would say that I’m the least likely person to change his mind,” he said. “I will not be changing my position before the 19th, I assure you that.”