I caught Joshua Ray Walker live when he opened for Charley Crockett, and on Saturday, May 28, he'll be the main attraction when Numbskull and Good Medicine bring him to BarrelHouse Brewing (6 p.m.; all ages; $20 plus fees presale at eventbrite.com or $25 plus fees day of show). 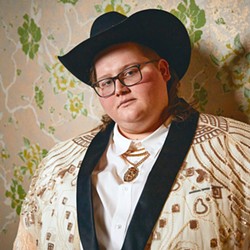 "The whole idea with the trilogy was to use the honky-tonk as a setting where all these different characters could interact with each other," Walker explained in press materials. "In my mind, this [last] album's taking place on the night before the bar closes forever—the songs are just me taking snapshots of that world, and all the moments that happen in it."

The songs are instant classics. Walker clearly understands the honky-tonk idiom from which he draws. Inspiration came from the East Dallas dive bars he "first started sneaking into and gigging at as a teenager."

One of the best songs of the last album is "Sexy After Dark."

"There's a deep history of sexy-crooner country songs played by dudes who were pretty unsexy by all accounts but still had so much swagger," Walker explained. "'Sexy After Dark' was my attempt at writing a song like that, a fun song I'd want to crank up and party to. It all came back to wanting to really push the boundaries of what I could do on this album."

Also this week from Numbskull and Good Medicine, Adam Doleac plays BarrelHouse Brewing on Monday, May 30 (6 p.m.; all ages; $20 plus fees presale at eventbrite.com or $25 plus fees day of show). He's an up-and-comer to watch.

After a two-year hiatus, the wait is over. The Avila Beach Blues Festival is back this Sunday, May 29, with a killer lineup. I think of the Blues Fest as a gateway—the concert that says, "Summer's here, party people. Get ready to boogie!" The crowd's always revved up, and with opening act Tommy Castro and the Painkillers, this party will kick off hard. Castro is a ripping blues, soul, and Southern rock guitarist.

Legendary WAR takes the stage next. Co-founding member Leroy "Lonnie" Jordan is still with the band, but as a cool sidenote, local saxophone and flute player Scott Martin has played with them since 2017.

WAR still sounds like they did in the '70s, and with that deep catalog, who knows what hits they'll pull out. 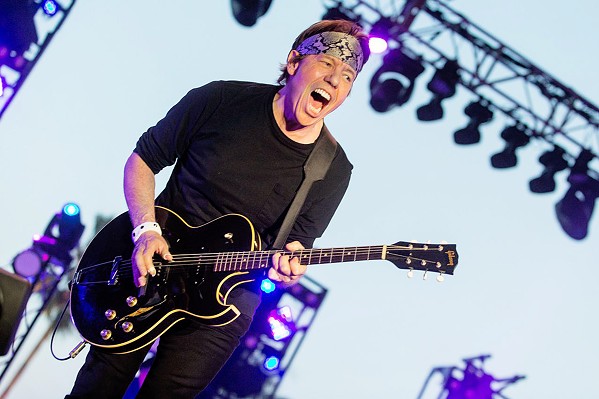 This year's headliner is none other than George Thorogood and the Destroyers. He may be the baddest guitar playing blues singing mofo to ever stride a stage. He's certainly not short of bravado.

"On the day I was born/ The nurses all gathered 'round/ And they gazed in wide wonder/ At the joy they had found," he sings on his classic hit "Bad to the Bone."

"One Bourbon, One Scotch, One Beer," "Move It On Over," "Who Do You Love?"—Thorogood's got one great song after another.

What goes around comes around

In 1971, ZZ Top released their appropriately title debut, ZZ Top's First Album, from which came the band's first hit single, "Brown Sugar." Now 51 years later, they're poised to release RAW, their 16th studio album, which was recorded in conjunction with the 2019 Netflix documentary, That Little Ol' Band From Texas. 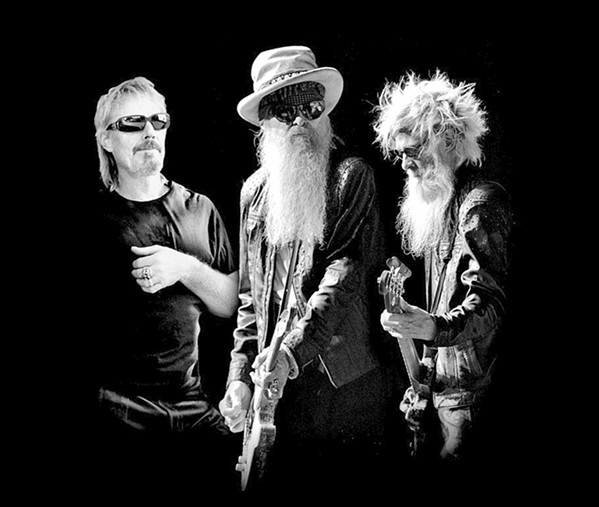 The record was cut during a session at Gruene Hall, the oldest continually run dance hall in Texas, and according to press materials, the "album's title is derived from the unfettered and straightforward manner in which the tracks were recorded."

The album features guitarist Billy Gibbons, drummer Frank Beard, and the late bassist Dusty Hill who died in 2021 and to whom the album is dedicated. He's been replaced in the band by Elwood Francis.

In the liner notes, Billy and Frank explain: "It was, in a very real way, a return to our roots. Just us and the music, no audience of thousands, no concession stands, no parking lot social hour, no phalanx of tour buses. Just us and the music. We knew right then it was a very special circumstance, all of us in the same place at the same time and what a time it most certainly was! It was as bare bones as when we first started touring in a behemoth Chrysler station wagon, driving vast stretches between those early far-flung shows under blackened Texas skies and first hearing our records on the radio. We were bonded as brothers. 'The Dust' may have left the building but he's still very much with us."

Miss Leo started a new Sunset Songwriters Series in the Olde Alehouse in Los Osos, and this Thursday, May 26, her featured performer is Natalie Haskins of Shell Beach (6:30 to 8:30 p.m.; free). Miss Leo plays for an hour followed by Haskins. Both terrific songwriters!

Sweet N' Juicy rolls into the Frog and Peach this Thursday, May 26 (10 p.m.; 21-and-older). The funky rock trio's shtick is that they're dressed as fruit—a banana, strawberry, and pineapple, to be precise—and have a very theatrical presentation. Campy fun.

Good Fruit: A SLO Food Bank Benefit Concert is scheduled for Sunday, May 29 (1 to 8 p.m.; all ages: $30 general to $70 VIP at ticketweb.com) at SLO Brew Rock, with the Damon Castillo Band, Carbon City Lights, Resination, and the Shawn Clark Family Band. Come enjoy a day of live music, food, drinks, and fun while supporting the SLO Food Bank during Hunger Awareness Day.

The Basin Street Regulars welcomes Kathryn Loomis & Company and opener the Mady Frei Group to the Pismo Beach Vets Hall this Sunday, May 29 (1 p.m.; all ages; $10). Jazz vocalist Kathryn Loomis can sing a melancholy torch song or a cheerful swing tune with equal aplomb, so fans of the Great American Songbook, plan to get an earful. The Mady Frei Group is made up of Cal Poly Jazz Studies students.

Mike Oregano plays the Frog and Peach this Tuesday, May 31 (10 p.m.; 21-and-older). This one-man-band plays reggae, hip-hop, and jazz, using his feet to hit the drums "as well as an array of fully intuitive pedal boards complete with loopers, bass splits, and synthesizer sounds.