# All seven candidates were asked where they stood on a variety of current, much-talked-about issues. Kelley, Jones, and O'Malley opted to stay silent.

New Times: Do you approve of the city manager's and the city attorney's performance over the past two years?

Beraud: Being a planning commissioner, I don't interact with either of them on a regular basis. The importance of having new members on the City Council is to question the process and to make changes. There are many areas to examine, and our city needs to grow into one that is inclusive, not exclusive, in the eyes of the public.

I want to open the closed doors to City Hall televise City Council meetings, broadcast all public meetings on the web, etc. I want to use the untapped human resources in our community to proactively plan our future.

I will insist on a complete review of city resources, both budget and staff, to insure that our resources are used wisely. If I'm elected, I will work with Councilman George Luna, who revealed the truth about the budget, to ensure fiscal accountability.

Brennler: Absolutely not. They have both been extremely irresponsible. If his [attorney Patrick Enright] advice is to purge these documents [various recently discussed controversial city e-mails] he is giving bad legal advice against the interest of the people.

I have examined their contracts and severance contracts. Their performance needs to be examined, and then some personnel changes may be made. We can't fly upside-down on this anymore. 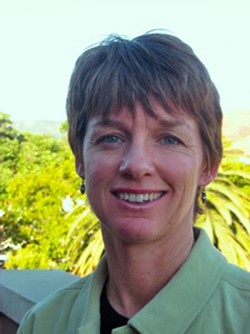 # Ketcherside: No. On a scale of one to 10, there are probably 20 percent of things City Manager Wade McKinney does right. Patrick Enright is probably right 30 percent of the time. We need a city manager that is not into special interest groups, but who listens to the people of Atascadero and what they want. There are many things wrong with a budget when only three people in City Hall are able to understand it. I would like Atascadero citizens to be able to read the budget and understand where their money is going.

Pacas: The city staff under our current city manager follows council policies as set forth by Atascadero's council majority. They are well qualified, competent, and take correction in a professional manner. Our city attorney is backed by an extensive, qualified legal firm. His advice has been up-to-date, comprehensive, and in the best interest of the Atascadero community. I support both our current city manager and city attorney.

New Times: Are you for or against the construction of a Super Wal-Mart at the corner of El Camino Real and Del Rio Road?

Beraud: The issue is really whether the city should be coerced to rezone 10 to 15 acres of residential land, deviating from our city's general plan and impacting the residential neighborhoods immediately adjacent. I am against rezoning to allow a Super Center. 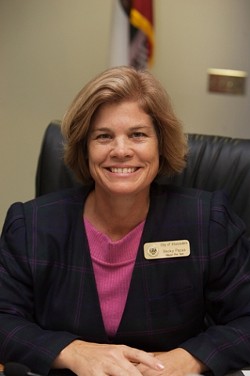 # Most people don't realize how big it would be and the problems that would result it would be at least four times bigger than our Albertson's store. These stores are meant for huge commercial zones that are flat. The site has a significant elevation gain. Most importantly, I respect the people and neighborhoods in the vicinity.

There are already 45 acres of commercially zoned land available for development at that corner. There is plenty of opportunity to develop without rezoning. We need to think of alternatives, not take the first offer that comes along.

Brennler: I am 100 percent in favor of a commercial development at that site, but I am against rezoning for a super store at that corner. There are way too many intelligently designed projects that can fit into that area.

Ketcherside: I am against the zone change for that area. I have seen Super Wal-Mart not just destroy the downtown in which it comes into, but also the five or six other small towns in the surrounding area. I want stores on the north end of town, but not this one.

Pacas: I am against deciding any project before it goes to a public hearing, whether that be before the Planning Commission or the City Council.

New Times: What would you do about the current affairs in Atascadero, if anything?

I want people to be encouraged to participate in the democratic 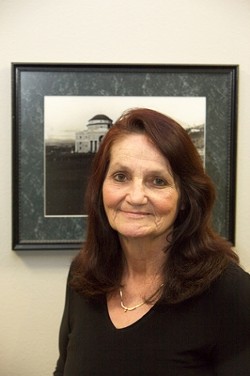 # process, not to be alienated from it. When someone asks a question as a citizen did recently about getting an issue on the agenda I want that question to be answered, not ignored.

I want to put the service back in public service. I will initiate a process that invites citizen input on key issues before the issue goes before the council. The present council is only paying lip service to the community. I want to change that.

Brennler: As far as this issue regarding the purging of e-mails and the deception regarding certain documents, the purging from my standpoint that deals with the functions of government is deplorable and it goes against the government code. First, the city needs absolute compliance of the Brown Act and the Public Records Act. They have basically come out and said they don't have to comply with the law. The citizens need to come out against this behavior, and I think they will, come November.

Pacas: The most critical issue facing Atascadero over the next few years will be Atascadero's financial future. San Luis Obispo and Paso Robles both take in almost double what Atascadero receives in retail sales tax per capita. It is difficult to compete for staffing with neighboring cities that have more prosperous budgets. Among other departments, Atascadero Police and Fire departments both operate at wages and staffing levels significantly below our neighboring cities. We have a backlog of needed road repairs. The operating costs of the new Community Center have not been budgeted. The city has un-funded park repairs, needed facilities maintenance, and more. I will work with Atascadero's staff to help improve Atascadero's financial situation.