There won't be any camping or off-roading allowed in a vast majority of the Oceano Dunes until at least October, the result of a recent legally binding agreement between the California Coastal Commission and State Parks created to address concerns about endangered birds in the park.

In a consensual cease and desist order that was finalized on July 7, State Parks agreed to halt a number of development activities that the commission claims are unpermitted and possibly harmful to snowy plovers. 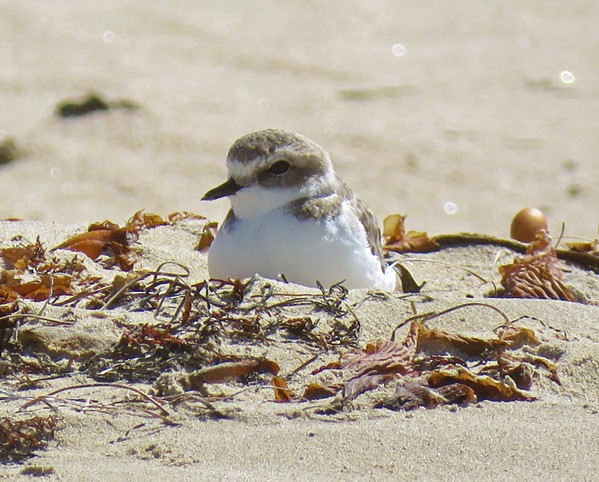 In the order, State Parks said it would stop grading and grooming the beach, and stop using mylar flags, posts, herding, and other efforts used to deter plovers from nesting outside their designated breeding areas. The order also prohibits camping and vehicle use south of Mile Post 3 through the end of snowy plover nesting season on Oct. 1, leaving only about a mile of the dunes that could possibly be opened to the public.

"Now I know that many folks are going to be very disappointed and upset," Coastal Commission Executive Director John Ainsworth said at a July 8 meeting. "And unfortunately the COVID crisis has thrown us some curves in many areas of our lives, and we've had to make many sacrifices so our communities and families remain safe. This is just another one of those sacrifices and inconveniences."

The Oceano Dunes State Vehicular Recreation Area (SVRA) has been closed to vehicles since March 26 due to COVID-19. Without vehicles in the area, plovers are building nests outside their "seasonal exclosures"—designated breeding areas that are off limits to vehicles and visitors.

Many of the activities listed in the order were part of an effort on State Parks' part to prevent plovers from nesting in areas that are typically open for vehicle use in preparation for reopening.

The prohibition of vehicles is a win for conservationists like Jeff Miller, a Los Osos resident and senior conservation advocate at the Center for Biological Diversity, who said struggling plovers need a year to breed without the threat of being run over.