Save history, save your records, Citizen Curator

Did you ever groove to the Haydn Quartet singing “The Owl and the Pussycat” from 1901? Or how about the Original Dixieland Jazz Band’s 1917 recording of “Livery Stable Blues,” considered the first jazz recording ever released? Most likely you haven’t, but thanks to collaboration between UC Santa Barbara and its Encyclopedic Discography of Victor Records with the Library of Congress and Sony Music Entertainment, you now can hear these—and 10,000 other recordings from 1901 to 1950—on the National Jukebox created by the Library of Congress. 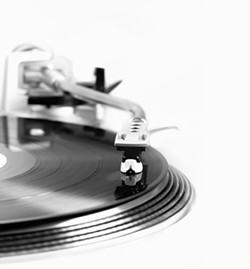 Launched on May 10, the National Jukebox has turn-of-the-20th-century music, speeches, instrumentals, vaudeville acts—all of them historical recordings long ago forgotten as formats and society changed. As Gene DeAnna, the head of the Library of Congress Recorded Sound Section, said, “The National Jukebox represents a strong step to return out-of-circulation recordings to public access.” These initial 10,000 historical recordings were provided from Sony Music Entertainment, who has, through acquisition and mergers, managed to get control of all the Victor Records rights. UC Santa Barbara is working with the Library of Congress by creating a searchable database for every recording in the National Jukebox.

According to UCSB’s David Seubert, curator, Performing Arts Collection at UCSB, the Library of Congress was essential to the National Jukebox becoming a reality as “they have the muscle” to get Sony to license this stream of audio history, gratis, no licensing fee. The recordings can be listened to, but can not be downloaded. Sony controls the commercial rights.

Even politicians relied on records to spread their message. The National Jukebox includes 1913 speeches by Woodrow Wilson and Teddy Roosevelt, who used Victor Records to disseminate his campaign message about the farmer and American business.

The work of UC Santa Barbara and the National Jukebox are a major step toward preserving our audio history but institutions cannot do it all. The primary source for the preservation of the audio history captured on the vinyl (or the earlier shellac) record is for people who own records to realize they are the custodians of their particular record archive. There are no two record collections that are the same. Every record collection contains recordings that have been out of print for years. If these recordings are to survive, they must be cared for by their owners: Preservation of audio history cannot be left to institutions. The public is the custodian of the world’s audio history; there is not a government agency that houses all recordings. The Library of Congress comes close, but they don’t have everything in their collection that you may have in yours.

Recently, there has been a lot of media attention to the resurgence of sales and popularity of the vinyl record. Record companies, who need more help than AIG ever got, see a renewed source of income as artists want to be hip, cutting edge, by releasing their newest recordings on vinyl. Surprisingly, it’s a younger generation, not Baby Boomers, who are driving sales. The vinyl record was dismissed as outdated by the generation that grew up with it, only to return a generation or so later to become the “newest” listening format.

But the issue of preserving our audio history is deeper than renewed popularity. There are still many people who look at a record collection and see only “old records” that should be dumped. The danger is we lose history, connections with voices from the past.

According to the Recording Industry Association of America, only five percent of analog recordings have been transferred to digital format. As reflected by UC Santa Barbara’s cataloging the 50 years of Victor Records, there are countless peripheral recordings, historical speeches, news broadcast of significant world events, fringe artists, and music available only on the non-digital format. To trash or not take care of an “old record” is destroying the audio history of generations past.

Is it important for future generations to hear the voices that record companies didn’t see profit in converting to a digital commercial product? If it is not, what’s next? Do we turn the books that have not been digitized for Kindle into fireplace logs? Do we toss old magazines, professional manuals, and any other printed materials because of the digital age? No, we do not. Destroying the audio history on vinyl records as a consequence of the iPod and computers makes as much sense as ridding ourselves of books because of Kindle.

So take care of your record collection. How else will future generations hear “Yummy, Yummy, I’ve Got Love in my Tummy” if you don’t?

Gary J. Freiberg is the founder of Vinyl Record Day and author of the accepted Vinyl Record Stamp proposal. Send comments via the opinion editor at econnolly@newtimesslo.com.