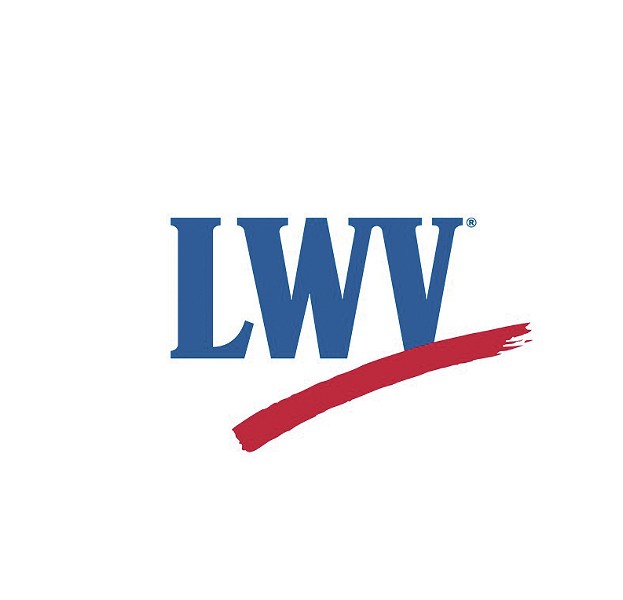 As the San Luis Obispo County League of Women Voters celebrates 60 years, its membership numbers have more than doubled in the recent past.

"We were fighting to keep 100, you know, get 100 and get them to keep renewing their membership. Now we've got 300, and it's grown significantly in the last couple of years," said longtime league member Marilee Hyman. "They're concerned about our democratic system. They think it's messed up, they think it's dysfunctional."

People see that the league is a nonpartisan organization focused on protecting the rights of voters, and they join, Hyman said.

"We're looking for good governance," Hyman said. "We care that there are political parties that are interested in government and put forward good candidates for office."

The league doesn't tell people how to vote, Hyman added, and doesn't support a candidate or political party. It does its best to get information about candidates, ballot measures, voting, and voting issues into the hands of the public by putting on candidate forums, registering voters, staffing polling places, and more.

For the June primary election, the league staffed and ran four of the county's election precincts through a program called Adopt-a-Poll. Hyman said with a laugh that she's still recovering from Tuesday, June 7. She worked directly with the county to set up the polling center she volunteered to head up in Arroyo Grande and made sure every ballot was counted and looked after until the end of voting day, before turning them over to the county.

"It was such a long ballot, four pages—that's really kind of discouraging to folks. And that's why we like helping people to vote. We think it's such an important job," Hyman said. "We firmly believe that if people are well informed and if their right to vote is protected, our democratic system of government can survive the challenges it faces and prosper."

The local league does its best to keep Voter's Edge California updated with information about the local candidates running for office. The online project is a collaboration between the League of Women Voters of California Education Fund and MapLight to provide a comprehensive, nonpartisan guide to federal, state, and local races in the state (votersedge.org/ca).

"I'm sure our founding mothers would be surprised with all the ways that we can get information to people now," Hyman said.

The national League of Women Voters was established in 1920 to help women gain the right to vote, and the local chapter formed in 1961. In every election year since 1962, the local league has moderated forums for candidates seeking everything from seats on school boards, city councils, and Congress to county District Attorney. According to a brief history of the SLO County chapter, the league hosted its first forum and pros and cons presentation in October of 1962, the year of the Cuban Missile Crisis.

Cabrera, a retired Atascadero High School political science and economics teacher, said he had talked the talk and decided he needed to walk the walk. Prior to retiring, he said, he went looking for a nonpartisan organization that had a noble goal and the commitment and talent to keep the quest alive. The league fit his requirements.

"There's some extraordinary people, not only women but men as well, that have the commitment, the verve, and they follow up," Cabrera said. "When you volunteer ... you want a number of talented teammates, and there's a surplus of that with the League of Women Voters."

Recently, Cabrera said, the league registered and pre-registered (for those who aren't yet 18 years old) 200 new voters at Atascadero High School, "kind of a personal record for us."

Coming up, the league plans to organize candidate forums in the lead-up to the November election and continue its once-a-month online Lunch with the League programming. Local league 1st Vice President Vallerie Steenson said the July 11 lunch webinar will cover the county's five-year strategy on homelessness. Housing options and fire prevention and safety webinars will come later this year.

• The Circus Vargas Express lands at the Madonna Inn from June 24 through July 11. "This production is meant to depict the brotherhood of sorts that circus people have," according to press materials. With performers from all over the world, the show will tell an international story about what it means to be part of the circus. For dates, times, and to purchase tickets, visit circusvargas.com. Find Circus Vargas on Facebook and Twitter for updates and discounts. Δ