As San Luis Obispo eyes ways to boost revenue amid costly pension obligations and a backlog of capital improvement projects, a city-sponsored survey found that most voters would support a sales tax increase if it were on a ballot.

Of 442 voters randomly selected for a phone survey that took place in September, a hefty majority—63 percent—said they would "definitely" or "probably" vote for a 1 percent increase to the current city sales tax of 7.75 percent. 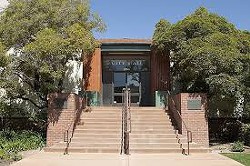 Six in 10 respondents agreed there's "some" or "great" need for additional funds to provide adequate city services and infrastructure. Voters ranked "addressing homelessness," "protecting creeks from pollution," and "maintaining police, fire/emergency response" as the most important services that a potential ballot measure could support.

SLO's sales tax is currently equal to the rest of SLO County's cities. SLO city residents passed Measure G in 2006, raising the sales tax by 0.5 percent, and they reauthorized it in 2014 for another eight years.

Along with the phone survey, the city also convened two focus groups of 18 residents to discuss their opinions of the city's services and resources. According to a report summarizing the results, the focus groups expressed "a general sense that the city has a need for additional funds."

SLO hasn't announced whether it intends to place a tax measure on the November 2020 ballot. Any sales tax measure would require a simple majority vote for approval.

Paso Robles was the last local city to seek a sales tax increase, and city voters rejected the half-percent hike in 2018.

"We're not the only community in SLO County that's considering the possibility," SLO City Manager Derek Johnson said during a Dec. 3 City Council meeting. "Every other city is looking at this, because I think we're all struggling with how to meet the expectations of the community and maintain our quality of life and the existing resources we have today." Δ