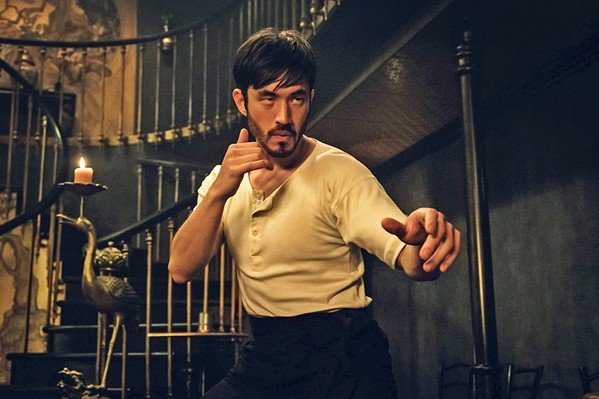 Andrew Koji stars as Ah Sahm, a Chinese martial arts prodigy who travels to San Francisco in the late 1800s in search of his sister, Xiaojing (Dianne Doan), who immigrated years earlier and is now known as Mai Ling, wife of Long Zii (Henry Yuk), head of a criminal tong. When Sahm arrives, he's spotted by Wang Chao (Hoon Lee), an independent mover and shaker, who sees Sahm's value as a fighter and finds him a position as a hatchet man with Father Jun's (Perry Yung) tong, one of three competing gangs. Soon Sahm and Father Jun's son, Young Jun (Jason Tobin), are at the forefront of criminal activity in Chinatown.

There's a lot of terrific martial arts action, as you might expect from a TV series based on a treatment written by Bruce Lee and executive produced by Lee's daughter, Shannon Lee. Koji's a terrific martial artist, and the fight scenes are creatively choreographed. Tension between the Irish and Chinese, as well as corrupt local politicians, gives the series a lot to work with.

The dialogue is also a lot of fun, and Tobin as Young Jun is terrific as the irreverent son who in season 2 begins to seize power from his father. A third season was planned until Cinemax, which originally aired it, announced it would end all scripted programming due to COVID-19. If another season ever comes out, I'll watch it! (In Cantonese, Mandarin, and English; 20 60-min. episodes) Δ