Was it the driver or the road?

Lawsuit that claims county negligence is headed to trial

It was by all accounts an avoidable accident. Aaron Gurican was 17 years old and riding a motorcycle without a working headlight, at night, when he was hit by a car driven by a fellow 17-year-old who had been drinking. 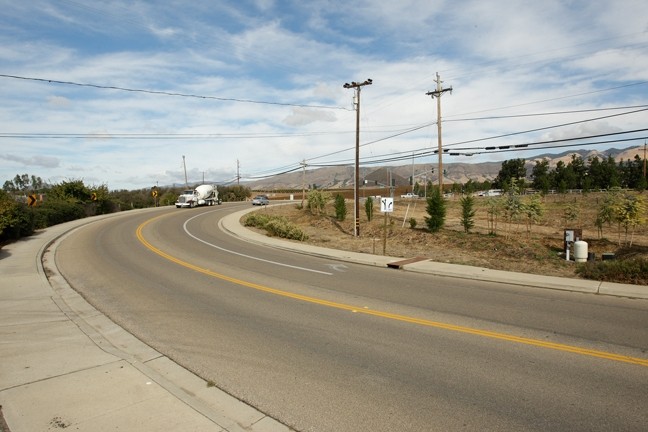 Gurican ended up with severe head and body injuries. So who’s at fault? In a case headed to court soon, Gurican claims the county bears some responsibility for his injuries.

Gurican argues that the curve and slope of a road near the SLO County Airport—where he was hit—was just as much a contributor to the accident as the driver who hit him, Matthew Wenz.

A jury will soon hear the case, more than six years after the accident, and SLO County must show that the section of road didn’t cause the accident.

But when the county fights the lawsuit along with co-defendants Caltrans and the manufacturer of Gurican’s helmet, their defense will likely focus more on Gurican and Wenz than the road.

The moon was barely a crescent on April 9, 2002, the night the accident occurred. Gurican was riding his motorcycle north on Los Ranchos Road after leaving his girlfriend’s house. What he didn’t know was that Wenz was headed straight toward him in the opposite direction in the wrong lane.

After the accident, Wenz was found to have a .07 blood alcohol reading. That’s just barely under the legal limit for an adult, but Wenz was a minor, making any amount illegal. He had also smoked pot that day, according to accounts in court records.

When Wenz talked to police, he said he did not know anyone was in the opposite lane, and would not have crossed the double yellow line had he known.

Gurican, however, was riding a motorcycle with no headlight. He told police he had a flashlight strapped to the front fender. He was not licensed or insured to drive the bike.

Gurican suffered severe head trauma despite wearing a helmet and is now wheelchair-bound, with limited movement in his hands and shoulders. He will have to be cared for the rest of his life.

Gurican and Wenz could not be reached for comment.

Although the accident was the result of an underage drinking driver on the wrong side of the road hitting an unlicensed motorcyclist on a motorcycle with no headlight, Gurican’s lawsuit reached beyond the person who hit him. The lawsuit, filed on behalf of Gurican by a legal guardian, alleges that the county and state negligently built a dangerous curve that provokes drivers to “cut the corner.”

A jury will decide whether the county and Caltrans negligently built an unsafe stretch of road, but so far, verdicts have been mixed.

For two years the county and other defendants have tried to have the case thrown out. A laundry list of motions was filed to show that Wenz and Gurican, not the road, were responsible for the accident.

On the other side, Gurican’s attorney brought in multiple traffic engineers who testified that they believed the road was laid out in a way that encouraged some drivers to cut into the other lane and lessen the degree of the turn on Los Ranchos Road.

Gurican’s attorney also focused on a patch of bushes that they have argued creates a blind spot for drivers. Much of that argument developed from Wenz’ testimony, which was inconsistent as to how much the bushes obscured his view or whether it was because Gurican did not have a headlight.

But after floods of testimony and both sides fighting over nearly every detail of the accident, the court ruled that Gurican did not have enough evidence to go to trial. In April 2005, a SLO County Superior Court judge ruled that the design of the road was a circumstance of the accident, not the cause.

The case did not end there. About two years later, Gurican filed an appeal with the second-district appellate court in Ventura. That court overturned the previous ruling on appeal and found that the case was, in fact, triable before a jury.

Now Gurican’s case is on its way back to SLO County, with a jury trial scheduled for mid-December. Gurican is seeking potentially millions of dollars in the lawsuit and his family estimates he will need about $7 million worth of care throughout his life. Neither Gurican’s attorney nor the county’s would comment on any aspect of the case for fear of tainting the jury pool.

There is some stubbornness on the county’s part. Cases against government agencies are often settled out of court to avoid mounting legal fees and the hassle of going to trial.

In this case, the county balked at settlement offers.

“For this Court’s edification, the county has indicated that it will never offer a dime on this case and fully intends to try it,” Gurican’s attorney stated in court documents.

Jennifer Henning, a spokesperson for the County Counsels’ Association of California, said settling can have less obvious and non-financial costs.

When a county, state, or any other government agency takes a case to trial, she said, “You also do send a message so that people are cognizant that counties are not just a checkbook.”

Colin Rigley can be reached at crigley@newtimesslo.com.