Waste not: Rates for waste collection are increasing by more than 20 percent across South County 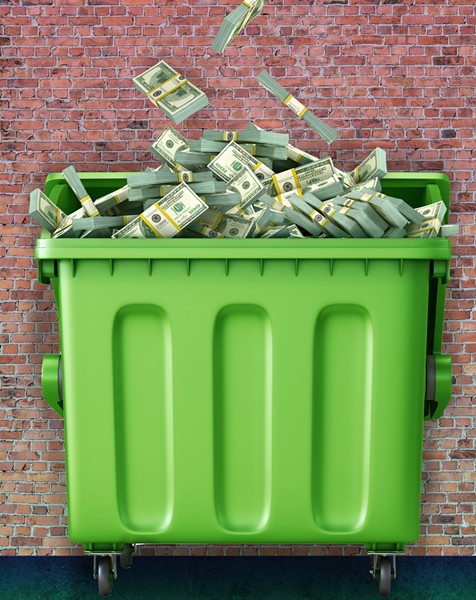 Close to a year after the San Luis Obispo County Board of Supervisors exited the Integrated Waste Management Authority (IWMA), South County finally has definitive rates that reflect how much more expensive organic waste diversion is about to get.

After much back-and-forth with the waste hauling service South County Sanitation Services, trash bills for Pismo Beach, Arroyo Grande, and Grover Beach customers are going to increase by 22.19 percent from June. The Oceano Community Services District (OCSD) faces an increased rate of 21.03 percent.

The two highest cost drivers are truck depreciation and Senate Bill 1383, which places new mandates on cities and counties for green waste diversion, including collection and education. Further, the rate change process was delayed from May 1 to June 15—to make up for lost revenue, a 5.12 percent retroactive fee will be charged until Dec. 31, adding up to a roughly 27 percent rise for customers.

"Would there be any incentive for the consumer to want to do this? To take the trash, really go to it and get it to the green?" asked OCSD board member Steve Montes at the district's June 8 meeting to adopt the trash rate.

SB 1383 indicates that it is more costly to recycle waste than dispose of it at a landfill, Jeff Clarin, the district manager for South County Sanitation Services, told Montes.

"Unfortunately, there is some cost to do the right thing," Clarin said.

The OCSD does have a lower franchise fee of 5 percent compared to the 10 percent fee for other South County cities. That fee funds community cleanup events and managing illegal dumping and trash on the streets. This franchise fee allows Oceano to have the lowest garbage rates in the county.

"Cities don't do that, but community services districts have to keep everything in separate books and bank accounts. So, we took our garbage franchise money, which we use for town cleanup, and we're paying the [retroactive] fees back," OCSD President Karen White told New Times.

White added that the mandatory nature of SB 1383 "leaves us with no choice," and cities are saddled with higher bills. She also said that the rules of SB 1383, and the compulsory separation of waste that comes with it, could be a lot to ask of an individual.

"I wish some of the legislation and initiation process coming before voters could be better studied," she said. "You're asking the people that are cooking to separate their wet garbage from their recycled garbage and their regular garbage. A lot of people are in a hurry to serve dinner, and I don't think they have the time or energy or desire to do that."

Matthew Bronson, Grover Beach's city manager, identified another group that could feel the pressure of SB 1383.

"Our residents have been separating waste for a while. But it does take more time, especially for businesses and restaurants that produce more quantity. It's an added responsibility," he said. "We have a goal of mitigating and addressing climate change. It adds complexity and cost without state funding to help us do it."

Other issues that appear to plague some South County residents when it comes to green waste processing: confusion, weak education on SB 1383, and accurate trash separation. 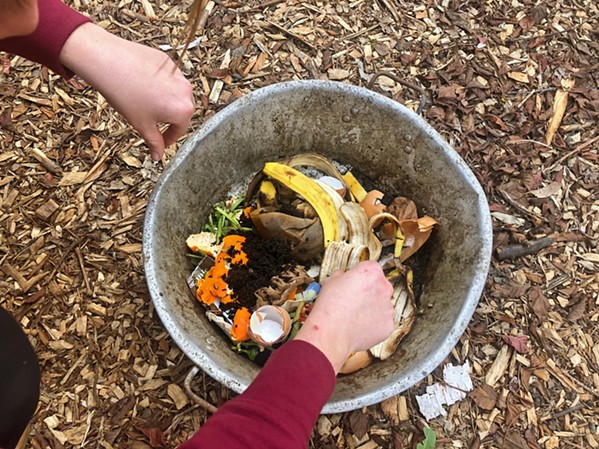 "In general, people are still not fully aware of SB 1383. We've put out some information through our newsletters and social media. But the IWMA will be taking the lead role about what residents and businesses can do," Bronson said.

He added that people can expect more awareness campaigns and education programs from the IWMA over the next six months.

Part of the reason trash rates went up was because the IWMA lost a significant member when the Board of Supervisors elected for the county to leave the agency. The cities that stayed behind bore the extra brunt to make up for potential revenue loss. But initial primary election results indicate that the Board of Supervisors could look different come January 2023. It opens up the possibility for rejoining the IWMA and lessening the load for current members.

While Bronson said that the cities believe in the value of a regional partnership to reduce waste streams, OCSD General Manager Will Clemens said that cities cannot initiate a change on their own.

"While it does look like there will be a new Board of Supervisors seated in January, the South County agencies cannot 'compel' the county to rejoin the IWMA," Clemens said. "We can certainly encourage the county to reconsider its decision, but it is much too premature for that, and no discussions along those lines have happened in Oceano. Oceano technically does not have a supervisor that represents Oceano until 2024, which also throws a twist into any discussion."

OCSD President White, too, said that change has to start with the residents and businesses who lost IWMA coverage when the county left the group.

"If some kind of proposal was brought forward, I would support it. We could encourage the county to come back, send a letter, maybe, if the issue came up. But there's nothing we could really act to. It would be up to people with the county to push the county to go back to integrated waste management," she said. Δ