We came, we saw, we conquered! 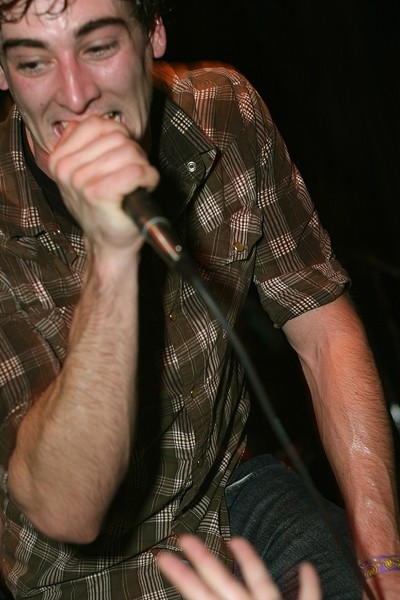 It’s still Friday, Jan. 7, (see “Better late than never?” Jan. 14) and my friends and I are just leaving Lena Rushing’s art opening at Linnaea’s Café. We’re drawn across the street to Downtown Brew by the siren call of rock’n’roll! Okay, not really. Actually, the Brew’s Chicken Alfredo Pizza and Chicken Quesadilla are calling us, and dammit, we’re listening. 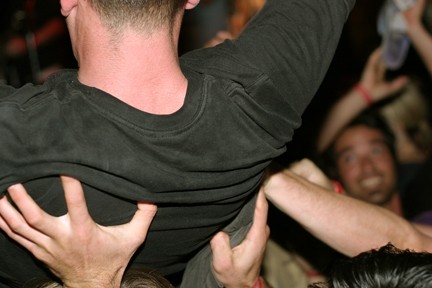 After stuffing our faces, we head downstairs where Cure-sounding PK is releasing Into the Roaring, their first full length CD. It’s an all-ages show, and the T-shirt I’m wearing is older than some of the kids in here. Even on the over-21-only side of the club I see guys with peach fuzz … 21 never looked so young! 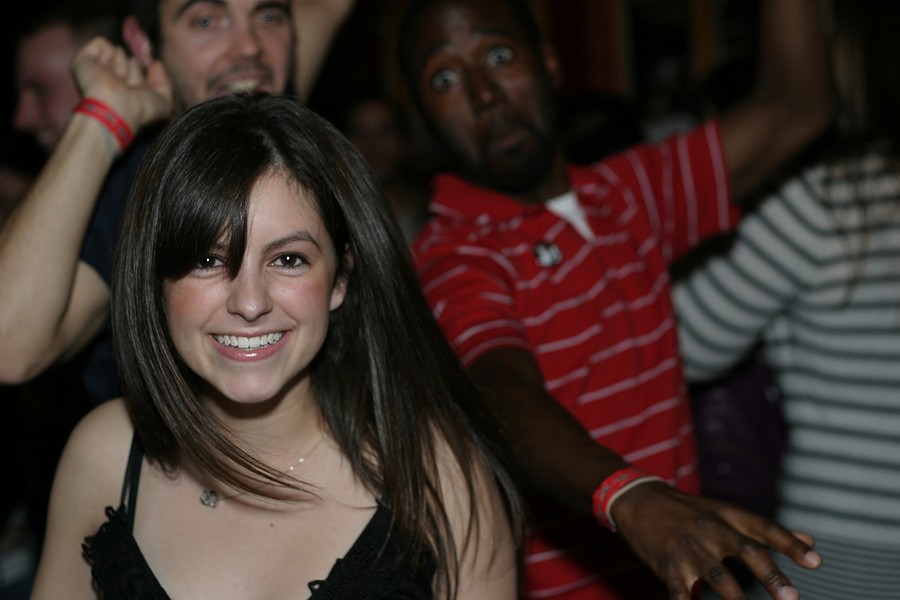 Jason and Amber are behind the bar, slinging drinks, smiling, and pouring a line of whip cream-covered shots that a trio of Poly Dollies swallow up, leaving cream dripping down chins and on noses.

My pals Emily Sullivan, Jen Anthony, and Steve Myrick are staying as far away from the mosh pit as they can get, but I throw back a shot of courage, grab my camera, and charge into the fray. Pushing my way through sweating teenagers, I make it to the stage, snap a shot of lead singer Travis Hawley, then duck as some kid launches himself off the stage and onto the waiting hands of the crowd. I get one more shot before the crowd knocks off my flash diffuser, lost forever and crushed under the feet of 300 angst-ridden teenagers.

With what remains of my camera hoisted overhead, I limp back to the safety of the back bar, complaining about how loud it is and how I forgot to bring my usually present earplugs. 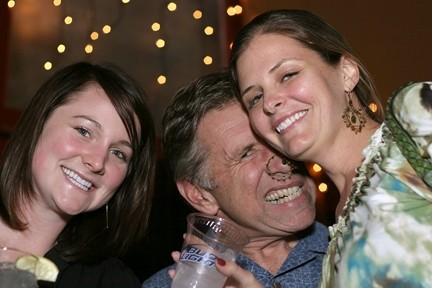 Readers, look up at the headline above. You know that part about “we conquered?” Okay, I lied! Beaten and battered, Emily, Jen, Steve, and I slink off into the blessedly quiet, adult-filled night.