In the Neighborhood, Cuesta's humdrum Book of the Year, encourages you to meet your neighbors

In the Neighborhood has such a good heart. It’s a shame it couldn’t be a more interesting read. 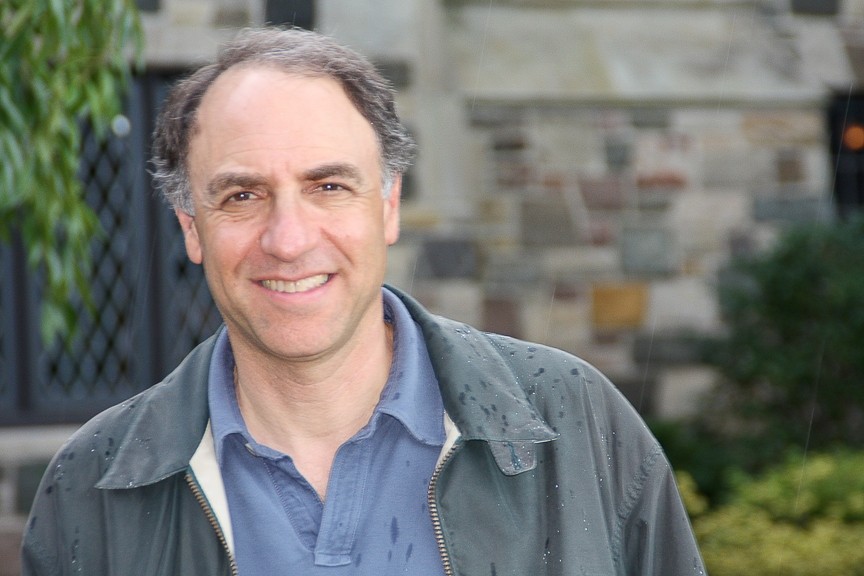 The Cuesta College Book of the Year, In the Neighborhood chronicles author Peter Lovenheim’s quest to get to know the inhabitants of Houston Barnard, his affluent Rochester neighborhood, and specifically Sandringham Road, the street he grew up on and later moved back to with a family of his own. His urge to knock on doors struck in the wake of a domestic murder-suicide just a few houses away, at the home of Bob and Renan Wills, both physicians, and their two children. The husband shot his wife before turning the gun on himself, leaving their terrified children, orphaned in the space of a few minutes, to run helplessly into the night. Neighbors interviewed by the police and by the media said the couple had seemed perfectly fine. The two were often seen jogging together. No one had suspected any sort of domestic violence, but then again, none of their neighbors had really known them.

The tragedy, mysterious to everyone in the neighborhood, prompted Lovenheim to become better acquainted with those living in close proximity to himself. Thus began an unusual project consisting of a series of grown-up sleepovers at neighbors’ homes. Lovenheim would stay the night and then shadow his subjects throughout their day, documenting a litany of minutiae. At precisely what time do they get out of bed? (The answer always seems to be early.) What do they eat? What are their errands? Where do they buy their groceries? Who are their friends? Where do they find community? Lovenheim documents speech patterns, habits, and facial expressions with such careful attention to detail, you feel almost as though you were in their homes with them.

But while Lovenheim should certainly be praised for his keen eye for detail, it’s this very quality, that, when left unchecked, makes the book start to drag on terribly. Don’t get me wrong: Getting acquainted with one’s neighbors is a wholesome, rewarding, and potentially life-saving thing to do. But if you’re going to write a book on the subject, requiring your heartwarming experiences to be entertaining to strangers years after the fact, why not, for our sake, pick some more interesting neighbors? Or at least find a way to write about your boring neighbors interestingly? I found it hard, for instance, to sit through a day-in-the-life of Deb O’Dell, a businesswoman whose life seemed engineered to be as boringly middle class as possible. A home office. A Ford SUV. Paddle tennis and golf at the country club. A golden retriever named Cayman, after the island where she vacations with her husband Dave, whom she met when they were both working at Bausch and Lomb, but is now vice president of sales and marketing at a company that makes … cash registers. Jeez. Wake me up when it’s all over.

Lovenheim’s bland profiles only confirmed my hunch that the wealthy are the world’s dullest demographic. In fact, the most entertaining chapter is the one profiling the neighborhood’s mailman, an unapologetically reckless driver.

There are more compelling ways to write about America’s neighborhoods, and the need for community within them. Ed Kasabian, otherwise known as the “NYC Nomad,” spent more than a year living in a different New York City neighborhood each week, staying with people of varying ethnicities, religions, ages, and levels of income, and blogging about it all the way. Last year’s Cuesta Book of the Year, Novella Carpenter’s Farm City, took place in a fantastically run-down Oakland neighborhood called GhostTown. Stuff went down in that neighborhood that you couldn’t even make up if you tried. If Carpenter wanted to do a literary sleepover project there, in her irreverent-wit-meets-gritty-realism style, you can bet I would want to read that.

But this? After the shock of the Wills murder-suicide, and the initial weirdness of the adult sleepovers, the book stops being engaging, gripping, or surprising altogether, content to drone on for a couple hundred pages about suburban life. Whenever the narrative threatens to become interesting—as when Bill Fricke, a pathologist Lovenheim shadows at work, waxes poetic about how things under the microscope often remind him of great works of art—Lovenheim quickly snuffs that fire with one of his lame segues:

“I was pretty sure that if Bill Fricke could look at dots on a pap smear and see a Cézanne painting, he must be able to see how the pieces of his own life—wife, children, home, career—fit together to make a beautiful picture, a precious whole.”

Depending on one’s, shall we say, “entertainment threshold,” these humdrum descriptions are either mind numbing or weirdly comforting. Going by his assessment of the Frickes’ family life, the latter holds true for Lovenheim: “It was boring, but it was the most precious boring I could imagine, and I drank in every mundane detail.”

Then, in a closing chapter called “Connected,” just as he’s wrapping up the book, Lovenheim’s ordinary prose suddenly gets dreamily poetic for the first time. The topic? The sewer, and how comforting it is that all of his neighbors’ waste is united underground, “everything washed off, excreted, and shared by the bodies of my neighbors and me, the ooze of our fleeting existences, the stuff of our middle-of-the-night fears, our own private River Styx.”

It’s oddly beautiful, as if he were borrowing from Milan Kundera’s exquisite sewage metaphors in The Unbearable Lightness of Being. Unfortunately, though, the poop passage is by far the best writing the book has to offer.

Everybody poops. Even Arts Editor Anna Weltner. Contact her at aweltner@newtimesslo.com.