Now in its third season, HBO's sci-fi drama series based on Michael Crichton's 1973 film of the same name follows the creators, guests, and android "hosts" of a high-tech amusement park, where the high-paying guests can live out their wildest fantasies. In the third season, host Dolores Abernathy (Evan Rachel Wood) has escaped the confines of the park and moved into the real world. 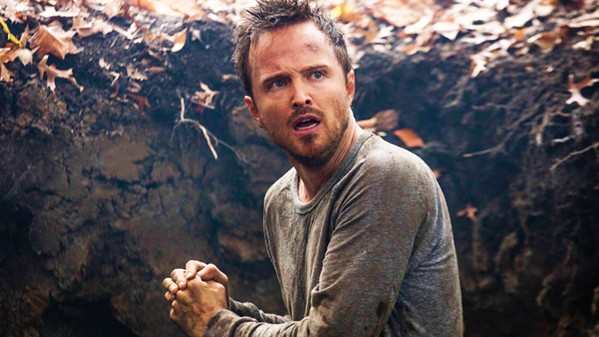 She soon discovers "hosts" are second-class citizens, and in a parallel storyline, we're introduced to a new character, Caleb Nichols (Aaron Paul), a construction worker and former soldier, who's also a petty criminal. The first episode is mostly a setup for what's to come.

Dolores is on a mission to find who's really running Westworld behind the scenes. In the second season—and you should really see seasons 1 and 2 before jumping into 3 or you'll be totally lost, and yes, the cost of an HBO Now subscription is worth it—we discover the sneaky element of the park was "decoding" the paying guests, so those in control behind the scenes could replace these rich and powerful people with androids under their control.

It's hard to know where this season's heading, but judging from the first two, it'll be a wild ride. (68 min. episodes) Δ