What happened to Rachael? 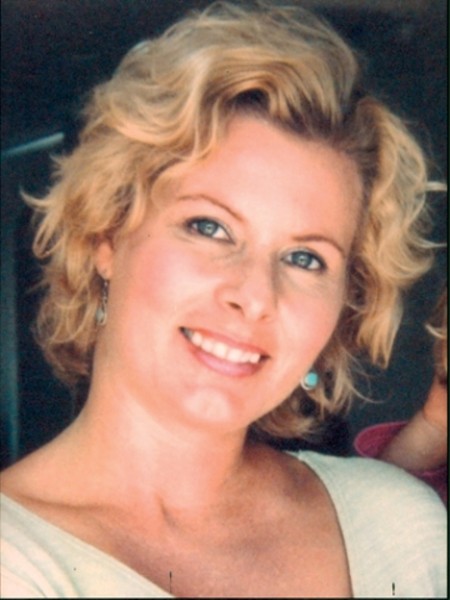 PHOTO COURTESY OF MEREDITH BOWERS LIFE CUT SHORT : This is the photo of Racheal Bowers Bendett that appeared on posters plastered along the coastline of California.
In early 2005, Rachael Bowers Bendett started preparing for a new life away from a turbulent marriage. According to friends, she filed for divorce and focused on her three young children. She was looking forward to a rural life in Los Osos. A life with horses. A life that would ultimately never be realized.

On a stormy night in March of this year, Rachael failed to pick up her children after attending a university class. She was reported missing by her mother-in-law, Phyllis Bendett.

On April 7, Rachael's partially decomposed body was discovered on a beach in Carpinteria. Her legs and arms were missing, though she had been in the water for only four weeks. According to investigators from United Response Search and Rescue, that's a possible indicator that her body had been weighted down.

Brad Bendett, Rachael's husband, said that his 110-pound wife walked into the 5-foot-high surf on March 7 and committed suicide.

Rachael's mother, Meredith Bowers, is angry and dissatisfied with what she calls a "lack of investigation" and the questionable circumstances prior to the death of her 41-year-old daughter. She's so angry, in fact, that she's offered a $15,000 reward for anyone providing information that leads to the arrest or conviction of anyone involved in Rachael's disappearance and death.

Questions about the circumstances of Rachael's death have tormented Meredith: Why did the sheriff's department fail to perform an autopsy? Why would her beautiful daughter kill herself when her divorce was reaching a conclusion that would have left her financially able to provide the life she wanted for herself and her children?

According to friends, Rachael was beautiful, intelligent, and a devoted mother, with striking blue eyes and an infectious smile. She and her children would bike the streets of Los Osos. Friends and neighbors saw her as the ideal mom.

A number of Rachael's family members and friends, school officials, and business contacts who agreed to be interviewed for this story asked that their names be withheld, though they agreed to speak with law enforcement if they were contacted.

According to court documents and school officials, Rachael spent time helping in the classroom almost every day. After learning that her son was berating and bullying other children in his kindergarten classroom, she claimed that she hadn't realized problems from home were affecting her son's behavior. Then, she filed for divorce.

According to one school official, Rachael "worshiped" her children and was an unusually devoted mother.

But her estranged husband told a very different story.

A close friend of Rachael's said, "Rachael told me she was afraid Brad would try to have her committed and take her children away from her or just kill her. I saw a woman who was looking forward to a better life after years of an abusive marriage. She told me that Brad beat her."

Brad, on the other hand, said Rachael was delusional and that he was a model husband. Rachael's friends and neighbors also said that Brad regularly told them that Rachael was unstable.

"She did not have a drinking problem that I noticed, and I was with her almost every day," one friend countered. "She spent a lot of time with the kids, and I never observed her drinking, hanging out with men, or running off."

In May 2005, Brad moved back to San Diego. Shortly afterward, he flew his Cessna to SLO and took the children back to his mother's home in San Diego, he said.

"I took the children because Rachael was an unfit mother," Bendett said.

Rachael's mother said that Rachael's failed attempts to spend time with her children in San Diego led to Rachael's hospitalization for depression.

After leaving the hospital, Rachael moved in with her children and Brad in San Diego and was hospitalized a second time for a disputed suicide attempt in October 2005.

"He cut off her money--except for $200 a month," Meredith added. "The only way he would let her see the children and have any money was if she agreed to live with him until the divorce was final and the almost $2 million in assets were divided."

Brad claimed that Rachael had a problem with money.

More evidence of a troubled home life surfaced this year.

"In early March, a couple of days before Rachael was reported missing, her husband flew to SLO with his girlfriend to spend the afternoon in Los Osos," said a business acquaintance.

"After Rachael disappeared, I got chills," the acquaintance said. "Brad told me he had come to look at cliffs around Montana de Oro. He was holding hands with a very pretty woman he introduced as a stewardess and his girlfriend. She looked to be in her 20s--legs up to her neck. She was gorgeous."

Brad admitted to being in SLO, as well as to traveling with a woman.

"[Rachael] knew she was a terrible wife, and she wanted me to be happy," Brad said, explaining his extramarital relationship. "She didn't mind that I had found someone else."

Rachael was scheduled to be baptized the Sunday following her disappearance. She had been attending a Baptist church since January 2005 and became close with the pastor, as well as other members of the congregation.

"She was very excited about being baptized," said Pastor Alan Thompson. "She felt it would upset her husband if she brought the kids to church. She was not suicidal. Her last Sunday before she disappeared, she brought the children to church with her. They hugged me and told me they looked forward to seeing me next week. Everything was great."

A few days after Rachael's disappearance, the pastor said that Brad dropped by his wife's church to ask the minister if he knew of Rachael's whereabouts.

"Brad asked me if I thought the planned water baptism had made her suicidal and caused her to kill herself," Thompson said. "He told me he thought she had committed suicide by drowning herself."

When asked about the minister's comments, Brad said, "The pastor only knew Rachael for two weeks."

As for why Brad claimed Rachael had drowned even before the body was found, he said, "I knew she took 29 pills and walked into the water. We were married for years, and I knew her better than anyone. I just knew.

"She called her mom before she died," Brad said. "One last desperate plea. Her mother wouldn’t help her, so she killed herself."

Meredith remembers only one call from her daughter and said that they spoke of her father’s plans to attend Rachael’s baptism.

"It was a pleasant conversation," Meredith said.

In his theory as to why Rachael might have killed herself, Brad went on to describe an evening a few weeks before her disappearance, when--after watching an episode of "Six Feet Under" in which a woman kills herself by walking into the waves--Rachael told him that’s how she would end up.

"I think [the sheriff's department] formulated an opinion early on, and once they screwed up they did not go back and fix it," Aims explained.

"[The case is] very unusual, because women do not commit violent suicides," said Jack Crosby, a retired FBI agent who investigated the death with URSAR. "Based on my experience and research, I have never heard of anyone walking into the ocean as a means of suicide. An autopsy in these cases show a person was killed and then dumped in the water. I can't believe law enforcement didn't check, didn't do an autopsy. They made what I consider a major blunder."

Though the sheriff's department has been provided with the names of possible Los Osos witnesses from the missing person hotline, they haven't contacted the witnesses, Aims said.

Despite all the allegations, the department maintains that there was no sign of foul play and nothing to investigate.

"We fully investigated and found nothing suspicious about her disappearance, and she had a history of mental illness, drinking, and running off with men," said Sgt. Erik Raney, Santa Barbara County Sheriff's Department public information officer. "The case is closed."