What's next for the county government? 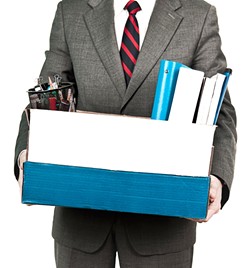 It’s too bad the top levels of the county government have self-destructed. The county administrator and the assistant county administrator have been removed from their jobs: the top guy permanently and his assistant temporarily. These are the people who our elected board of supervisors depends on to handle budgeting duties; a tough job during these lean economic times.

We probably won’t learn the details of what happened. The county has hired a high-priced lawyer to do an investigation, but probably won’t make the findings public, citing confidential personnel issues, potential lawsuits, and so on. Be that as it may, there has been a bad situation festering for years that has caused many professionals to leave county posts early, without the normal “knowledge transfer” from experienced employees to the new ones.

The Edge/Wilcox regime favored getting rid of department managers who were experienced experts in their fields, and in their place put in managers with little experience but lots of loyalty to them. It’s the same story as the Alberto Gonzalez Justice Department. Put people in who will do your bidding. As the last decade has gone by and department heads left, their positions, instead of having civil service protections, were made “at will.” This means they could be let go at any time, for any reason. Nothing breeds blind loyalty like an uncertain paycheck.

But what if serving the public requires telling the county administrator something he doesn’t want to hear? When speaking the truth means losing your job, many people will decide to hold their tongues. Civil service exists to provide public employees with due process, so they can’t be fired for voicing contrary opinions. This serves an important purpose in sheltering public employees from political pressure, so they can do their jobs and serve the interests of the public.

I was an employee of the Human Resources Department for 28 years. In the last eight years, there were no less than four HR directors. Most of them had not even one day of HR experience before their appointment. Though I didn’t want the job and never applied for it, the department could have much better satisfied the needs of the county, the board of supervisors, and the public by appointing HR directors who knew their stuff instead of just knowing how to please the boss. We had a staff of seven professional HR people to serve the 24 county departments. Five of these people, each with more than 20 years of professional HR experience, quit within a year of each other because of top management’s preference for obsequiousness over integrity. None of these people had planned to leave then. They were just fed up.

After my decades as a management  employee with the county, I went on to work for the largest county employees’ union. In both jobs I was involved in the employee discipline process, which deals with employees who are not performing up to standards. Contrary to many people’s perceptions of the civil service system, employees were terminated every month for lousy performance or for misconduct. It takes a few steps, such as giving the employee notice and letting them respond, but bad employees are removed constantly. A manager who does the homework (documenting poor performance and following the proper steps) can terminate an incompetent employee.

The board of supervisors has the chance to fix the problem that Edge/Wilcox and previous boards created, and put the department heads’ positions back in civil service status. Without taking that step, they will continue to have autocratic administrators who value loyalty over integrity and who maintain an atmosphere of intimidation and favoritism. They will continue to wonder why morale is so low, and why it is hard for them to attract experienced managers. The board has taken the first step in moving the HR director from the county administrator’s supervision to their own. Now they need to take another step in fixing the problem and restore their department heads to a status in which they can only be fired “for cause,” rather than “at will.” The public needs managers experienced in their fields to get through these tough times, and still provide good public service. After all, these are the people in charge of everything from public health, programs for abused children, crime and its victims, to alcohol and drug abuse, streets, parks, and the environment. We deserve better.

Tony Krause of San Luis Obispo was a management employee of SLO County for 28 years, and an employee of the county employees’ union for three years. Contact him via the editor at econnolly @newtimesslo.com.