One of the great things about summer—besides the departing college students and downy pink mountains of cotton candy at the Mid-State Fair—is the opportunity to pull out your calendar and salivate over the dozens of theatrical productions, dance companies, comedians, and musicians who will be performing in San Luis Obispo County in the coming months.

Both the Clark Center and Cal Poly Arts—which hosts performances both at the PAC and the Spanos Theatre—recently announced their 2008/2009 season offerings. But don’t head off to the box office just yet; currently, tickets to Clark Center events will be sold only to season members beginning July 1. On Aug. 1 tickets go on sale to the general public. Cal Poly Arts tickets, however, are currently available to returning season subscribers, will become available to new season subscribers on July 5, and will be available to the masses on Sept. 2.

The two seasons look so great that the only problem facing arts lovin’ audiences is the question of what to see. We’ve assembled a list of nearly two-dozen shows, from an operatic cabaret at the Clark Center to a contemporary dance company from Spain at the PAC, to assist those of you with underdeveloped decision-making skills. And while we’re being helpful, this seems to be as good a time as any to pull back the curtain, to reveal the decision-makers and the process behind the selection of each season. Why doesn’t the Clark Center book The Thunder From Down Under, you ask? And who decides to bring all those highbrow contemporary dance companies to the PAC? We’ve got the answers.

At the Performing Arts Center, interim director Peter Wilt is just beginning to prepare for the Cal Poly Arts 2009/2010 season. The process begins in June when he attends the California Presenter’s Meeting, a conference designed to connect professional touring companies with theaters and performing arts centers. Experts in such various genres of art, as contemporary dance or jazz, attend the conference and make programming recommendations.

At this point, Wilt already has a pretty good idea of what types of groups he wants to book. 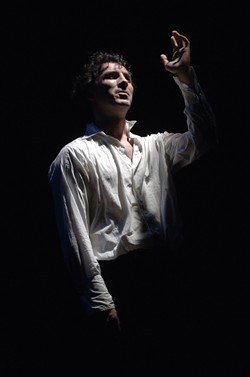 “Generally you have a kind of template,” Wilt explained. “You do so many dance shows, so many world music shows.” It helps that Wilt has been booking seasons for Cal Poly Arts for more than 10 years; he already knows which artists he’d like to see perform at the PAC, and which he can afford. Sometimes the gap between those two figures can be bridged; for others it can’t. For example, Wilt is interested in seeing a rock n’ roll performance at the PAC, something the venue hasn’t really seen since the Chumash Casino started hosting concerts. Because the casino can afford to pay its performers a higher fee, musicians who happen to be passing through the Central Coast tend to book gigs there instead. Wilt made an offer to Pat Benatar, but the price simply wasn’t high enough.

“Any artist who can still sell out an arena like the Staples Center is not going to be performing at the Performing Arts Center because they just won’t make as much,” Wilt stated, factually.

One of the additional challenges with booking a rock band, as opposed to a single comedian, is extra expenses related to technical costs. It simply costs less to put a single comedian with a single microphone on stage.

And even if expense were no obstacle, Wilt still has to gauge the likes and dislikes of audiences in San Luis Obispo. He doesn’t actively censor any of the shows and performers that he books for the PAC, but he says that he is a big fan of disclaimers, ensuring that audiences know exactly what they’re in for when they purchase tickets.

The late George Carlin was a good example, Wilt explained. “There’s an audience for [such a performer as] George Carlin but you have to warn people. You have to be aware of what will sell here and what won’t.”

One show that probably won’t sell here is Dame Edna, an Australian drag queen whom Wilt saw in performance in San Francisco. As much as he enjoyed the performance, he knew that the Australian dame was simply too risky for San Luis Obispo. 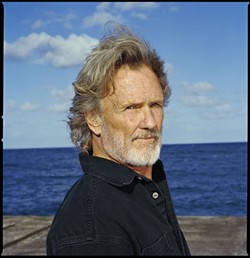 Shows that are practically guaranteed to sell to the 30-and-older demographic that tends to fill the seats of the Performing Arts Center include Broadway musicals, like The Wedding Singer and Hairspray and such “opera lite” performances as HMS Pinafore. Despite the fact that the center is ideally located to appeal to college students, the shows aren’t drawing large numbers of younger audience members. Wilt and other Cal Poly Arts employees are working with the college’s ASI body and campus housing departments to appeal to students. But Wilt believes that Cal Poly Arts programming is particularly beneficial to the students who choose to focus their academic careers on the performing arts. And sometimes, local residents could do with a bit of shaking up.

“It’s a harder sell for us to sell the unknown,” explained Wilt. “I had a call on my office phone right after the brochure went out, someone left a message saying ‘I just don’t know any of the people in this brochure’. So name recognition is really important for our audiences but that’s not our entire mission. We want to expose our audience to new things, as well. And we have an obligation to provide programming that will be of interest to music students, dance students, theater students.”

Wilt will take all of these factors and concerns into account when he attends a Western Arts Alliance Conference in Seattle during Labor Day. It was during one of these conferences that he first saw the Klezmatics and Dervish, two bands that he booked for the new Cal Poly Arts season. This particular conference generally features regional artists, although when Wilt attends the mac daddy of conferences, the Association of Performing Arts Presenters at the New York Hilton Towers in January, he can expect to see artists from around the world.

It might surprise some people to learn that after all the traveling and schedule juggling, Cal Poly Arts doesn’t anticipate anything close to six-figure revenues from their season. The financial goal is for each show to break even.

The same is true of the Clark Center where Executive Director Connie Henley and the center’s entertainment committee cooperatively sketch out a vision for the approaching season. The 2008/2009 season marks Henley’s first opportunity to put together an entire season at the Clark Center; when she was hired in 2007, she inherited a partially booked season.

“Typically it begins in the fall, so just as the new season’s starting we’re starting to look at the next season,” she explained. “We probably don’t actually start booking stuff until late fall, maybe December.”

Henley will see Wilt, in September, at the Western Arts Association four-day booking conference, featuring an estimated 400 agents and even more artists. According to Henley, most of the performers are up and coming, and less expensive to book because they are trying to make a name for themselves. It pays to watch the group in person or at least obtain a video of their performance; particularly where musicians are concerned, CDs are the beer goggles of the performing arts industry.

And, like Cal Poly Arts, the Clark Center has to know its audience when booking.

Thus far, it hasn’t been financially feasible for the Clark Center to send a representative to the conference in New York, but Henley definitely has her sights on the possibility of one day attending. But for now, her focus is on the challenge of booking the best season she can, a feat that she describes as a giant puzzle, balancing a budget and scheduling events so that different genres of events, like world music and family programming, occur every two months.

One of the venue’s biggest limitations is size. With a cap at 600 seats, the only way that the Clark Center can bring in big-name performers, and their accompanying bigger price tag, is to raise ticket prices.

There are occasions when being a smaller performing arts venue, in a small town, has its up side. Sometimes, Henley will get quoted a price that she can’t afford, but the same group will later realize that they happen to be passing through Arroyo Grande on their way to Los Angeles or San Francisco, and the Clark Center will be able to book the group at a lower price. This practice, called “routing,” is based on a very simple concept: It’s better to be paid less money for an additional show than waste an entire evening on the road with no show at all.

Even at the end of the day—a long day filled with scheduling headaches and juggling—Henley’s purpose remains clear, even simple.

From there, it’s just the small matter of finding, booking, and scheduling exactly the type of shows that people in San Luis Obispo County will be willing to fork over their hard earned cash to see.

Arts Editor Ashley Schwellenbach gets exhausted just thinking about all that talent. Send comforting tales of heroines bereft of ambition to aschwellenbach@newtimesslo.com.