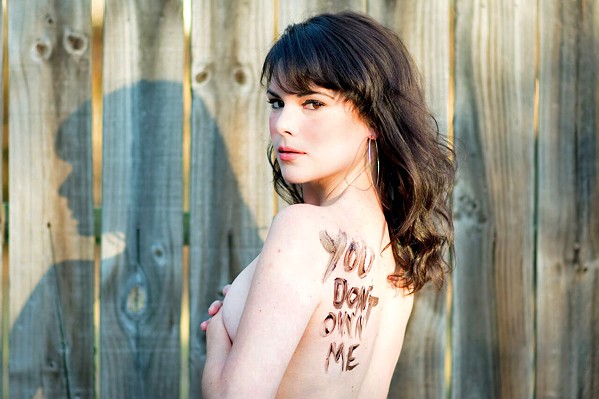 The first thing you'll notice about Rose, beyond her amazing voice, is her style. She's retro without being corny, channeling the coolest elements of the '50s through the '70s.

"Those are basically my favorite decades of fashion, and as I get older, I'm less scared to delve into that era even though it may not be the coolest thing today," Rose admitted. "I just appreciate a time when no one went to the supermarket in their pajamas. They took pride in their appearance."

Not only her look but also her music picks up on the cues of a bygone era.

Who's most influenced her?

"Kitty Wells—I've loved her most of my life, and Patsy Cline, and of course the obvious ones like Hank Williams and Dolly Parton. Oh, and I love Keith Whitley."

What about her live shows? What can people expect?

"Well, I cover some Merle Haggard, who's definitely part of my country influence. In fact, I probably should have listed him with the others I mentioned, but I also do some rocking era Linda Ronstadt, The Ronettes because I have a huge doo-wop influence—but I don't want to be put on the line to play those covers because we do change them up regularly."

In her late teens and early 20s, Rose was a bit of a wandering spirit, attending five different colleges and studying English and journalism. She's about "half a credit from a bachelor degree," she said, adding, "but there's nothing in my being that's the least bit interested in finishing that degree."

Did all that studying and reading inform her songwriting?

Hemingway and Steinbeck are two of her favorite authors, and a lot of her songs go right for the emotional jugular vein, like the closer on Rule 62, "Time to Cry," about a woman shutting down her ex: "I let you walk all over me as if that's how it's supposed to be/ But all you ever did was bring me down/ So, don't you chase me, don't you call/ Don't try to change my mind at all// And now you got the nerve to say you need me/ To say you can't believe I said goodbye/ You watched me shed a thousand tears and then some/ But now it's your time to cry."

Rose now calls Austin, Texas, her home base. Does she feel more Canadian or American?

"I travel so much I don't really consider myself much of anything, but I was born in Canada and am a Canadian citizen, though I'm very much invested in the United States, which is my home now."

How does she think it's going here?

"Ha! I would definitely change a few things if it was up to me. The difficulty of living in America and not being an American citizen is I feel like I don't have much of a voice, first and foremost because I can't vote. Maybe at some point I'll go for citizenship because what happens in America is important to me, and some pretty shitty things have been happening."

Anything else she wanted to mention?

"Just that really, from the bottom of my heart, I'm so excited to get to California. I think it's 7 degrees right now!"

Also at SLO Brew this week is one of my favorite formerly local singer-songwriters, Chase McBride, who plays SLO Brew on Sunday, Feb. 25 (7 p.m.; 18-and-older; $10 at ticketweb.com), in support of his new album Green Shade.

McBride—an expert at delivering hooky, sunny, breezy pop and folk songs—was a New Times Music Award winner when he lived locally, but he left for greener musical pastures, and he found them, releasing the critically acclaimed album Cold Water last year. It generated the hit song "On the Other Side," which hit Spotify's U.S. Viral 50, Global Viral 50, Netherlands Viral 50, and Weekly Buzz playlists.

McBride has returned with a new single "The Color Blue," that's showing the same kind of traction as "On the Other Side." It's got a touch of '80s synth, and McBride's assured voice rides atop the melody with some help from guest vocalist Sean Hayes.

"I wrote the initial parts for this song while house-sitting in Joshua Tree," McBride said via email. "I had a pared-down recording studio taking over a guest bedroom and was indulging myself by experimenting with electric guitar tones and staring out onto an empty portion of the desert. I was listening to a lot of JJ Cale at the time and speaking with a friend of mine who was struggling with a new relationship, continuously getting ahead of himself and projecting too far into the future. It was a reminder for me to enjoy the present moment, and resist attaching myself to my own expectations. The chorus lyrics reflect that sentiment, 'I don't want to move too slow, if this is touch and go, I want to feel it too.' It's about truly living in a moment—taking life, relationships, or whatever else is happening one step at a time."

Black Match will open the show.

Hackett, a Rock and Roll Hall of Famer, was guitarist for the English prog rock act Genesis, a noted solo performer, and founding member of the super group GTR with Steve Howe of Yes and Asia.

The extraordinarily versatile player and talented composer has worked in the rock, jazz, blues, and world music genres.

"He is equally adept in his classical albums that include renditions of pieces by composers from Bach to Satie, his own acoustic guitar compositions that have gained the admiration of many, including Yehudi Menuhin, and ambitious guitar orchestra albums such as A Midsummer Night's Dream, recorded with the Royal Philharmonic," according to his bio.

Guitar fans won't want to miss this one! 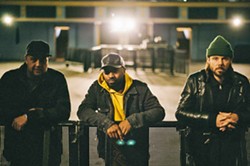 Collective Efforts presents Keys N Krates on Sunday Feb. 25, at The Graduate (9 p.m.; 18-and-older; $27 at Boo Boo Records or eventbrite.com), on their Cura Tour, with special guests Promnite and Jubilee. The Toronto-based electronic music trio throws kick-ass dance parties, and their first hit—and its hilarious accompanying video—"Dum Dee Dum," established them as a tour-de-force in the EDM scene. Other party hits include "Glitter" featuring Ambré, and "Flute Loop" featuring Ouici.

One, two, three at The Siren

Numbskull and Good Medicine Presents, in conjunction with Morro Bay's The Siren, has three cool shows this week! 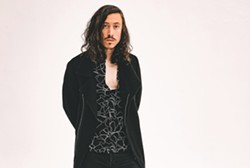 Eagles tribute band Desperado plays the Siren on Saturday, Feb. 24 (8 p.m.; 21-and-older; $20 presale at Boo Boo Records and ticketfly.com or $25 at the door). These guys capture the Eagles sound and feel with remarkable clarity.

Finally, you can enjoy an intimate evening with Langhorn Slim and special guest Twain at The Siren on Tuesday, Feb. 27 (7p.m.; 21-and-older; $20 presale at Boo Boo Records or ticketfly.com or $25 at the door). "Everyone's searchin' for something better around every corner, but it's already right here," Nashville's Langhorne said in press materials. "We're all born whole—through livin' we fall apart."

Josh Field delivers dark, gritty, Texas-style Americana, singing in a raspy, low-rumbling voice that sounds like it's been ridden hard and earned every mile of wear and tear. He plays three solo shows this week, at Last Stage West on Friday, Feb. 23 (6 p.m.); Luna Red on Saturday, Feb. 24 (10 p.m.); and the Pour House on Thursday, March 1 (7:30 p.m.). Δ