Tom Harper (War Book, The Woman in Black 2: Angel of Death) directs Nicole Taylor's screenplay about Rose-Lynn Harlan (Jessie Buckley), an ex-con and single mother who dreams of becoming a country singer in Nashville, though her mother, Marion (Julie Walters), thinks her dream is a waste of time. When Rose takes work as a house cleaner, she finds an ally in the woman of the house. (101 min.) 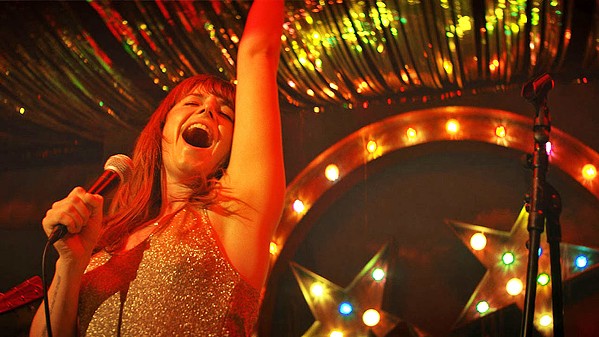 Glen This is definitely a banner year for music-centric films, and this low-budget U.K. charmer brings a hefty emotional wallop along for the ride. We meet Rose-Lynn as she's being released from a 12-month stint in jail. We don't find out her crime until later, but it's plain to see she's a wild one. Before heading to her mother Marion's house where her children have lived for the past year, she stops for a quickie with her former boyfriend, Elliot (James Harkness), who shags her in a park. Marion is clearly put-upon and expects her daughter to start caring for her children. She tells Rose-Lynn about a job cleaning house, but Rose-Lynn has other ideas—she wants to return to her job singing at a country music night club, her perceived stepping stone to Nashville and stardom. Eventually, however, Rose-Lynn finds herself cleaning house, and when she starts singing on the job, her employer, Susannah, is wowed by her voice and eager to help her career. It'd be a pretty boring film if everything just started falling into place, so of course it doesn't. The film is concerned about Rose-Lynn's troubled relationship with her disapproving mother, the lack of trust her children have for her since she—in their minds—abandoned them when she was arrested, and Rose-Lynn's own character arc as she works to take responsibility while trying to balance her dream and capitalize on her considerable singing skills. It's an emotional roller coaster, and Buckley rises to the challenge of Rose-Lynn's tumultuous ups and downs. She delivers a nuanced, powerful performance, and she's stands her ground opposite the amazing Walters. I really enjoyed this sweet, feel-good story even though it's a rocky road to the conclusion.

Anna It's definitely a roller coaster. Watching Rose-Lynn is a bit like watching a car crash in slo-mo; it's messy and sad, and things could have been so much better if this or that choice would have been made differently. She's a young mother—two kids before the age of 18, one now 8 and the other 5. Single parenting is a tough row to hoe no matter what, but doing it when you're a teen is especially heavy. Rose-Lynn wants to be young and free, able to take on a gig at the last moment and to move to Nashville if the opportunity ever comes up. She's dug her heels in on being a fuck-up, choosing bars and bad decisions over bedtimes and being present. She doesn't even want to admit fault for the crime that sent her to prison. She didn't know what she was doing; she was just doing it for the money offered her. Her mother is a support but a tired one. It's time for her wayward daughter to grow up and learn that nothing can be more important than your children—not even your dreams. It's a meeting in the middle that ultimately helps the two women to understand each other, but it's a messy road to get there. To coincide with the fantastic performances, the music in the film is phenomenal. It's potent and tender, and Buckley delivers a powerhouse performance. I can't wait to see more from her. 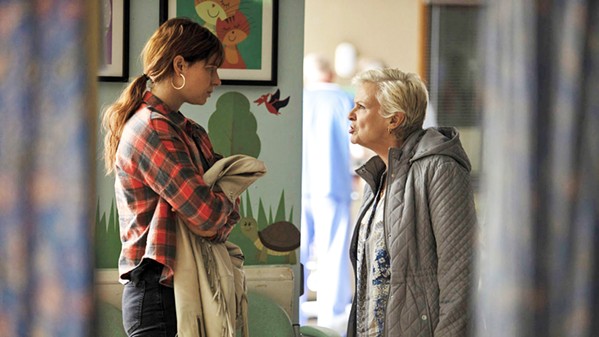 Glen Music is definitely a central element of the film, and Buckley's performance of key songs resonates. In an earlier scene, Rose-Lynn is dancing around Susannah's house, vacuuming and singing at the top of her lungs, and she imagines live musicians tucked into various corners of the rooms, playing along. At another point, Susannah is trying to help Rose-Lynn get in contact with BBC Two's The Country Show radio host, Bob Harris. She asks Rose-Lynn to sing a song a cappella into her computer to send to Harris, and it's so tender and beautiful it breaks your heart. It also gains Rose-Lynn an invitation to London to meet Harris and see a live radio performance. Rose-Lynn's buoyant spirit and bubbling energy are infectious, and I couldn't help but want her to triumph, but she's emotionally a long way from becoming stable. Harris encourages her by saying if she has a voice and something to say, she will be successful. The problem is she doesn't play an instrument or write her own songs. Tattooed on her arm is the phrase "three chords and the truth"—her definition of country music. Rose-Lynn has a voice, and she certainly has enough heartache to write 100 country ballads, but the film is also about her finding a way to express her truth and those deep emotions, and that's what makes it all so wonderful. I laughed and cried and would absolutely watch this film again. It's entertaining and moving and ultimately redemptive, just like a great country song.

Anna I was so satisfied with the resolve of the film. While we are rooting for Rose-Lynn to get her big break, it seems for a while at least that the choice is either stardom or motherhood—one a dream she can't bear to give up, another a responsibility that often feels like a burden to the young dreamer. She loves her kids to no end, but Rose-Lynn herself has a lot of growing up to do, and the road to Nashville never seems farther away than when she's locked up in their dingy apartment. Instead of staying in sadness, somewhere along the way a switch flips and Rose-Lynn busts booty to make the place a home, get her kids to school on time, make it home before her ankle monitor curfew, and generally pick up the pieces of her life. She's a really sympathetic character. Walters is her impressive self, a mother wanting her daughter to straighten up and fly right, but with little understanding of the insatiable drive Rose-Lynn has to dream big. I've recommended this one to a few people already. It really pulls at the heartstrings and offers up a rich story with great music behind it. I can't believe it's only playing in one theater in the area right now—be sure and see it while it's there! Δ